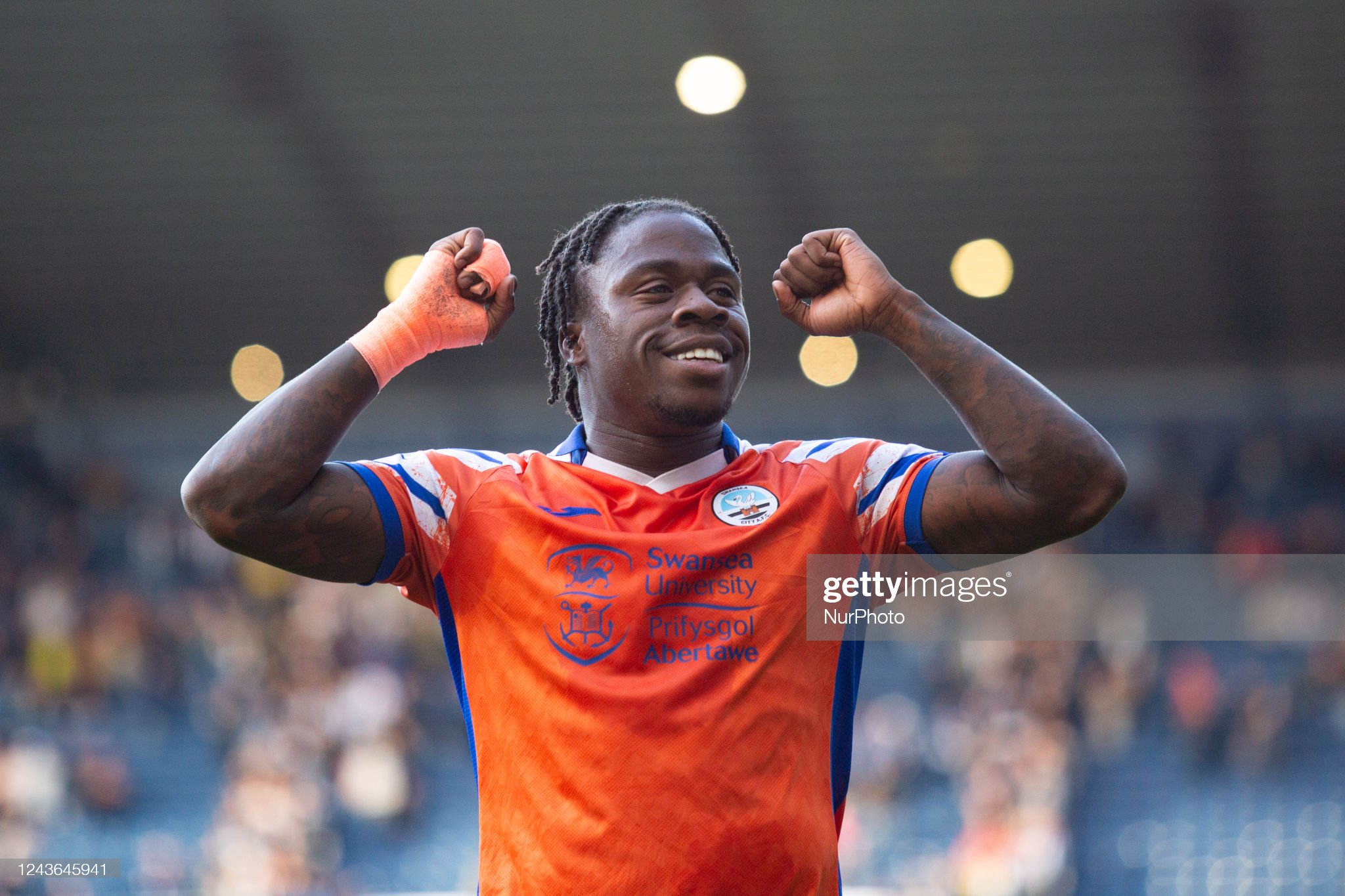 Michael Obafemi believes he has mended broken bridges with Swansea City fans after their reaction to his winning goal at West Bromwich Albion.

The Swans striker – who was booed by some supporters on his return to the team following prolonged links with a move to Burnley – scored the crucial late winner in a 3-2 victory at The Hawthorns.

Back-to-back victories have moved Russell Martin’s side into the top 10 of the Championship and leaves them just three points off the play-off places.

Obafemi admitted he was grateful for the backing he was given from his club’s supporters from the moment he came on as a 62nd substitute.

“I was happy that I got the goal, and now I just want to continue my form,” said the 22-year-old Republic of Ireland international.

“Obviously, because of what’s happened in the past, maybe it was a bigger goal. But I’m a Swansea player and I’m happy to be here and I just want to make the fans happy and all my team-mates happy as well.

“It was a good feeling to score and the fans erupted, I was just so happy. Our fans are brilliant, they always support us in numbers home and away.

“They were singing my name, which was nice, I’ve always loved the fans and it’s only onwards and upwards from here.”

Obafemi scored in the 89th minute after Swansea keeper Steven Benda had saved Karlan Grant’s penalty. The win followed a victory over Hull City before the international break.

But substitute Olivier Ntcham equalised for the Swans, before Grant saw his late penalty saved.

“I’m happy that I got on to get the goal and [Olivier] came on and did brilliantly too,” said Obafemi.

“I think we all know we could have controlled the game a bit better, but the three points were the most important thing.

“I feel like we ended up trying to play their game instead of focusing on our game and I think that’s why we ended up going two one down.

🗣️ “I am really, really proud of them and the best thing is we know we can improve a lot. We can be better than that in a lot of areas.”

Russell Martin spoke of his pride in the character of his young squad.

“Olivier came on, did fantastic and got a goal and assist, and then I got the winner but the main thing was that we got three points.

Angry West Brom supporters turned on manager Steve Bruce after the final whistle and there were chants of ‘You’re getting sacked in the morning’ to Bruce from both ends of the ground.

West Brom have won just once in the Championship this season, and not for six games.

Up until the winner, Benda, who celebrated his 24th birthday yesterday, had looked to be Swansea’s hero after saving Grant’s poor 81st-minute spot kick.

Head coach Martin said: “I’m so proud of the players for the character, the willingness to run for each other, and the trust they showed in each other at times to come back from going behind in the second half.

“A bit of anxiety crept in after we started the game so well. We limited them to very little in open play and we looked a real threat.

“Steven had a big moment with the penalty save, and the subs were incredible when they came on.”

Swansea City Captain Tells Axed Michael Obafemi: Clear Your Head And Get Back To Business

Bruce said: “I don’t expect reassurances. I will get on with the job. We need to turn it around and I’m convinced we will.

“At the moment things are tough. We’re nowhere near what is acceptable.

“And when I look around me and see managers gone and we all understand the game, but I’ve not given up yet.

“Had we scored the penalty, the game was ours but that’s where we are at the minute.”

“I can understand their [the fans’] frustration since I walked through the door. They’ve been great towards me but you can feel a frustration because of results.

“Apart from the first 10 games of last season, they’ve not seen enough wins in two years. I get it – they want to see their team win and we’ve good enough players to win matches, but we’re not doing that.”