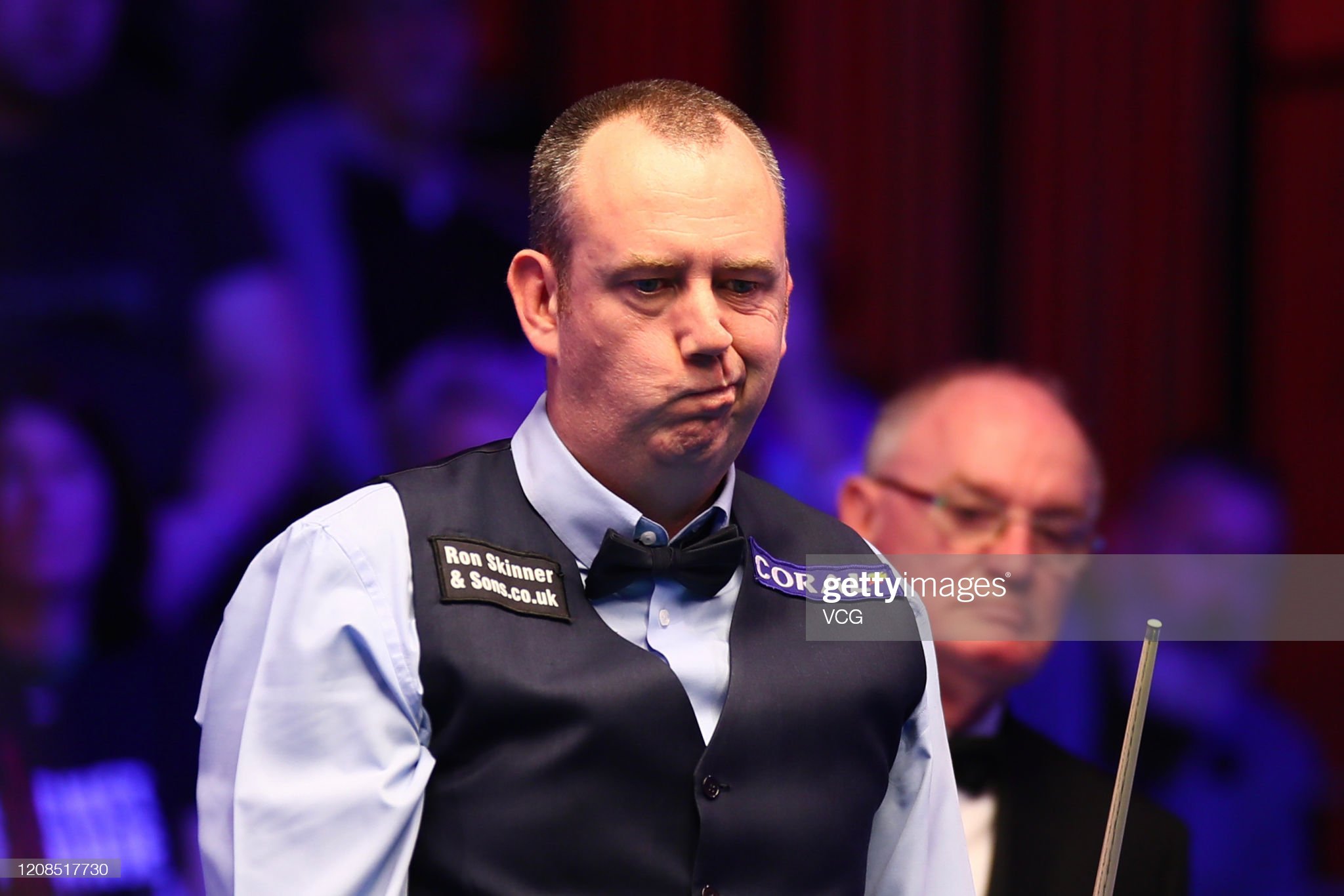 Mark Williams is hoping 23 years of experience can help him through to another World Snooker Championship final he strives to become king of the golden oldies.

Wales’ three-time world champion trails Scotland’s Alan McManus 5-4 at The Crucible in Sheffield in the first round battle of the roaring Forties.

Williams is encouraged by a renewed focus, however, as he leads a generation of ageless veterans into this year’s tournament.

The third seed began his campaign for a fourth title on Friday against McManus, who at 49 is the oldest player to feature in the main draw since Steve Davis reached the quarter-finals on his final appearance at the age of 52 in 2010.

The 45-year-old Williams and McManus are just two of nine players over 40 to feature at the Crucible this year, shifting the average age of the 32-man field to just above 35.

Williams’ third title win in 2018 made him the second oldest Crucible champion behind his fellow Welshman Ray Reardon, and the eighth consecutive player over 30 years of age to win the crown – a sequence only broken by Judd Trump’s victory last year.

The World Champion of 2018 Mark Williams is in trouble against Alan McManus who is playing very well! Tonight will be an exciting final session!

Check the statistics of Williams and McManus below! pic.twitter.com/KHEhU6DZ5C

And he believes the longevity of the current generation of stars is a result of their battle-hardened younger days when they were thrown in against the big names in pro-am tournaments at a stage when earning place on the tour remained a distant dream.

“I think one of the main reasons why there’s so many older players at the top is that when we started out, we would get battered in the pro-ams every weekend we just kept going back for more and building up our trade,” added Williams.

“Nowadays, you can just win a little amateur tournament and you’re on the tour for two years, and all of a sudden you’re playing Judd or Ronnie in the first round. The game is so easy now, but you’ve got to be so dedicated to make it right to the top.”

Having long expressed a casual and occasionally strained attitude to the sport, the prospect of Williams contemplating an extended swansong had seemed distinctly unlikely as recently as two years ago, when he intimated his surprise third final win could be his last.

He added: “I’ve been talking about quitting for a year or two but I’ve made up my mind that I’m not going to drag myself down worrying about these things. I’m just going to carry on and see where I am in the next five years.”

Williams said the pandemic restrictions have enabled him to strike a balance which will take him into this year’s event arguably as well prepared as at any time since his Crucible debut in 1997.

“It’s all been a bit boring – I’ve never watched as many TV series in my life – but the takeaways have still been open and things got better once they opened the golf courses back up.

“But when I made my debut in 1997 I would have been more than happy if I’d just won a couple of tournaments.

“I could never have imagined that I’d still be anywhere near the top more than 20 years later. But here I am at this moment in time, ranked third in the world at 45 years of age.”

Williams resumes against McManus at 7.0ppm on Saturday but off the table, tournament officials have been ordered to back-track on their painstakingly organised pilot scheme which had allowed a controlled number of socially-distanced spectators on the opening day.

World Snooker Chairman Barry Hearn struck a note of defiance by claiming there was still a possibility of spectators being admitted for the final, which is due to begin on August 15.

Hearn said: “There is an outside chance, maybe a bit skinny, that possibly for the final it might be relaxed. But that’s me being hopeful.