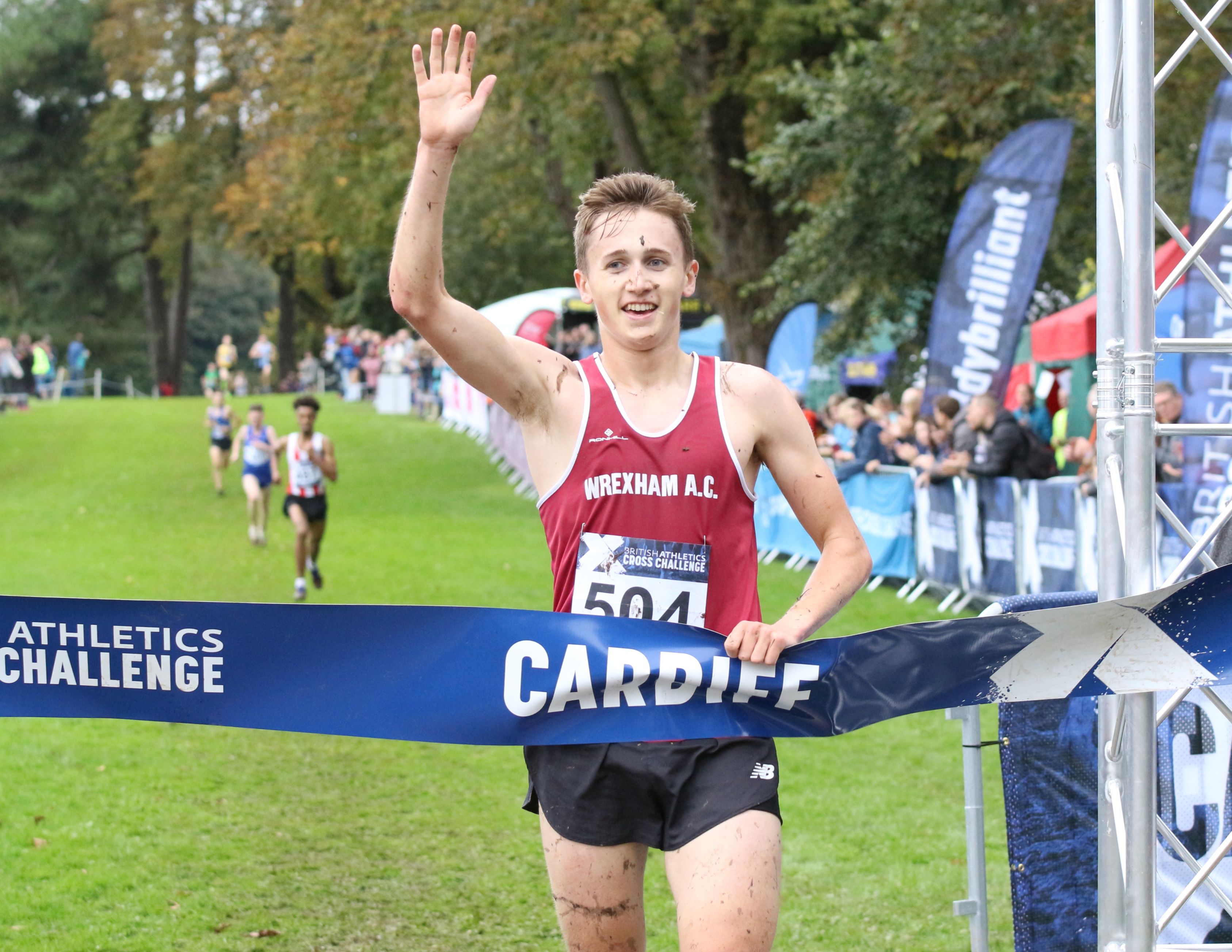 Wrexham’s Matt Willis is targeting a medal at next month’s European Cross Country Championship after sealing a place in the Great Britain team in spectacular style on Saturday.

The Welshman made it three wins out of three in the under-20 category of this year’s British Cross Challenge Series in Liverpool, having already won in Cardiff and Milton Keynes.

Saturday’s Sefton Park event also doubled as the British team trials for the European Championships in Portugal on Sunday, December 8.

Having clinched an automatic qualifying place on the GB team for the second year running, a delighted Willis said: “It was a flat course and I went out quite quick and then person by person, we kept picking up the pace.

“The aim was just make the top six but when I had a chance, I thought I’d make the break and managed to hold it,” said Willis, who covered the 6.7km course in 21:13 to win by 15 seconds.

“The target coming into the cross country season was to get selected for the Europeans and now my goal is a medal.

“It may be slightly out of reach but anything can happen when you come to a championship,” added the talented all-rounder who is also a world class triathlete.

Willis won’t be the only Welsh athlete on the plane to Lisbon, as a number of his compatriots clinched automatic spots.

Charlotte Arter continued her excellent cross country form this season to claim second place behind winner Jessica Judd in the senior women’s race and secure an automatic place on the GB team.

The Cardiff athlete, who won her home leg of the Cross Challenge Series last month, finished the 8.1km course 10 seconds behind Judd in a time of 28:32.

Leeds City AC’s Bronwen Owen, will head to her first European Cross Country Championships, after she was the first women’s under-23 athlete home in a time of 28:57, followed home by Cari Hughes, of Swansea Harriers in 29:35.

It was a remarkable performance by Hughes, who was running competitively for the first time since May due to injury, and who will look to emulate her under-20 team gold medal winning performance of last year.

The senior men’s race saw another Welsh qualifier in the shape of Kris Jones, who was the fourth home in the senior men’s trial, covering the 9.8km course in 31:05. The Swansea Harrier finished 12th at last year’s European Cross Country Championships in Tilburg.

With further discretionary places up for grabs when the GB selectors announce the final team on Monday, there may be additional Welsh athletes named in the squad for Lisbon, with Jenny Nesbitt having finished just outside the automatic  selection spots in sixth place in the senior women’s race.

There will also be places available in the mixed relay squads.

A number of other Welsh athletes produced excellent performances across the age groups in the British Cross Challenges events on Saturday.