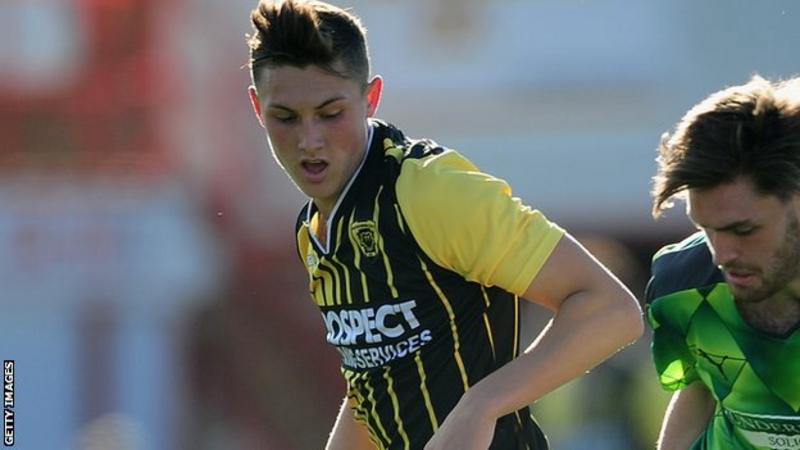 The arrival of Welshman Phipps is a major boost for Martyrs manager Gavin Williams following a series of player departures.

Phipps, aged 22, has also played for League Two Colchester United and Southern League Western-super-Mare and was most recently at Barry Town United.

Williams is working with one of the smallest squad budgets in the BetVictor Southern Premier, but he remains confident he will build a competitive group.

“It is disappointing when you lose quality players,” he said.

“Prior to the pandemic the club was in the best position we had been in for several years, and it felt like we were moving in the right direction.

“We all know the pandemic has had a huge impact on people’s health, freedom, jobs, the economy, and, of course, football at all levels has been impacted.

“As has been said, football is the most important of the least important things in life, so I understand the concern from the fans over the past week.

“The life of a manager at this level is that every summer we face the prospect of losing players. This has happened before and we have always worked hard to attract new players to the club, and we are doing this now.

“But when I speak to players the first question they ask is, ‘when will we back playing?’

“At the moment nobody knows and players understandably do not want to commit and want to keep their options open.

“Supporters will question how other clubs can sign players and we can’t?

“The ownership models of clubs are different, with some clubs having benefactors, for example.

“This can provide a certain level of finance and protection which is hard for a lot of clubs to compete with.

“We do have a limit and other clubs can offer terms to players we cannot match.  That is frustrating of course, but a fact of life.

“The Merthyr board are keen to ensure they do not put the future of the club at risk and I am talking to them constantly about next season and beyond.

“They are working hard doing as much as they can in this period of uncertainty.

“The fans have been great with their fundraising activities and the support they have provided at a tough time for the club.

“I understand their concerns and It is going to be tough returning to normal, but when we can get back to playing I know we’ll have their full support as we move forward together.”

Morgan is awaiting an operation on a knee, while Williams is in talks with Eliot Richards.

Defender Jarrad Wright is the latest player to leave the Martyrs, having made 269 appearances since joining in 2014.

“I’m gutted to lose Jarrad,” added Williams. “He is a fantastic player who has been great for us over the years.”

Merthyr Town chairman Howard King said: “On behalf of the directors and supporters I would like to say how disappointed we are at the departure of Ian Traylor.

“Ian has given 10 fantastic years to the club and has scored some incredible goals in his time.

“He will be very hard to replace, but I wish him every success at Penybont FC. I know it’s breaking his heart going, but he received a great offer which he couldn’t turn down.”

Goalkeeper Alex Harris and Lee Lucas are others to have moved on from Merthyr.