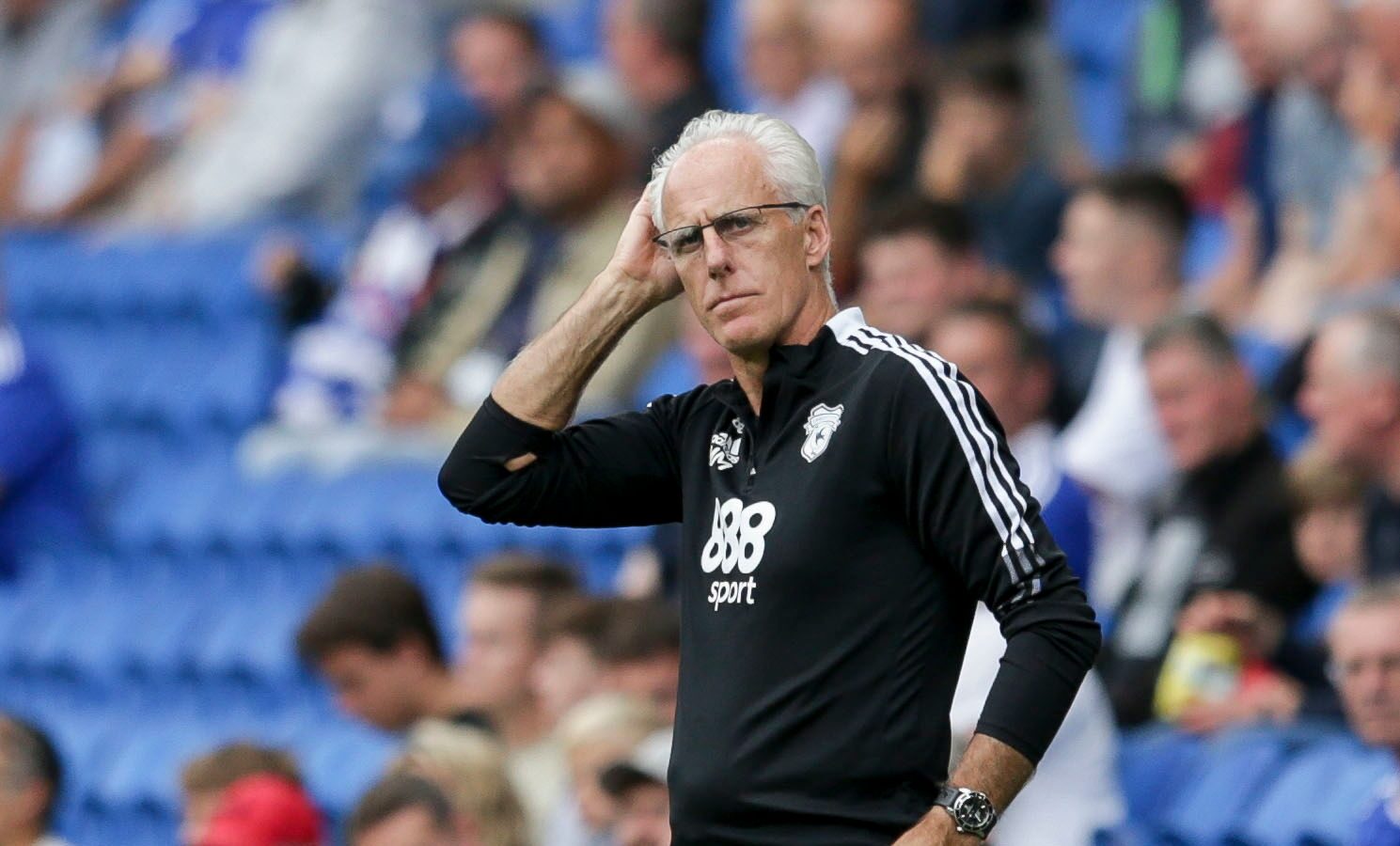 Mick McCarthy insisted he has not “lost the dressing room” but admits whether or not the board still back him at Cardiff City is another matter.

The Bluebirds manager conceded he is powerless to determine his own immediate future after the club’s former striker, Junior Hoilett, gave Reading a 1-0 victory at the Cardiff City Stadium.

The decision not to offer Hoilett a new contract in the summer was McCarthy’s, but the question of whether it is time for the manager to now go will not be in his hands – a fact McCarthy conceded after his fifth successive defeat and seventh in eight matches.

“All those other things, that’s for other people [to decide], not me,” said McCarthy.

“I can only control what I do on the football pitch and what the team does. I thought it was good today and I was really proud of it. I’m just disappointed with the result.”

Whether McCarthy is still in charge by the time the international break ends will be up to owner Vincent Tan, chief executive Ken Choo and chairman Mehmet Dalman – the same trio who appointed him just nine months ago.

But his predecessor, Neil Harris, was sacked on the back of five defeats, so on that basis it would appear time for McCarthy depart.

Revenge can be so, so sweet

Junior Hoilett scored his 1st goal for Reading today, & it was a big one, as it was the lone tally in a 1-0 win over his last club, Cardiff

With the W, Reading climb to within 2 pts of a playoff spot

With no recent results to act as a shield, it was left to the Yorkshireman to play the only other cards available to him – the matter of whether or not the players and the fans are still behind him.

Both, he insisted, are still in his camp and it was true that Bluebirds supporters did not join in opposition fans’ chants that he should be given his P45 at dawn.

“On Tuesday night (after a 4-0 defeat to West Bromwich Albion) everyone starts asking, ‘Have you lost the dressing room?’

“Well I think that shows from that performance, no, I certainly haven’t. That performance shows that we can get a response and play as well as we did.

“Me and TC (assistant manager Terry Connor) will try our best to continue to do that.”

Cardiff might have ditched McCarthy by the time they meet rivals Swansea City on October 17, but their problems run far deeper than his nine-month stint.

Short-term thinking, poor recruitment strategy, and an absence of any football knowledge in the hierarchy leaves them looking more likely to be relegated than promoted.

In all competitions, Cardiff have lost seven of their last eight games and their next fixture is arguably the most important to their supporters – a Welsh derby at their neighbours Swansea City, who are now above them in the table.

Hoilett – who left Cardiff on a free transfer in the summer – chose not to celebrate his goal, as is the fashion, but that will not have lessened the pain felt by Bluebirds supporters at a club where costs have been cut and excellence abandoned.

McCarthy’s side had 25 efforts on goal, but only five were on target and they have no-one with Hoilett’s calm presence in the danger area.

His goal, in the 38th minute, was enough to earn Reading a fourth victory in five game which moves them up to 10th, but only two points off the top six.

Former Wales defender Danny Gabbidon – whose association with Cardiff goes back over 20 years – had described the club’s midweek defeat as the worst he had ever seen, giving McCarthy food for thought.

The manager’s response was to make four changes, the most significant of which was to recall fit again Joe Ralls and for the opening half hour the midfielder was able to provide some much needed energy.

I think what some Cardiff City fans need to realise is that if we do sack Mick McCarthy. Why would the likes of Frank Lampard, Chris Wilder, Eddie Howe even consider coming to Cardiff we little to no budget, players who play a direct not possession based style

Ralls was the prompting influence, but chances were spurned by Mark McGuinness, who headed over and Aden Flint who turned and scooped the ball over from six yards.

Cardiff were already trailing by the time of Flint’s error. Just before the interval Reading  exposed vulnerability when a poor defensive header was picked up by Hoilett.

The former Bluebirds’ striker’s easy control and accurate shot into the far corner would have felt familiar to home fans and a reminder of days when their weaponry was not so crude.

After the break, Cardiff dominated in terms of territory, but their opportunities were snatched at and they found the courageous goalkeeping of Luke Southwood a barrier they lacked the subtlety to overcome.

Reading manager Veljko Paunovic said: “I am so proud of our performance, our team spirit and the grit we showed. We needed that grit to give us a vital three points.

“It was another clean sheet and although it wasn’t pretty I think we should be very pleased with the progress this team is making.”