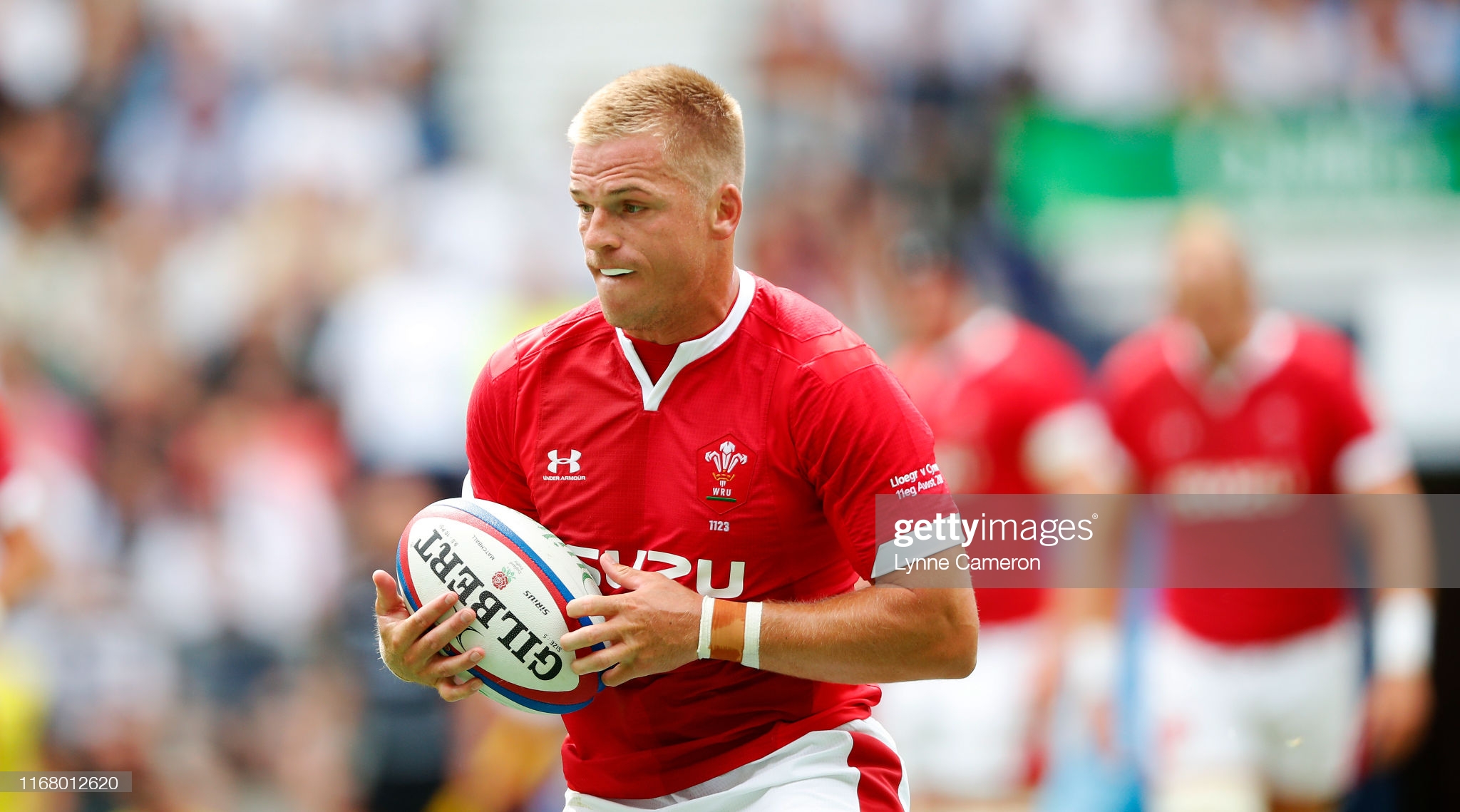 Gareth Anscombe admitted he still has some way to go before he is back to his best as the countdown begins to Wales’ autumn internationals.

Anscombe kicked all of the Ospreys’ points – as they beat Cardiff 18-14 – in only his second competitive game back from a two-year injury lay-off.

It made two wins from two in this season’s United Rugby Championship for the Ospreys and more encouraging progress from their Wales No.10.

With both Dan Biggar and Callum Sheedy unavailable for the opening November Test against New Zealand – which is outside the officially sanctioned Test window – there will be a clamour for Anscombe to return on October 30.

But he admitted: “I am still finding my feet and there will be a lot of rustiness.

“There is a lot to work on but I am pleased the body has held up. These short turnarounds have tested me but I am just enjoying wearing a black jersey (Ospreys) with the boys.”

But his regional coach Toby Booth has urged caution ahead of any quick return to the Wales No.10 shirt.

“I personally think he needs more time in the saddle but that is not my call,” said Booth.

“The more time he spends in the saddle the better he will become. We need to be very careful about expectations and physically what we put into him.”

Anscombe gave the hosts an early lead with a tremendous penalty from the halfway line.

The Ospreys pack held the upper hand, but they would have been wary of a dangerous Cardiff back line.

Anscombe doubled the home side’s lead with another three points after Seb Davies was penalised for an early tackle.

Chuffed to bits for @Gareth_Anscombe 🙌

Cardiff finally got in the Ospreys’ half, winning a penalty in the process. Priestland lined up to take the shot at goal, with the kick hitting one of the posts.

What should have been dealt with comfortably by the hosts turned into a disaster as Owen Watkin hesitated and Wales wing Josh Adams pounced to score on his first appearance since the British and Irish Lions tour.

The Ospreys responded by turning the screw up front, with their maul and scrum putting their visitors under pressure.

Scrum-half Tomos Williams then tackled Luke Morgan without wrapping his arms and was punished with 10 minutes in the sin-bin.

The Ospreys were also temporarily reduced to 14 men, with Michael Collins sent to the bin for a deliberate slap down just when Hallam Amos had worked an overlap. Anscombe kicked yet another penalty after Cardiff crumbled at the scrum.

The last 90 seconds of the first half were extremely hectic as Anscombe intercepted just outside his 22 and chipped ahead. Owen Lane covered, but instead of taking the safe option and kicking the ball dead, Amos decided to run it as he galloped up the touchline.

🗣️ “We can be a hell of a lot better, but it’s an important one for us at home.”#URC #OSPCAR pic.twitter.com/Ywnbul6u0l

But a promising move came to an end with tight-head prop Tomas Francis winning a penalty at the breakdown, meaning the hosts turned around with a 12-7 lead.

Cardiff came out of the blocks firing in the second half with some strong carries deep in the Ospreys’ 22.

After a period of sustained pressure, some lovely handling from Williams and Rhys Carre allowed Lane to touch down at the far right-hand corner, with Priestland converting from the touchline.

However, the Ospreys retook the lead almost immediately through Anscombe’s boot. The former Cardiff man then extended the hosts’ lead soon after, and Cardiff failed to find a way back into the game.