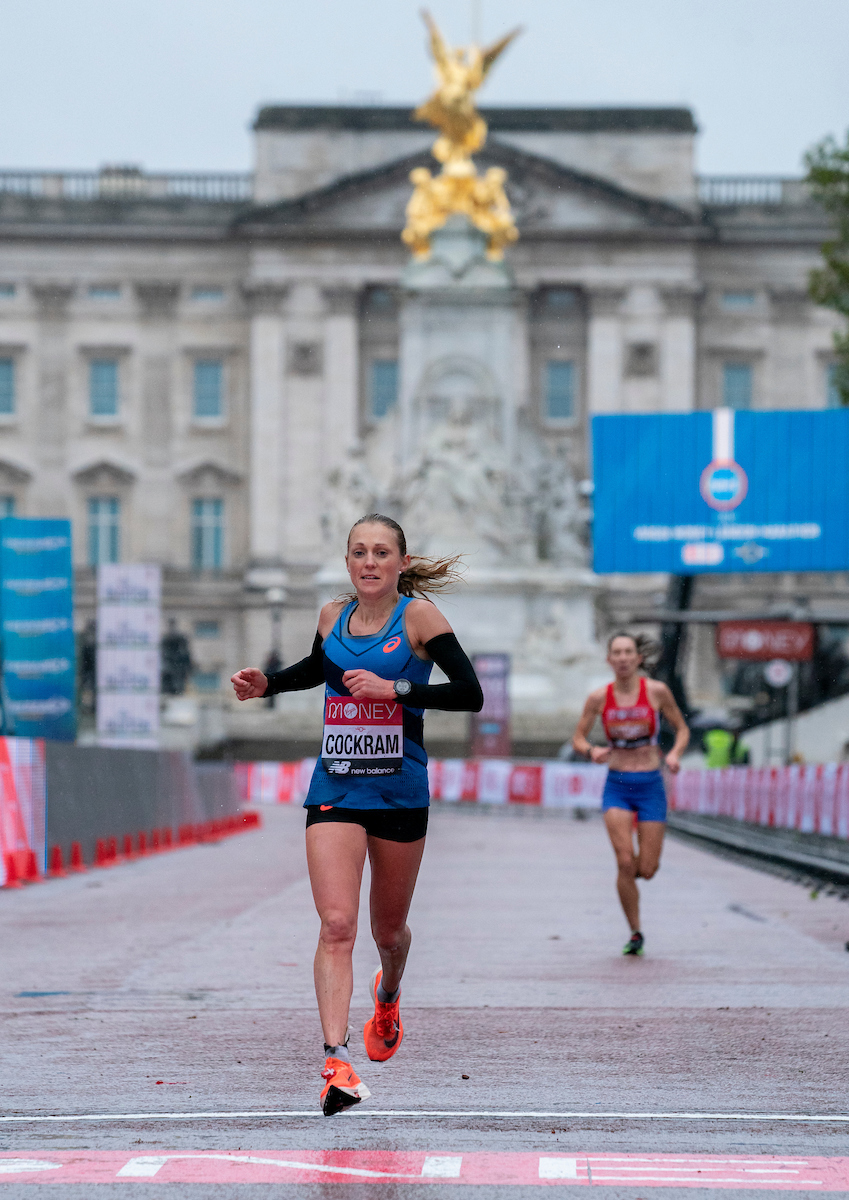 Welsh marathon runner Natasha Cockram is in a race against time to raise funds to boost her Tokyo Olympic challenge.

Cockram, who won the British women’s title at the London Marathon last month, planned to travel to the United States for a marathon organised to help athletes achieve the Olympic qualifying time.

But extra costs surrounding stringent COVID-19 testing means Cockram is finding it difficult to justify the extra spending to chase her Olympic dream.

The Micky Morris Running Club member was planning to compete at the Marathon Project elite race in Arizona where she hoped to reduce her PB by the 79 seconds she needs to gain the Olympic qualifying time.

But having given up a full-time job to concentrate on her running career, Cockram has seen her athletics earnings almost completely dry up because of the COVID-19 crisis.

The Gwent runner has returned to part-time work, but is struggling to cover the cost of travelling to the December 20 race with time running out fast.

Due to quarantine restrictions, Cockram would need to travel to America by the end of next week. Any support from potential sponsors to help cover the costs would be hugely welcome.

The 27-year-old told Dai Sport: “I am happy to pay for at least the flights and accommodation, it’s just the cost of the PCR COVID testing which I wasn’t expecting on top of all that. I thought it would just be the normal COVID test.

“But the PCR tests are about £180 each and I require two. So if I could get the COVID test covered that would be a massive help and I could fund the rest of it. So any funding would potentially mean that I could go.

“I was hoping to have a few races to earn some prize money, which, obviously because of COVID, we haven’t had.

“I don’t know whether that’s the reason sponsorship opportunities aren’t there, because of COVID or whether they wouldn’t be here anyway, COVID or not.”

In order to gain selection for the Great Britain team for Tokyo, Cockram needs to achieve the 2:29.30 qualifying time. She must also gain one of the qualifying spots when she runs at the recently announced Olympic marathon trial.

The trial is to be held in London on March 26 next year. But many athletes are concerned the Kew Gardens course is not suited for running fast times.

Many, like Cockram, are searching for fast races ahead of the trial in order to gain the qualifying time.

Cockram says next month’s marathon at the Gila River Indian Reservation in Chandler, Arizona, is the perfect opportunity to gain the qualifying time ahead of the official trial in London.

“This race I am hoping to do has only been put on because there are so many races being cancelled,” says Cockram.

“So there is no money in it, which is actually why the race organisers aren’t able to offer any funding or help.

“London, for example does cover expenses and a lot of the major marathons do. But because this one has been put on purely to help people out, they don’t have that money behind them.

“The majority of the field are American runners, but it has been put on purely to get the Olympic qualifying times. There are pacers and everything geared towards getting the Olympic standards.”

Missing out on the chance to clock the qualifying standard on a course geared for fast times will be a blow to her Olympic hopes, says Cockram.

“It will definitely make things harder, especially with the news about the Olympic qualifying course being at Kew Gardens, which a lot of athletes aren’t happy about because it is a slow course.

“I have not really looked at it because I just think it is what it is. But it would make it harder to qualify if I wasn’t able to get the time prior to the Olympic trial.

“Apparently there are a lot of sharp turns and really narrow paths. It’s almost like it’s being put on merely to trial those who have already got the standard so it’s not a true trial.

“Obviously we will put everything we can into getting the time. I’ve not written it off completely, I still think that if you are good enough, you will get the time. It will just be a lot harder than it should be.”

Athletes had lobbied for the British trial to be held on the same St James’ Park course where Cockram produced a brilliant run to win the British title last month, despite having been hampered by injury before and during the race.

They had also suggested the trial should be run on a first three past the post format, irrespective of whether the athletes had gained the qualifying time.

However, with St James’ Park unavailable, it was decided Kew Gardens was the only course suitable to hold the event safely under COVID restrictions.

Race organisers insist everything is being done to make the trial course as fast as possible.

In the meantime, Cockram is doing all she can to find support for the Arizona race and beyond having given up her full-time job to concentrate on athletics at the start of the year.

“I was hoping to pick up a sponsorship deal with a brand even if it was just a low base salary which hasn’t happened because of COVID, I’m guessing.

“The way it’s going, it looks like I may have to go back to full time work if I can’t get the funding, because I still have mortgage and bills to pay as well.”

Cockram works part-time as a researcher for the Police, who she says have been extremely supportive of her running career.

But she adds: “Part time isn’t really cutting it at the moment. It’s enough to get by but going from full-time to part time with the hope that running would pick up hasn’t really gone to plan.

“If there are any sponsors out there, I would be very interested.”