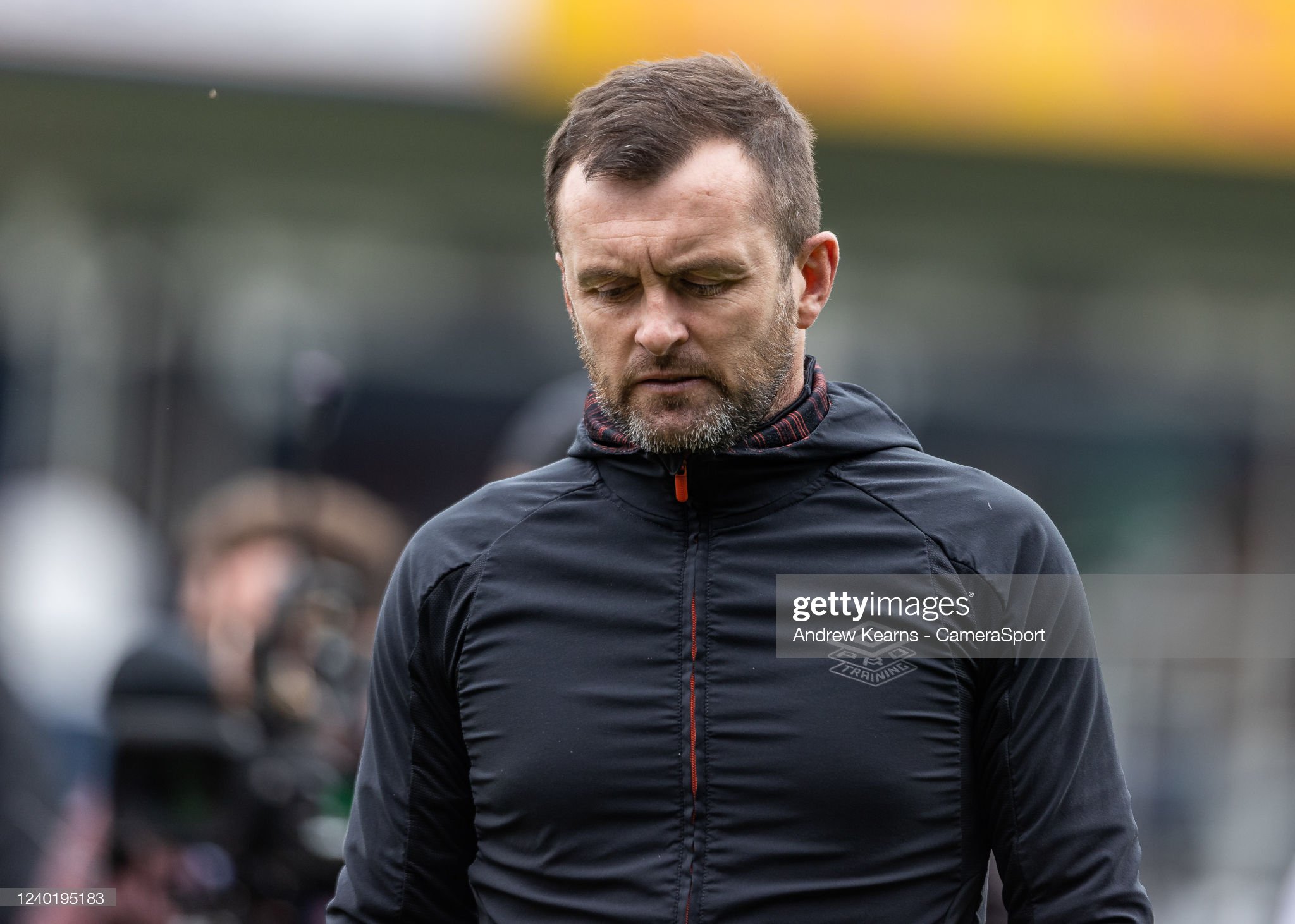 Nathan Jones insists he can still guide Luton Town into the Premier League – despite suffering a 7-0 thrashing at Fulham which clinched the Championship title for their hosts.

The Hatters’ Welsh manager believes his team can recover quickly from their biggest defeat of the season and claim the victory at home to Reading in their final game on Saturday which would clinch their play-off spot.

The hammering – in which Aleksandar Mitrovic’s two goals gave him the highest-scoring English league season record for over half a century with 43 – saw Luton drop down a place to sixth.

While a place in the play-offs is still in their hands, they need to beat Reading to ensure Middlesbrough cannot overtake them.

Jones said: “We’ve got to dust ourselves down, make sure we’re ready for a home game and win. That’s what we have to do.

Through thick and thin.

Thank you for your support on the road 👏#COYH pic.twitter.com/CZfwaehe3q

“It’s a tough day for us. It’s not going to come down to goal difference, I’m sure so we’ve got one game to make sure we win it, and we would have taken that at the beginning of the season.

“Let’s look forward to that, rather than dwell on a poor performance – they were good, but we weren’t aggressive, didn’t defend our box well and in the end felt a bit a sorry for ourselves.”

Fulham’s Wales striker Harry Wilson had three assists in the match which took Fulham up to the 90-points mark, even though they had won just once in their previous five matches.

Serbian striker Mitrovic has surpassed Guy Whittingham’s 42 goals for Portsmouth in 1992-93, the most in the current 46-game league format, by one with one game remaining of the Championship season.

Jones added: “Everything about it [the game] didn’t go right. But that’s football and we can’t dwell on it… We’ve got four days now to be ready for our biggest game in a long time.

Aleksandar Mitrovic has broken a 19 year record with his 43rd Championship league goal against Luton Town. 🔥

“Congratulations to them, they’ve won the league and they’re the best side in the league.

“We’re an aggressive side, we want to play in a certain way, but I’ve got nine first-team players out. Pace, power, my front two were missing today. I couldn’t play Harry Cornick, who was on the bench, I couldn’t bring him on.

“We’re missing five midfield players, both wing-backs. It’s the equivalent of them having nine players out, including Mitrovic and going to Man City – that’s the difference in what it is.