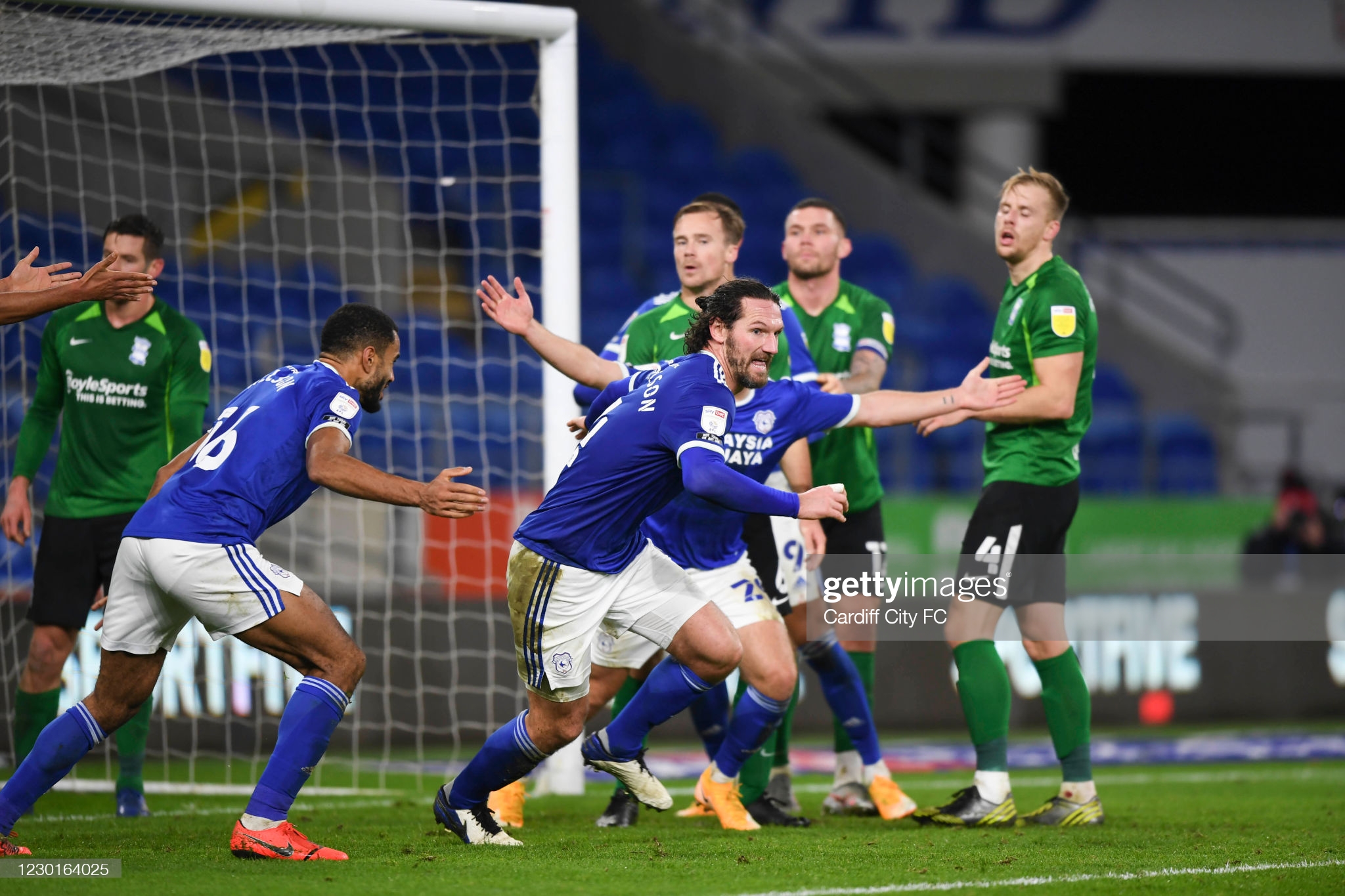 Neil Harris believes Cardiff City’s dramatic comeback win over Birmingham City can be a turning point in their push for promotion.

The Bluebirds trailed 2-1 on Wednesday night, but rallied with goals from Harry Wilson and Sean Morrison to seal a 3-2 victory.

“Winning today doesn’t take the hurt away from Saturday, we can’t do that until March, but five wins from six, in the middle of a difficult run fixture wise and the stinging criticism that came our way Saturday, is not bad.

“Obviously it breeds confidence and galvanises the group again. Now we have a tough seven days with Norwich and Brentford at home, two sides I expect to be in the top six.

“But we went to Watford and Stoke, two teams in top five and won at both, we’ve shown we can compete and hopefully we can get one or two back from injury or suspension.

Robert Glatzel gave Cardiff an early lead after Jake Clarke-Salter’s defensive error, before Marc Roberts levelled with a low drive from the edge of the box.

Ivan Sanchez weaved his way through the Cardiff defence to score a stunning solo goal in the 57th minute. And it looked as if they would claim all three points when Neil Etheridge denied Glatzel a second from the spot with a sprawling save.

But Wilson and Morrison scored a pair of late goals to complete the comeback and make it five wins in six matches for Cardiff, who are up to 10th in the Championship.

“I went through every emotion to be fair,” added Harris.

“The first 25 minutes was excellent, excellent football, forward, between the lines, over the top, we got in front and could have been more in front.

“We didn’t deserve to be behind, your ex-goalkeeper saves the penalty, but fair to the guys to come back. We took a winger off put a second forward on to be more attacking and it paid off.

“Even when he missed the penalty, he didn’t shy away from it. He still took the ball in and made the right runs.

“He wants to produce more for us, and he’s had to be patient. But he’s got three goals now, and he’s a very good finisher.

“Harry scored a goal and got the assists, and wherever we play him, he’s going to impact the game. He knows the Championship now, and we know he’s the sort of player who might not be in the game for 15 or 20 minutes.

“He has to work hard and be diligent to help us out, but then he has those moments of magic.”

Birmingham manager Aitor Karanka says his side must overcome individual mistakes if they want to climb the table.

“We need to learn, because we had individual mistakes against Watford as well, they have been awful for us.

“We should have been better in the first 20 minutes with the way we approached the game, when you don’t start then it takes time but we finished the first-half much better and then when we had control of the game we had two or three individual mistakes which cost us.

“When you play away from home, score two goals and have the game under control it is very disappointing.

“Ivan Sanchez was due a goal and deserved the one he scored today. Unfortunately, the result wasn’t good for us, we have to keep going and look ahead to the game on Saturday.”