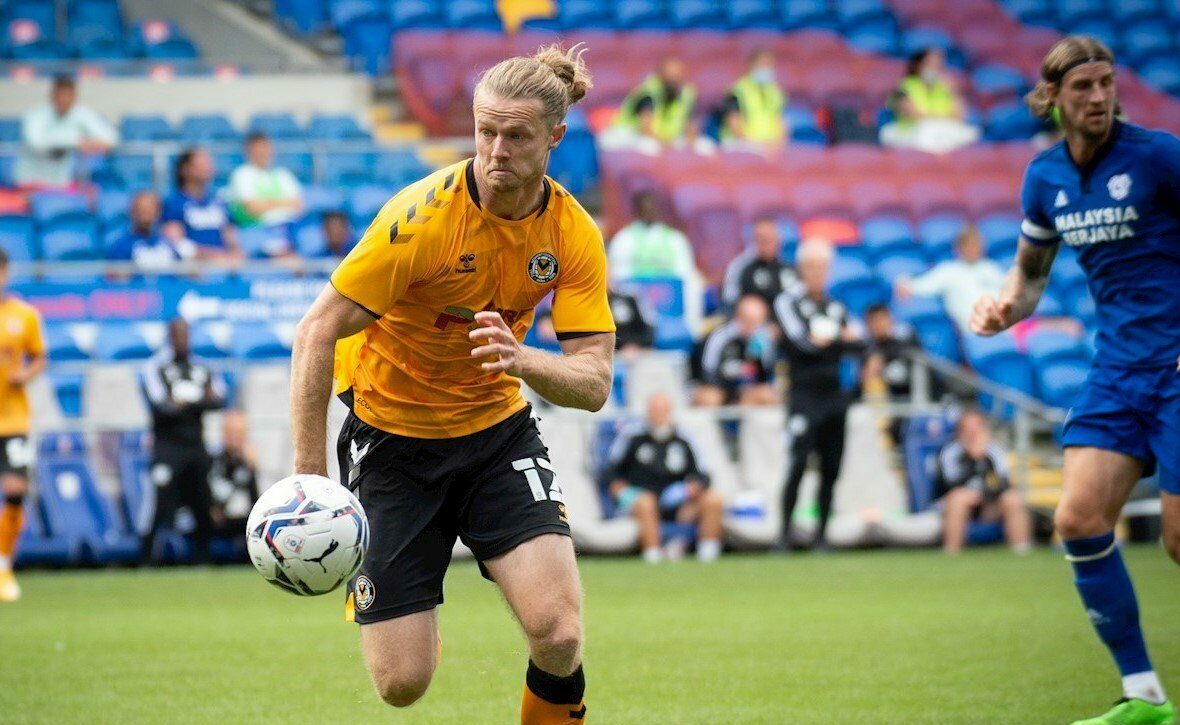 Newport County AFC have bolstered their attacking options with the signing of experienced striker Alex Fisher ahead of their clash with Mansfield on Saturday afternoon.

Fisher becomes County’s 13th addition of the summer window and has put pen-to-paper on a contract that will see him remain at Rodney Parade until 2022.

The former Exeter City striker, who departed St James Park in the summer, spent the previous two campaigns with the Grecians, making 46 appearances.

Fisher began his career at Oxford United and went on to enjoy stints in Spain, Belgium, Italy and Scotland. He has also spent time in the Football League with Mansfield Town and Yeovil Town.

The 31-year-old spent time on trial with the Exiles during pre-season and featured against Undy AFC, Cinderford Town and Cardiff City.

After signing the new deal, Fisher said: “I’m absolutely delighted to be here because it’s a big club with big ambitions, so I’m pleased to be onboard.

“The club’s record in the past few years with them being towards the top end of the table has been one of the contributing factors in my decision to come here.

“I know quite a few of the guys in the team and spoke to the manager quite a bit in the off–season, so when the opportunitycame around it was an easy choice.

“I’m a big guy, I like to put myself around and I pride myself on my work rate. You’ll always get 100% from me and I like to think when the chances come around, I’ll put the ball in the net.”

Manager Michael Flynn added: “Alex spent time with us in pre-season and he’s arrived full of hunger from day one. He put in some good performances in the games he featured in too.

“He has plenty of experience playing in this division, he can help link play for us, and I’m hopeful he can have a positive impact on some of the other players in the squad.

“He’s another good option up front for us and I’m pleased that we’ve been able to get this deal done.”