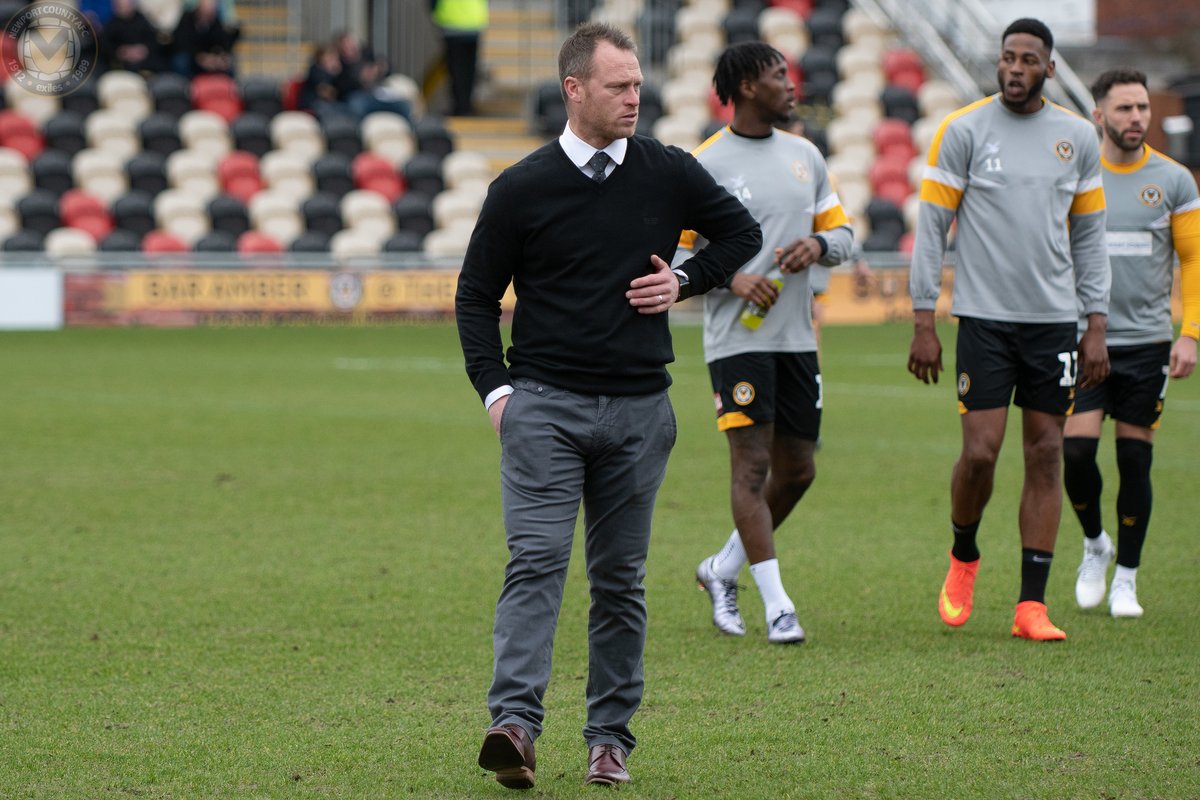 Newport County are keeping things tight in their quest to make a late dash to snatch a League Two play-off slot.

The Exiles are five points away from seventh place with six matches left and their remarkable defensive record is keeping hopes alive.

Goalkeeper Joe Day has conceded only one goal in the last four fixtures – and County’s defence has only been breached once in their last nine home matches.

“I’m absolutely buzzing about that,” said manager Michael Flynn after Newport’s goalless draw against highly-placed Swindon Town. “One goal in our last nine home league games. That is a fantastic stat.

“The defence are running their socks off.

“Six games to go, a five points gap, game in hand. Why wouldn’t I be confident?

“This league is unpredictable, it’s tough. The frustrating thing is that if we had won against Swindon it would have been huge for us.

Flynn is hopeful that Joss Labadie and Jamille Matt, both injured against Swindon, will be fit to face Cambridge United at Abbey Stadium.

“Cambridge will be a difficult task. They are near the bottom and probably need a win to stay safe so it’s going to be a tough game.

“We’ll hopefully go there with a fully fit squad. Scot Bennett will be back as well.”

The U’s are battling to stay outside the bottom two and are currently eight points ahead of Yeovil and Notts County who occupy those places.

Newport have won their last five matches against Cambridge across League Two, Carabao Cup plus FA Cup, and former Spurs defender Colin Calderwood, who is head coach at Abbey Stadium, says: “Everybody has seen how Newport have performed through the season, especially in the FA Cup and they are a dangerous outfit.