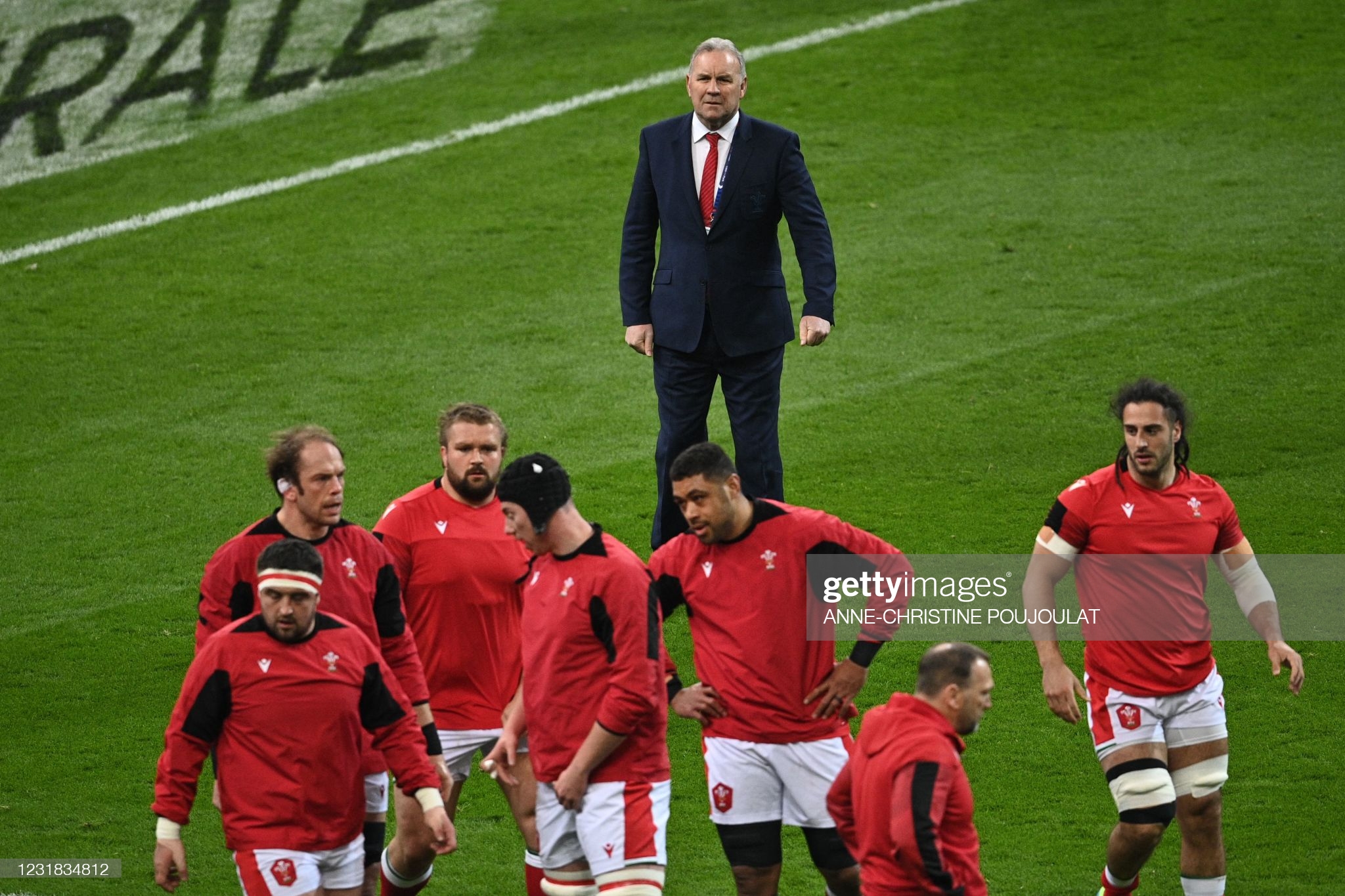 Wales head coach Wayne Pivac says he was left “numb” after his side were denied a Grand Slam as France snatched victory in one of the most exciting Six Nations climaxes in history.

With 10 minutes remaining in Paris, Wales were leading by 10 points with France reduced to 14 men, but then they had two players sin-binned and were pegged back by a Charles Ollivon try.

Brice Dulin then scored another try in stoppage time to secure an astonishing 32-30 win that leaves both teams still in the hunt for the title but with Welsh Grand Slam hopes gone.

“It’s quite a numb feeling. The boys have put in such a fantastic effort,” Pivac said.

“It wasn’t to be. It came down to the last play of the game.

“We were down two players, down on the penalty count and on a final warning. It was hard to defend at that point but the guys had done tremendously well to hold out.

“It was one too many attacks. Certainly our discipline didn’t help us in the last 10 minutes.

“At the end of the day, the penalty count got up and we knew what would happen there with a final warning.”

It had all been going so well for Wales, who stood toe-to-toe with the hosts and then edged clear on the scoreboard in a second half full of incident where the TMO was seemingly involved in almost every decision.

“There was a major point for us where we got a big drive going,” Pivac said.

“There was a yellow card but I was expecting a penalty try. If that happens, it’s probably championship and Grand Slam.

“The players were so close and yet so far. It’s a tough time, but we have to be proud of the effort.

“To go from a Grand Slam to waiting for six days is frustrating. But there’s nothing we can do now but sit back and watch next week.”

Wales’ title hopes depend on France not beating Scotland with a bonus-point and by 21 points next Friday.

Question: How disappointing was that?

Wayne Pivac: We came here to hopefully end the championship with a Grand Slam, if not a championship.

But it wasn’t to be. It came down to the last play of the game. That was obviously very disappointing for the players and everybody concerned from our end.

Obviously, it was a pretty exciting game for those watching, no doubt.

Q: What happened in those closing minutes?

WP: We were down players at that point and we got down on the penalty count. I think it was 15-5 in the end.

We were on a final warning and we lost two players, so it was very difficult to defend at that point, 13 on 14. But the guys have done tremendously well to hold out the French attacks at the goal line.

There were several in that last few minutes but, obviously, there were just one too many.

Certainly, our discipline in the last 10 minutes didn’t help us at all.

Q: What’s the atmosphere like out there right now?

WP: It’s quite a numb feeling, really. The boys put in such a fantastic effort. The game went pretty much to plan in the first half – the French tend to score a lot of points in that last 10 to 15 minutes [of the half] during the course of the competition.

We’d leaked a few at that point in previous games so we wanted to get to half time close and we did. I think it was 17-17.

For us to go ahead 27-20 with 20-odd minutes to go and then there was a major point for us. I thought we got a fantastic drive going and there was a yellow card.

For me, I was expecting a bit more than a yellow card, I thought maybe a penalty try but it wasn’t given.

It was a bit frustrating because, at that point, it’s 34-20 and I think it’s probably the Championship and possibly Grand Slam.

Q: Do you feel like that was the turning point in terms of your team losing the game?

WP: We’d have been very difficult to beat at 34-20. The lift that gives you… the French would have had to score three times.

Even if they’d scored twice, a draw gives us the Championship.

It wasn’t given, so we had to continue on. At the end of the day, the penalty count got up and we were on a final warning, so we knew what was going to happen at that point.

It was just desperately frustrating and the players, obviously, got so close and yet so far. It’s a tough time for them.

A great game of rugby.

Congratulations to France, but we’ll done both sides on a wonderful match which had everything.

Disappointing as it was for Wales, Wayne Pivac and his team deserve much credit for giving us such a great ride this 6N.

Now we go away and wait six days to see the outcome of next week’s game.

Q: Fabian Galthie has just made an extraordinary allegation, saying your players’ reaction got Paul Willemse sent off and that you specialise in getting your opponents red cards?

WP: I don’t really have any comment on that. The match officials are running the game and they have plenty of replays.

As you probably saw, it went on for some time. They went through a process and that’s what the officials are there to do.

Q: How frustrating is it now that everything is out of your hands?

WP: It’s very frustrating. We were sitting there urging the team on in the last play of the game.

To go from potentially a Grand Slam performance to sitting back and waiting six days is frustrating.

A tournament that exceeded all expectations for Wales…..tainted by a brutally harsh lesson to finish.

Discipline and game management exemplary until the final minutes in Paris. Disappeared when needed most.

But there is nothing we can do now except sit back and watch that game next week.

Q: When you were not awarded the penalty try, did you give any thought to kicking to the corner instead of taking the three points?

WP: We’ve got a very experienced captain. We looked at the options open to us there. A scrum was an option, definitely.

But we were quite comfortable with the three points at the time. We back the decision of those on the field because they’ve got a feel for the game obviously.

There was still plenty of time left in the game for us to build on that 10-point lead.

You don’t scoff at three points with a 10-point lead. We’re certainly not looking at that as a major incident in the game.

It was more a lack of the seven points [penalty try], which we would have preferred.

Q: Can you just explain the decision-making around replacing Dan Biggar on 67 minutes?

WP: He had some cramp in a calf just prior to that. At that point, we felt like we needed some fresh legs.

We were defending quite hard and we made multiple subs around that time.

Q: Can you just describe your emotions in that final passage?

WP: It was quite chaotic. You had the French management obviously being very vocal because they were cheering their team on.

We were very vocal in hoping for a big hit and a turnover. It just had everything in that last 10 minutes.

We’ll probably go away and reflect on it. It was probably one hell of a game. It was a frustrating last passage, certainly.

Q: How do you rate France’s chances of beating Scotland by at least 21 points and getting a bonus point, which would give them the title?

WP: I hope they don’t! Look, it’s a tough one. It’s a very good French side as you saw today.

When we got to a position in the game when we should have kicked on, they just kept coming and coming. They’ve got a lot of big men and they come hard onto the ball.

They put us under pressure. Especially at home, they’re a quality side and it’s going to be a tough ask for Scotland to come here and win the game.

But we’ll be watching eagerly and we’ll just wait and see what happens.