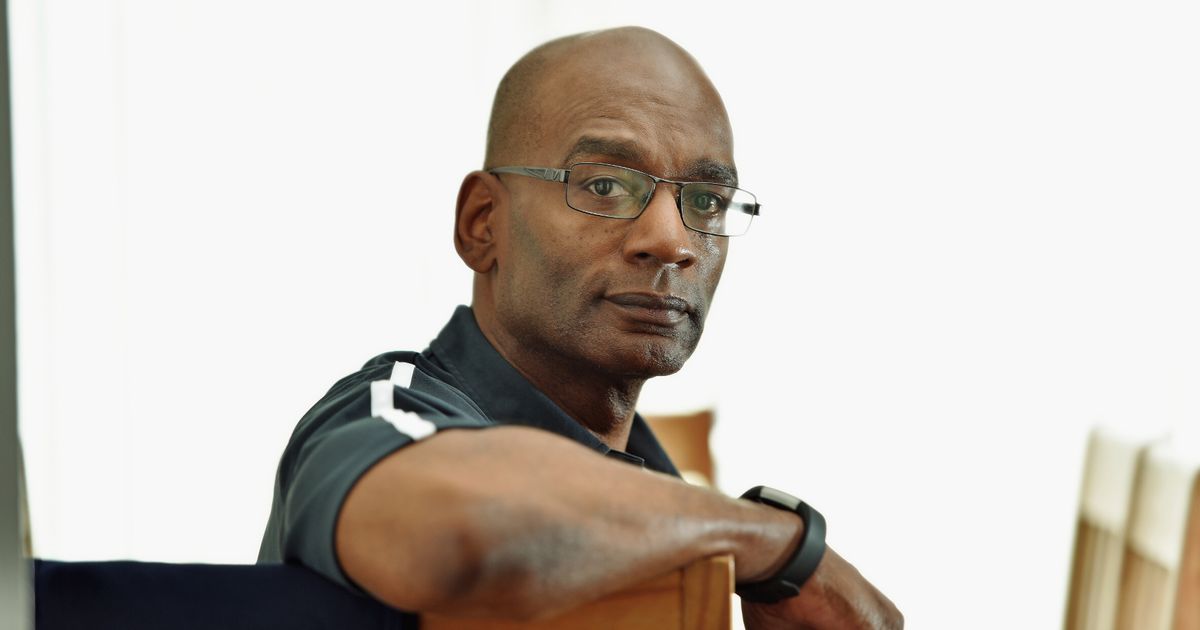 The last few months has seen high profile stars from the sporting world take a knee in a bid to halt racism in sport. But former Wales wing Nigel Walker explains to Graham Thomas that far more needs to be done to make sport more inclusive.

As an athlete and then a rugby player, Nigel Walker was always a man in a hurry.

As a broadcaster, BBC executive, and now national director of the English Institute of Sport, he has learned to work at a steadier pace but there are some things he remains impatient about and one of them is change.

“Apparently, I’m the only black CEO of a UK sporting body,” he says.

“I’d like to think in 15 or 20 years’ time, people will have forgotten all about me and there’ll be half a dozen, or 15, black CEOs of sporting bodies across the UK because that’s what progress is.

“People can talk all they like in business and in sport, about equality of opportunity and ideals and slogans, but unless it’s backed up by the necessary and appropriate action, things won’t change.”

Cardiff Blues rugby region made a noteworthy change earlier this year, when they asked Walker – who graced the Arms Park with distinction as a player – whether he would join their board of directors.

He recognises that a year after appointing their first female board member in Hayley Parsons, the Blues were looking for a more diverse make-up around the table – something that might more resemble the outside world if you walked out of the ground and down Westgate Street.

Nigel Walker: ‘The British sporting system has turned a blind eye to racism’
The former Welsh rugby international examines the lack of BAME representation in boardrooms and how governing bodies can change for good
Photograph: English Institute of Sporthttps://t.co/PUZSgzsRPx pic.twitter.com/7tZMw8AlkJ

But he also insists he would have rejected their approach if he sensed box-ticking had been at the forefront of their minds.

Likewise, he insists the appointment of non-white people to positions of influence in sport should never be done at the expense of skills, competency or expertise.

“I don’t believe in affirmative action, or positive discrimination. I think people have to get jobs on their merit,” says the man who hurdled for Great Britain at the 1984 Los Angeles Olympics, before later switching to rugby at the age of 29 and winning 17 caps for Wales.

“I can tell you what Cardiff Blues said to me when they asked me to consider being a member of the board – that I had a performance perspective, not just in one sport, but across two sports, not just as a player, but now as an administrator.

“They said they were lacking that on the board and that all seems fairly plausible to me.

“Had they said to me, ‘you’re black and that’s why we want you on our board’ then that would have been rather less palatable.”

For someone who can recall being racially abused competing in two sports, and who admits 30 years on he is still grappling to change the composition of staff in his own organisation, 2020 has been an interesting, if sobering, year.

The summer was marked with outrage and demonstrations in the USA over the deaths and shootings of black people by the police that soon found a platform across major sports.

You mentioned Christian Malcolm on Ep20 of @distantpod how quick he must have been as a footballer. Athlete Nigel Walker showed his speed in rugby but I didn’t realise he had a good step. I was at the Swalec cup final for that try. https://t.co/05DBpFrYdF

Those protests spread to the UK and it was not long before footballers, rugby players and others were taking the knee to show their support before matches.

But the extent to which what began as a truly shocking preliminary to kick-off, has rapidly become mundane is something many black voices in sport are already questioning.

Fatigue with the lack of meaningful change during the years of Kick It Out and Show Racism the Red Card recently led to the creation of a new group – Football’s Black Coalition – made up of players, coaches and pundits.

One of their prime motivations was to dramatically alter an industry where although 40 per cent of the playing staff are from non-white backgrounds, the level of managers, coaches, physios, administrators and executives is less than five per cent.

It’s an imbalance that is broadly reflected in many other sports.

Former England international Les Ferdinand, now director of football at QPR, said kneeling as a gesture had run its course, lost the power to spark any change, and had been “diluted” through repetition.

Walker has sympathy with that view and says: “The taking the knee in itself won’t do anything. It has to be a catalyst for further change and further action.

“Of itself, it will make no difference whatsoever. The agenda has to be, ‘this is what we’re going to do over the next three weeks, three months, 12 months, to make meaningful changes within sport’.

“There is a door that is ajar in most clubs, organisations and sports at the moment. We must push against that door and make sure it doesn’t shut again.

“Just like the government can’t keep saying, ‘we’re doing this, we’re going to do that’ we’ve actually got to do something. How many reviews can you have?

“The answer is only so many before people lose interest, so there needs to be tangible change now.

ALL WHITE IS NOT ALRIGHT

“Where’s the first black CEO of a Premiership football club going to come from? He or she is not going to be plucked out of the air. Someone has got to be mentored into that role.”

Walker, who still has his family home in Cardiff, is attempting to create those changes within his own organisation.

The Institute, he says, have committed themselves to linking with universities to make sure they become one sporting organisation where the administration better reflects what is seen on the field of play.

“We’re not perfect,” he says. “When I come to interview for senior positions, the shortlist is invariably all white.”

But he cites another organisation, the board of Commonwealth Games England, as an example of where change was sought and has successfully been achieved.

“They have a done a brilliant job and have brilliant people on the board. It’s not about artificially promoting people. It’s about recognising people of talent and ability and then making sure they have opportunity.”