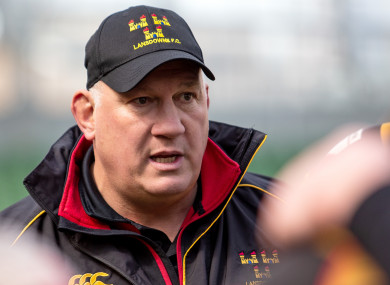 Mike Ruddock could extend a month-long stint as a consultant to the Ospreys, but he is unlikely to fill the vacant head coach role at the region.

The former Wales Grand Slam-winning coach starts work this morning (Tuesday) at the troubled region, where he has agreed to oversee a review of their coaching set-up.

But Ruddock is keener to move towards consultancy work than hands-on coaching, even though he has been doing both in Dublin, where he has made Lansdowne the strongest club side in Ireland by leading them to three All-Ireland titles.

If his role with the region became permanent, then it is more likely to be as a director of rugby than head coach, with Ospreys chairman Rob Davies revealing last week that the region had under-invested in coaching and that a new director of rugby role was one they were considering.

The Ospreys have turned to Ruddock in their hour of need as they seek to replace Allen Clarke, who was relieved of his coaching duties last week but still remains on the staff until his “personal conduct issue” as the Ospreys described it, is resolved.

The former Swansea back row forward – who led the club to two Welsh league titles in three years in his time as coach – will take charge of the Ospreys’ review and advise current interim coaches Carl Hogg and Matt Sherratt.

The Ospreys have suffered their worst start to any season – winning just one game out of nine so far in the Guinness Pro14 and Heineken Champions Cup.

Ruddock, who still owns a house in Swansea, will spend December with the region as they plan for key matches – back-to-back European ties against Racing 92, then Pro 14 derbies against the Cardiff Blues and Scarlets.

“We are delighted to have Mike join us for a month,” said Andrew Millward, Ospreys managing director.

“The coaches and players have all welcomed the decision to draft him in to offer his support and having him play a key role in our review of our rugby operations.”

The Ospreys have negotiated Ruddock’s release from his current coaching role with Lansdowne and with Acorn Global Recruitment.