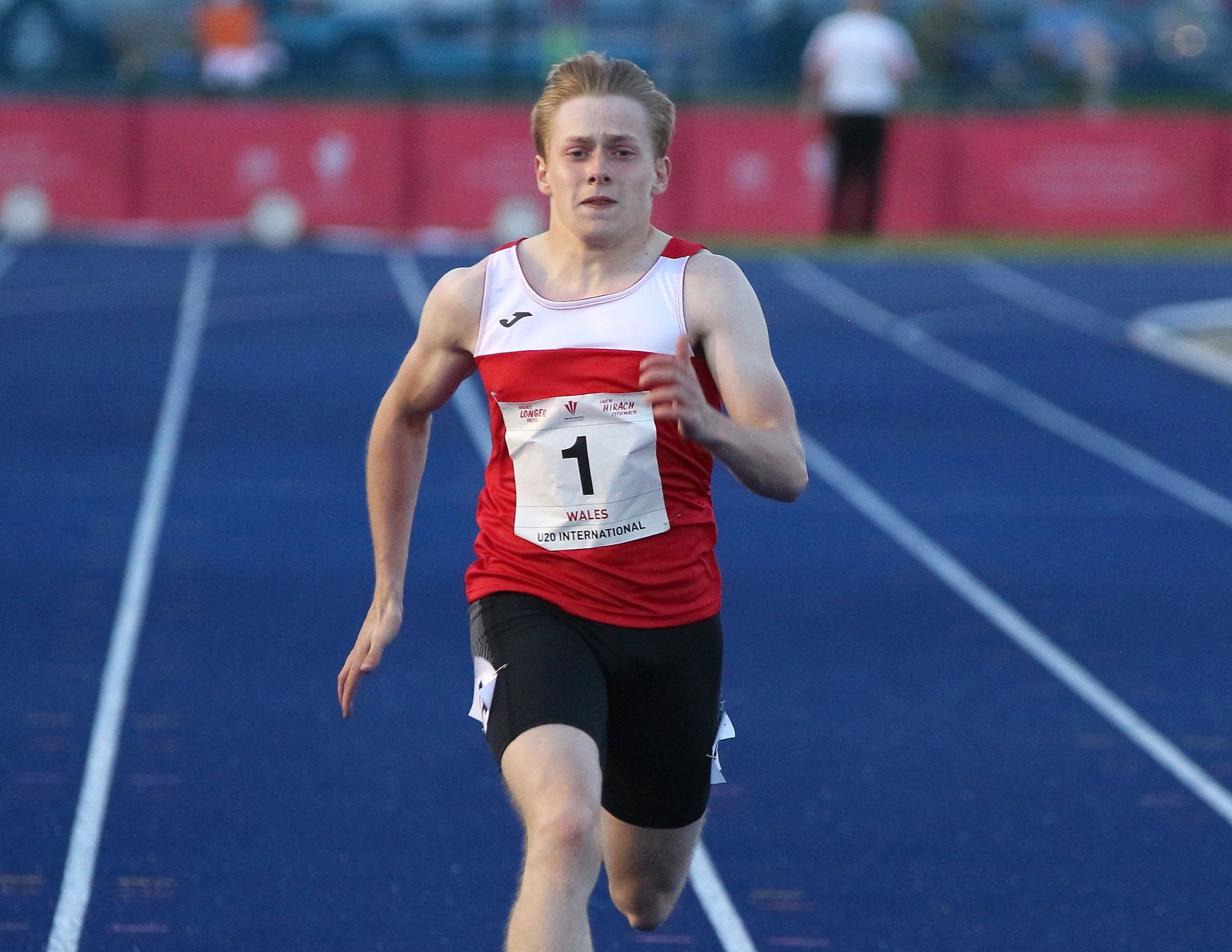 The Neath youngster is one of four Welsh athletes named in the GB Under-20 squad to compete at the Manchester International on August 15.

Lloyd-Hughes is joined by James Tomlinson and Remi Adebiyi, who both won GB vests at the recent Under-20 European Championships in Sweden and Tom Hewson, who last week learned of his first senior GB call up.

Welsh Junior 100 and 200m junior champion Lloyd-Hughes produced an impressive performance at the recent Welsh Under-20 international in Cardiff.

The youngster brought the Welsh quartet home to victory with a perfectly timed last leg run in the 4x100m before going on to win the 200m match race.

The GB selectors have named him in the 4x100m team for Manchester alongside England’s Toby Makoyawo, Destiny Ogali, Tobi Ogunkanmi and Joel Pascall-Menzie.

Tomlinson is becoming a regular in the GB vest having also represented this season at the European Throwing Cup in Slovakia, the Halle Throws Meeting in German and the Loughborough International.

Another Welsh athlete to be recalled to the GB squad after shining at last month’s European Under-20 Championships is Adebiyi.

The Newport athlete is selected in the 3000m steeplechase after reaching the final in the same event out in Sweden.

The Welsh quartet for Manchester is completed by javelin thrower Hewson.

The Andover athlete has enjoyed a spectacular season so far, breaking the 70-metre barrier for the first time and celebrating his first senior GB call up when he was last week named in the squad for the European Athletics Team Championships.