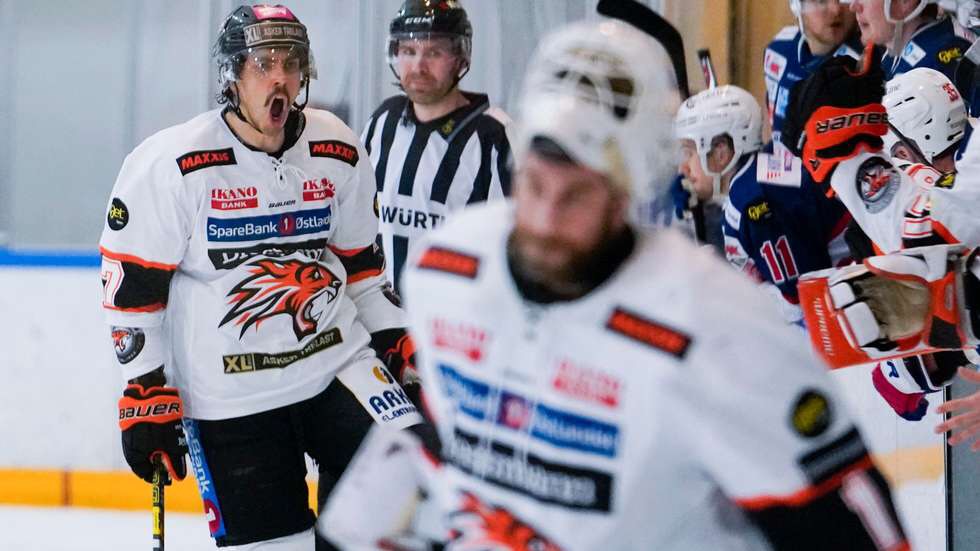 Andrew Lord has finally got his man – a defenceman he has been tracking five years.

Canadian Sean McMonagle has signed for Cardiff Devils and head coach Lord says: “Sean was one of the first players we approached as an organisation when the owners took over and I’ve talked to him every summer since.

“I’m super excited we’ve finally signed McMonagle. He will bring a lot to our team on and off the ice.

“Sean is a highly skilled defenceman. His game has developed a lot over the years and he is now well rounded and can play in all situations.

“He has great hands, vision and playmaking ability.

“Sean also just finished off a great season winning the championship in Norway and was leading all defenceman in scoring.

“He comes to us after travelling and experiencing many different countries and he has consistently produced everywhere he’s been.”

Lord now needs one more signing – an import D-man – to complete the Devils roster for 2019-20.

The 31-year-old McMonagle is the fourth new name on the Devils roster for the new season, following Masi Marjamaki, Blair Riley, Mike McNamee, and the first new defenceman.

McMonagle arrives in Cardiff after a season in the top Norwegian league where he recorded 40 points in 60 games to help Frisk Asker win the Norwegian championship.

He was born in Oakville, Ontario and played his university hockey at Brown University before beginning his pro career with East Coast League Las Vegas Wranglers in 2010.

He played with new Devils forward Riley for the Wranglers in the 2010-11 season before making the move to Europe in 2011.

McMonagle spent his first season abroad in Sweden with Tingsryds AIF in the Allsvenskan before moving onto Italy where he spent a season played for Alleghe.

The 2013-14 season saw the 6ft 1in D-man move to Germany and EC Bad Nauheim before moving back to Italy where he played two seasons for HC Bolzano.

McMonagle holds an Italian passport and represented Italy for the first time in 2016 and has played 45 international matches since.

At this year’s IIHF World Championships in Slovakia, he scored game winning penalty in Italy’s final game against Austria that saw them stay in Pool A.