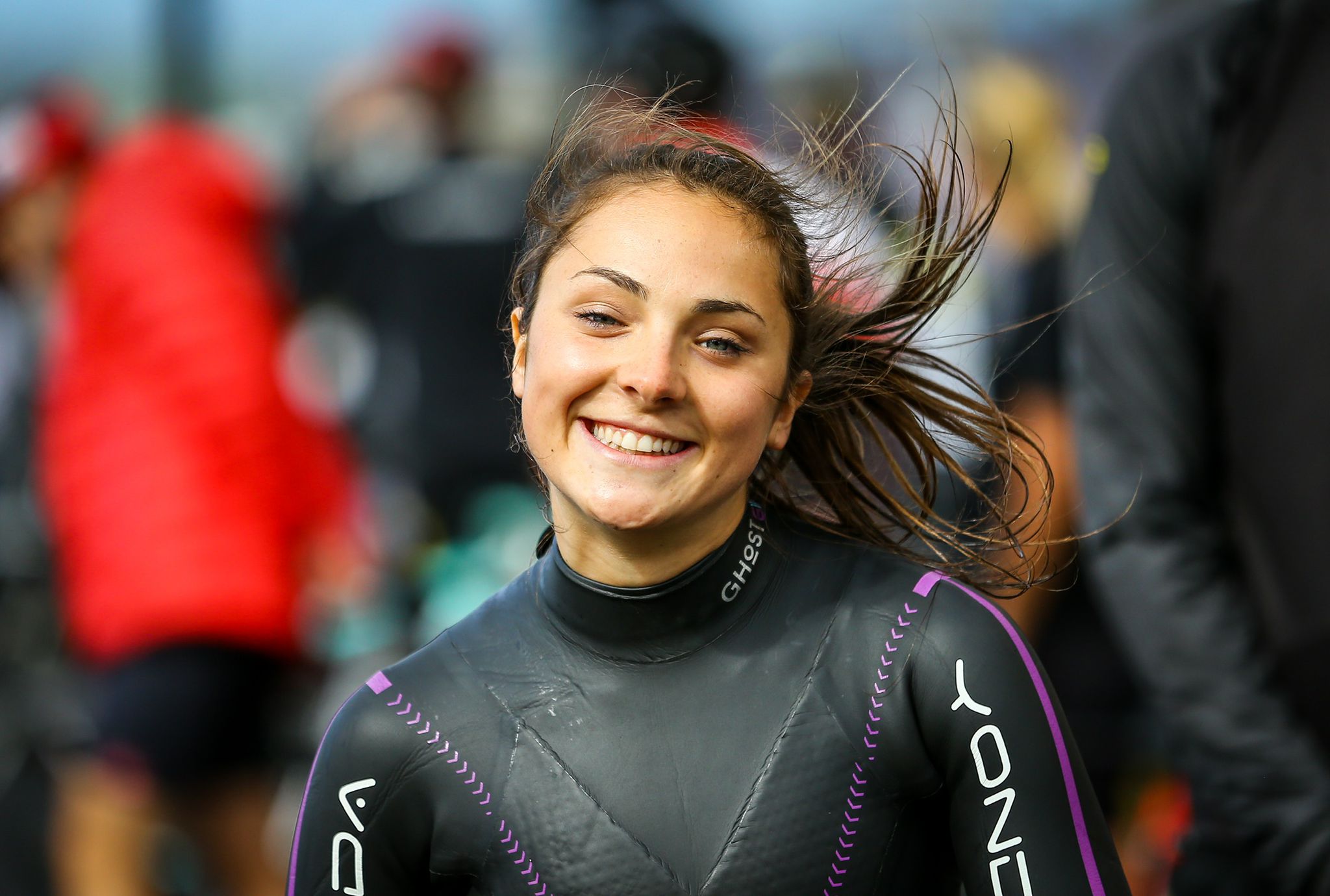 Issy Morris has been enjoying her sport from an early age.

Issy Morris has always loved sport – any sport – and the Welsh triathlete believes that passion can enrich life for everyone.

Morris, from Crickhowell in Powys, will be competing for Team Wales at the Commonwealth Games in Birmingham, which starts on July 28.

But the 22-year-old tried a wide variety of sports as a youngster and feels it was the breadth of experience that gave her a base on which to build.

Triathlon requires a wide range of skills, but they can be enjoyed in the component sports of athletics, swimming and cycling across all ages.

Bringing them together not only broadens that range of abilities, but helps develop attributes of self-discipline, resilience and determination.

Issy says she wanted to enjoy sport, but is adamant that a mixed and balanced approach gave her a firm foundation.

“If I had just stuck to triathlons from an early age, it would have been too much and too intense,” she says.

“I am a big believer in not specialising when you are too young. I think each sport has helped me in different ways, they all teach you so much and I was able to use what I’d learned across different sports.

“You learn so much about life as well. I’ve got to meet so many different people from different walks of life which has been amazing, too!”

It used to be that as a triathlete you would start as a swimmer or a runner and pick up cycling skills.

But for Morris, she combined swimming and running at an early age and resisted pressures to specialise in one or other too soon.

She recalls: “At the age of nine, my swimming coach was saying that I needed to stop my other sports if I wanted to be a swimmer.

Race season is coming! Issy Morris says it's important to remember that it's just a race, and to keep the fun.
What's your next race? Tell us about it below ⬇️ pic.twitter.com/BzJYcJDpCO

“I’m definitely glad I didn’t listen to that advice because at the time I was probably doing every sport I could and that definitely made me the athlete I am today.”

Morris had supportive parents who were involved in her development, as far as practically possible.

“I started off as a swimmer and a runner, then I started doing biathlons, and then I was going down the pentathlon route.

“My father wasn’t impressed! He was looking at the costs of five different sports and a horse!

“We bargained a little bit, and I tried a triathlon.”

Not that everything went smoothly in triathlon during those early days.

“We first turned up with a mountain bike, which didn’t even fit on the racking, which was quite funny. But I ended up just watching because I was so nervous, and I didn’t know what I was doing.

“I had a surfer’s wetsuit, which would take 10 minutes to take off, so I remember watching and thinking about how much I wished I could get involved. It didn’t take me long after that to get my first triathlon underway and I absolutely loved it.”

But Morris – who will compete in the Welsh women’s team alongside Non Stanford and Olivia Mathias – enjoyed a wider variety of sports as a youngster than just running, swimming and cycling.

The former student at Christ College, Brecon says: “Our school was huge on hockey. When I was there, we were the Welsh school national champions and I still play four times a week.

“I played netball and rounders in school, I loved football and then, obviously, I was swimming and running, too. I was even doing a little bit of horse riding and tried shooting when I was doing pentathlon!

“There are just so many people who have given their time up to help me at all my clubs. The people at Brecon Swimming club, Brecon Athletics club, Abertillery Swimming club and Blaenau Gwent Swimming club have all been so amazing.

“I am so thankful to them because I know there’s no way I’d be going to the Commonwealth Games without them.”

While Morris has enjoyed recent success – coming fifth at the 2022 Europe Triathlon Cup in Yenişehir in Turkey, and winning the BUCS Sprint Triathlon – it hasn’t always been plain sailing.

🏴󠁧󠁢󠁷󠁬󠁳󠁿 @NonStanford is back for @TeamWales! And it'll be a poignant return to the city where she first started the sport.

“I have struggled with my health and with a few injuries, but when I could I was straight back playing hockey, because I love it.

“When I missed a year out, my fitness levels had gone pretty low, so me and my coach Luke Watson have just been focussing on being consistent.

“I just wanted to consistently race this season, keep consistently training and just be grateful I can stand on the start line, healthy and happy.

“I am proud of the break because I was so focussed on being fit, I now have a new perspective on things. As much as sport is so important to me, it is not everything.”

Morris divides her time between training and studying for a master’s degree in sports and exercise nutrition at St Mary’s University, Twickenham.

“I know it is so important to have an outlet from sport and after the break I knew I needed to take a step back sometimes. I am just enjoying everything now.”

Top tips for training from Issy Morris
1. Enjoy it! Don’t take it too seriously
2. Be organised, keep a checklist when packing for an event to ensure you’re as prepared as possible
3. Make a race plan! Make some personal objectives and processes for the race that you can control pic.twitter.com/cuKouMOTRd

That includes making the most of the Commonwealth Games and the chance to pull on a red vest for the first time.

“It’s going to be a great experience racing against some of the best in the world. I will definitely be giving it my all, but the key thing is that I enjoy it as much as I can and take in the experience.

“It is amazing and as an athlete you never know what is round the corner. I hope it isn’t, but it could be my one and only Games, so I really need to make the most of it.

“As a little girl you always hear about the Commonwealth Games and to represent Wales is unbelievable. We are such a proud nation. It’s a dream come true.

“We have an exciting and strong team and I really think we have a good chance in Birmingham.”