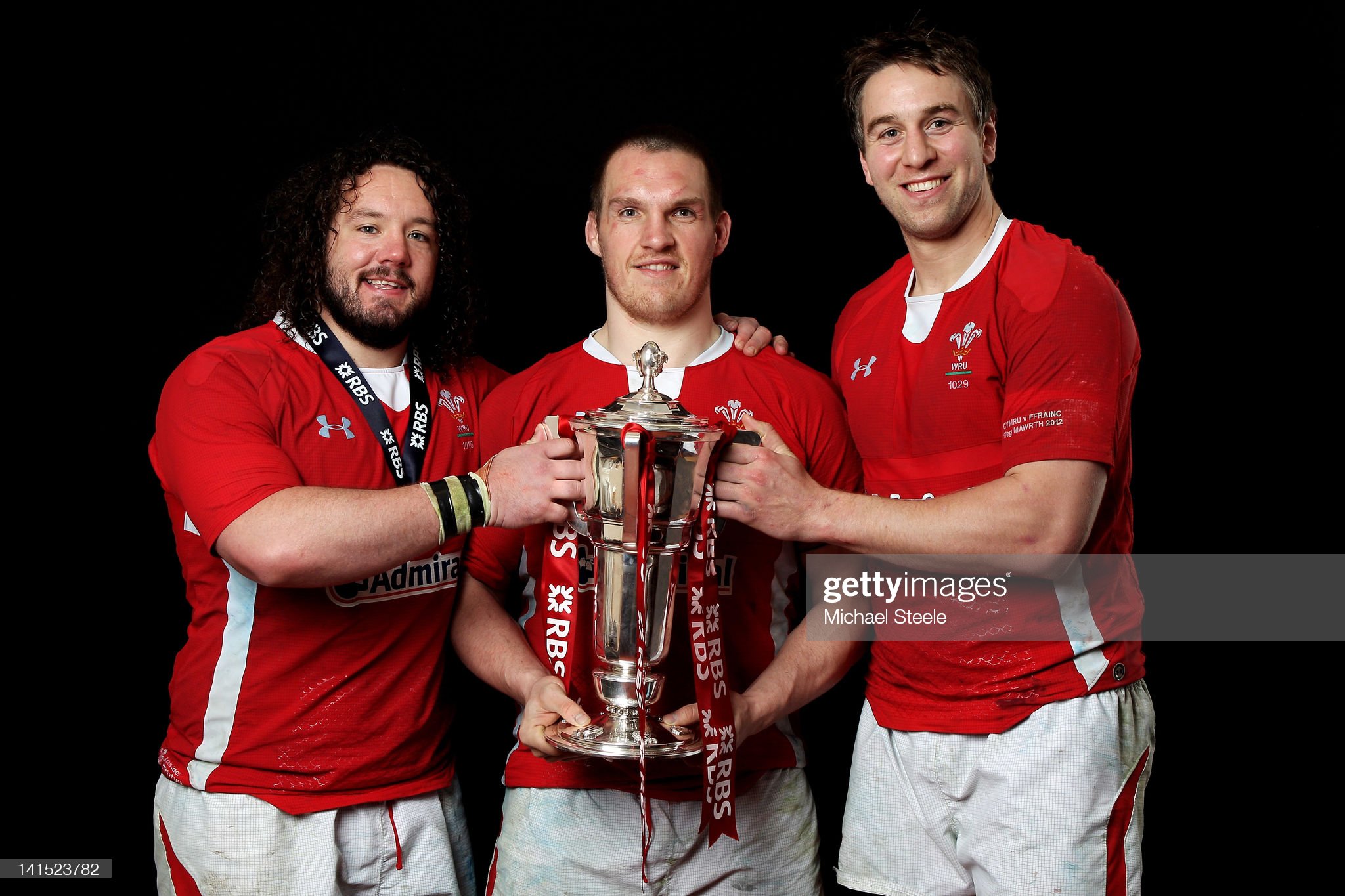 “I feel like my world is falling apart. And I am really scared.”

These are powerful words that former Wales captain Ryan Jones used to describe how he feels, having revealed to the world that he has been diagnosed with early onset dementia and probable chronic traumatic encephalopathy (CTE).

“It terrifies me because I don’t know if, in two years’ time, we’re sat here, and these episodes are a week-long, two weeks long or permanent. That’s the fear. That’s the bit that never leaves. That’s the bit I can’t shake off.”

“Every episode I have also leaves a bit of a legacy. Everything we cancel, every relationship that I poison or don’t have time for anymore, just makes it a little bit tougher to cope. I don’t know how to slow that down, make it stop, what to do,” added Jones.

You can sense the bubbling fear and frustration in the former British Lion’s words when he talks about ‘every relationship that I poison.’

Of course, the truth is Jones hasn’t poisoned any relationships. These are the words of a man who feels vulnerable and scared.

Aged just 41, Jones is more than entitled to feel scared as he tackles a condition that leaves him facing an uncertain future.

“It (rugby) is walking headlong with its eyes closed into a catastrophic situation.”https://t.co/EUuXyGv7tU pic.twitter.com/jNd4GZ3pPO

“I am really scared. Because I’ve got three children and three step-children, and I want to be a fantastic dad,” said the former Grand Slam-winning captain.

“I lived 15 years of my life like a superhero, and I’m not. I don’t know what the future holds.”

“I am a product of an environment that is all about process and human performance. I’m not able to perform like I could. And I just want to lead a happy, healthy, normal life. I feel that’s been taken away, and there’s nothing I can do,” added the former British Lion who played in three Tests on the 2005 tour of New Zealand.

The former Ospreys captain epitomised the very definition of bravery on the field of play – now he is faced with dealing with a new kind of bravery where there are no rules.

There are well over 200 rugby players, including Ryan Jones, from both union and league, represented by a law firm pursuing legal action against the Welsh Rugby Union, Rugby Football Union and World Rugby.

Former Wales flanker Popham was also diagnosed with early onset dementia and probable CTE in 2020. He has since helped set up the lobby group Progressive Rugby and has launched his own foundation called Head For Change.

“We have a responsibility as fans of the sport (to decide) what we want the cost of our entertainment to be, because I don’t think I want it to be this, it’s just not worth it.”

Progressive Rugby is made up of experts who look at ways of making rugby safer for those who play the sport at all levels. While Head For Change provides support to athletes and their families who are living with are living with early onset dementia, chronic traumatic encephalopathy, or other degenerative brain diseases caused by sport.

Popham’s foundation also has recently opened free access to the mental health app Thrive, which the NHS supports and has a built-in triage system to ensure urgent cases are prioritised.

Playing on with a head injury during a rugby match was commonplace down the years. Players would have a quick sniff of the smelling salts and a dab with the magic sponge and be expected to carry on playing – head injury or not.

Former wing Glenn Webbe scored a sensational try from his own 22 to complete his hat-trick as Wales defeated Tonga 29-16 at the inaugural Rugby World Cup in 1987.

However, the Bridgend winger had taken a blow to the head a few minutes before, and it was clear to see that Webbe was concussed as he made his way to the try line

After the match, doctors told him he would take no further part in the tournament due to suffering from concussion.

“I’ve seen the try many so many times on video, but it’s not a real memory,” admitted Webbe.

My heart breaks for Ryan Jones.
A genuinely lovely, clever man, always so generous with his time and attention.

I’ve long considered him to be an “elevated” acquaintance – not necessarily a friend, but very much someone you’d never refuse a pint.

During Wales’ recent tour to South Africa, prop Tomas Francis left the field 30 seconds after coming on as a replacement for Dilon Lewis in the first Test due to a sickening head clash.

Francis was placed in a head brace and stretchered off the field on a buggy.

It was the second concussion incident to happen to the Ospreys prop this season, with the first happening during the Six Nations match against England at Twickenham in February.

Match television coverage from Tickenham showed Francis stumbling and using the pads on the post to help him stay on his feet after an accidental clash of heads with fellow teammate Owen Watkin. Remarkably Francis passed the Head Injury Assessment and returned to the field of play.

An independent review panel later found that Francis should have been immediately removed from the field.

During the recent third Test decider against South Africa, Wales flanker Dan Lydiate sustained a bang to the head when failing to stop South African fly-half, Handre Pollard from scoring a try.

As a result, Lydiate left the field and failed the resulting HIA test.

It seems with the adrenaline flowing, players are still in that macho mindset of being able to carry on and giving everything for the cause.

Hard to get away from the feeling that rugby has huge, huge problems around the issue of dementia and probable CTE diagnoses. Ryan Jones isn’t the first and won’t be the last. Change is needed in today’s game and it is needed quickly.

Earlier this year, former Wales and Scarlets flanker James Davies was forced to retire from the sport aged 31 on medical grounds having sustained repeated concussions.

“In the end, I just knew this isn’t going to work. I took a little glancing blow in training. I went through the same symptoms again. It was scary really, and showed my vulnerability again,” said Davies.

Without a doubt, Davies has made the right decision to look after his long-term health.

Davies’ fellow Welsh internationals Leigh Halfpenny, George North and Rhys Patchell, have all suffered from cases of concussion that have kept them out of the game for long periods at various stages of their careers.

Former Wales forward Andy Powell posted an ill-advised tweet on Twitter which served as a reminder that we have a long way to go before we rid rugby of its hardman persona.

Maverick Powell tweeted: “We choose to play the game. We know the problems what (sic) can happen!! Problems happen even if you don’t play sport.”

Powell’s tweet epitomises why rugby needs to change its mindset regarding player safety.

Powell was forced to apologise for his tweet and offered his support and sympathies to Jones following his diagnosis. However, apology or not, the fact remains that Powell’s first thought was to take a macho stance on the subject of concussion.

Just wanted to show my never ending support for @RyanJonesOnline he is a fabulous man who has helped when I’ve been low and lost, he’s a wonderful friend and whatever the future holds we will all take it on together. Love you mate x

World Rugby is trying to change some laws surrounding the tackle area to reduce head injuries, but it seems that it is taking longer than expected to get the message across to players and supporters.

There has been an increased number of yellow and red cards when there is direct contact with the head during tackle completion. The increased number of cards has led to accusations by supporters and former players of the referees spoiling the game as a spectacle.

This stance needs to stop.

The RFU have announced they will begin a trial next season to lower the legal height of a tackle down to waist level.

The trial will run at rugby festivals in England next season and use players from under-16 to under-18.

At present, players leave the field for ten minutes to have an HIA test but are allowed back to the field of play if they pass the assessment.

Lots of comments (mostly on Facebook) saying head guards should be mandatory for rugby player's following the Ryan Jones story.

Let's get this clear. HEAD GUARDS DO NOT PREVENT BRAIN INJURIES.

The brain rattles around still, they only help cut down on cuts & improve confidence.

Is it time to go a step further and do away with the HIA test in a match situation and immediately replace any player who suffers a head-on-head clash?

Implementing this law would do away with the situation where a player may initially pass the HIA test but still suffers from concussion. Getting to grips with such a law would take time to adapt, but it will prove safer in the long term.

World Rugby states: “A Graduated Return To Play programme should only be commenced after the completion of the one-week physical rest period and only if the player is symptom-free at rest and off medication that modifies or masks the symptoms of concussion.”

If stricter changes are not made now, rugby is only heading down a dangerous path, according to former Wales captain Jones.

“It is walking headlong with its eyes closed into a catastrophic situation,” he said.