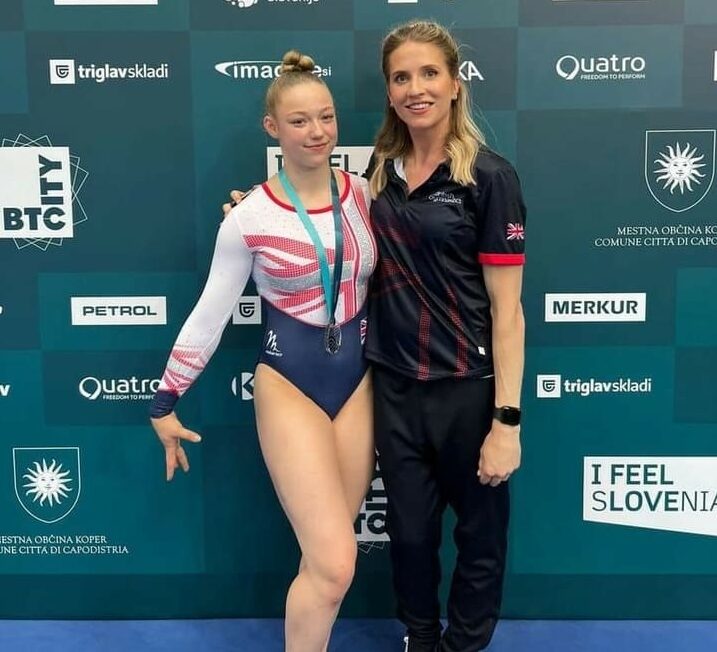 Poppy Stickler will head to the Commonwealth Games in Birmingham next month on a high after clinching a stunning silver medal at her first World Challenge Cup appearance.

The Cardiff teenager capped a dream week by marking her first FIG Artistic Gymnastics World Challenge Cup appearance with a superb second place for her floor exercise at the latest series event in Koper, Slovenia.

Stickler, who has just turned 16, was also making her senior bow for Great Britain and had qualified in second place for Sunday’s floor final.

What a routine from Poppy Stickler!! Floor 🥈for her in Koper 🇬🇧 pic.twitter.com/0b5NaRyo0c

She went on to secure herself a medal with a score of 12.750, which was only bettered by double Olympian Ana Derek from Croatia (12.900).

At the Artistic British Championships in Liverpool at the end of March, she produced a brilliant bronze medal winning performance on the floor – after which she was named in the British senior squad for the rest of 2022 – in what is also her first year as a senior gymnast.