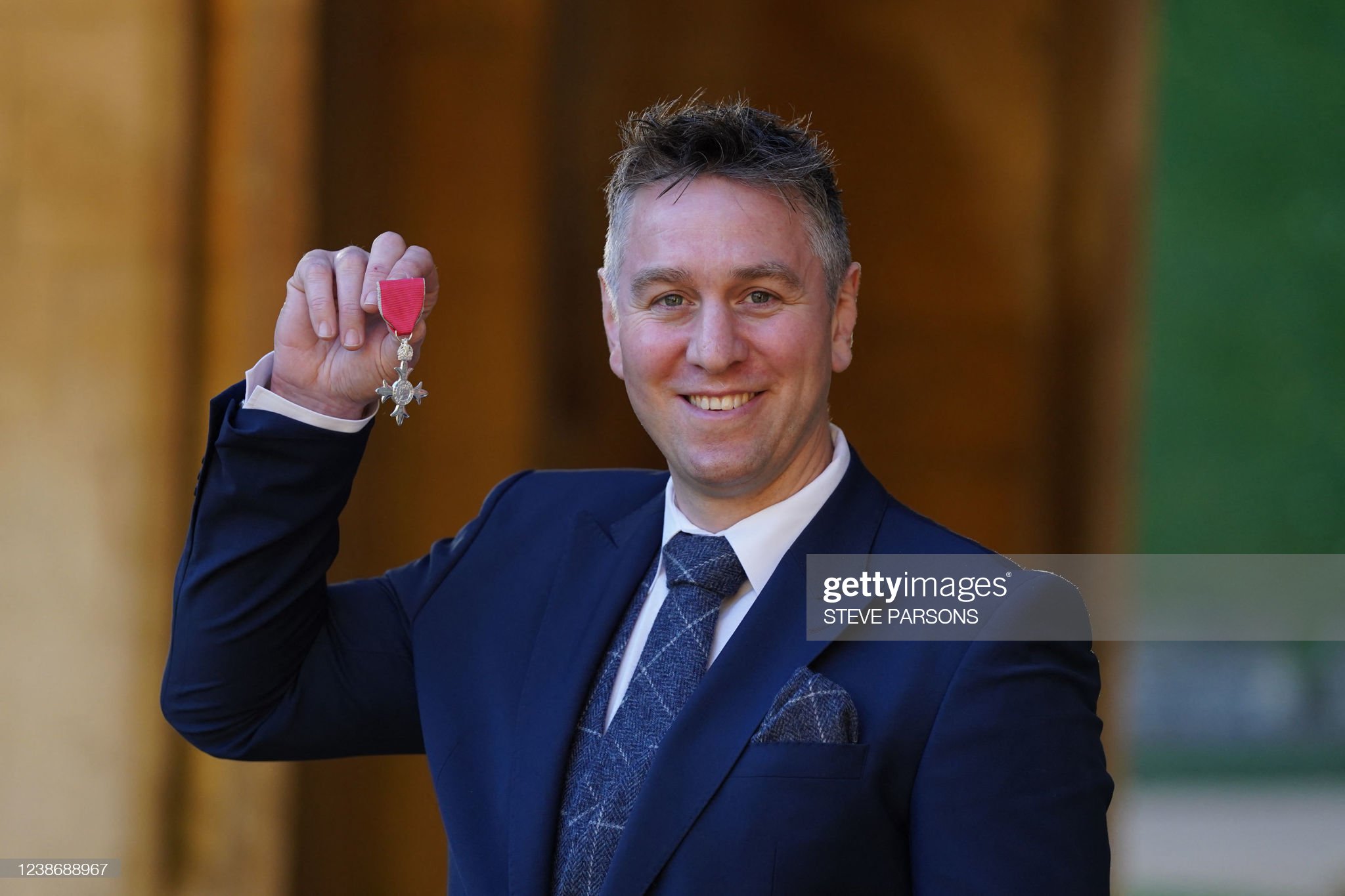 Ryan Jones poses with his medal after being appointed an MBE earlier this year. Pic: Getty Images.

Players should start missing games in order to protect them from long-term brain injuries following the news that former Wales captain Ryan Jones has early-onset dementia, a leading safety campaign group for the sport has said.

The 41-year-old Jones, capped 75 times and a member of the British and Irish Lions squad on the 2005 tour of New Zealand, revealed he had received the diagnosis of probable chronic traumatic encephalopathy (CTE) in December last year.

He is the latest in a number of high-profile former players to be diagnosed with the disease and now Progressive Rugby – a non-profit rugby union lobby group – has called for action.

It said in a statement: “Ryan Jones is the latest high-profile player to reveal this devastating diagnosis, but sadly he won’t be the last.

“We commend Ryan’s bravery for speaking out on behalf of the numerous other players in the professional and amateur game who are still coming to terms with the brutal impact brain injury is having on their life.

“The focus must now be on learning the lessons and ensuring that current and future players are protected from the same debilitating fate.

“It is time for everybody involved in the game to prioritise individual player welfare. If that means protocols erring on the side of caution and players being rested and missing games, it is a small price to pay to try and protect the long-term health of its participants.

“We can, and must, make the game of rugby union as safe as possible so that future generations aren’t deprived of all the wonderful things it can offer.”

In an emotional interview with the Sunday Times, Jones revealed he fears for his future.

He said: “I feel like my world is falling apart.

“I am really scared because I’ve got three children and three step-children and I want to be a fantastic dad.

“I lived 15 years of my life like a superhero and I’m not. I don’t know what the future holds.

“I am a product of an environment that is all about process and human performance. I’m not able to perform like I could, and I just want to lead a happy, healthy, normal life.

“I feel that’s been taken away and there’s nothing I can do.

“I can’t train harder, I can’t play the referee, I don’t know what the rules of the game are anymore.”

Just read the Ryan Jones story… Tear in my eye. I love the sport, it has been my life but something needs to be done. Alex P, Steve Thompson, Carl Haymans… In 20 years there will be 100’s.
Action needs to be taken to de-size the game.

After being diagnosed with depression Jones, who retired in 2015, said he began to have short-term memory problems and was becoming forgetful.

“It terrifies me because I don’t know if, in two years’ time, we’re sat here and these episodes are a week long, two weeks long or permanent,” added Jones, who resigned from his post as performance director at the Welsh Rugby Union in October 2020.

“Every episode I have also leaves a bit of a legacy. Everything we cancel, every relationship that I poison or don’t have time for anymore, just makes it a little bit tougher to cope. I don’t know how to slow that down, make it stop, what to do.”