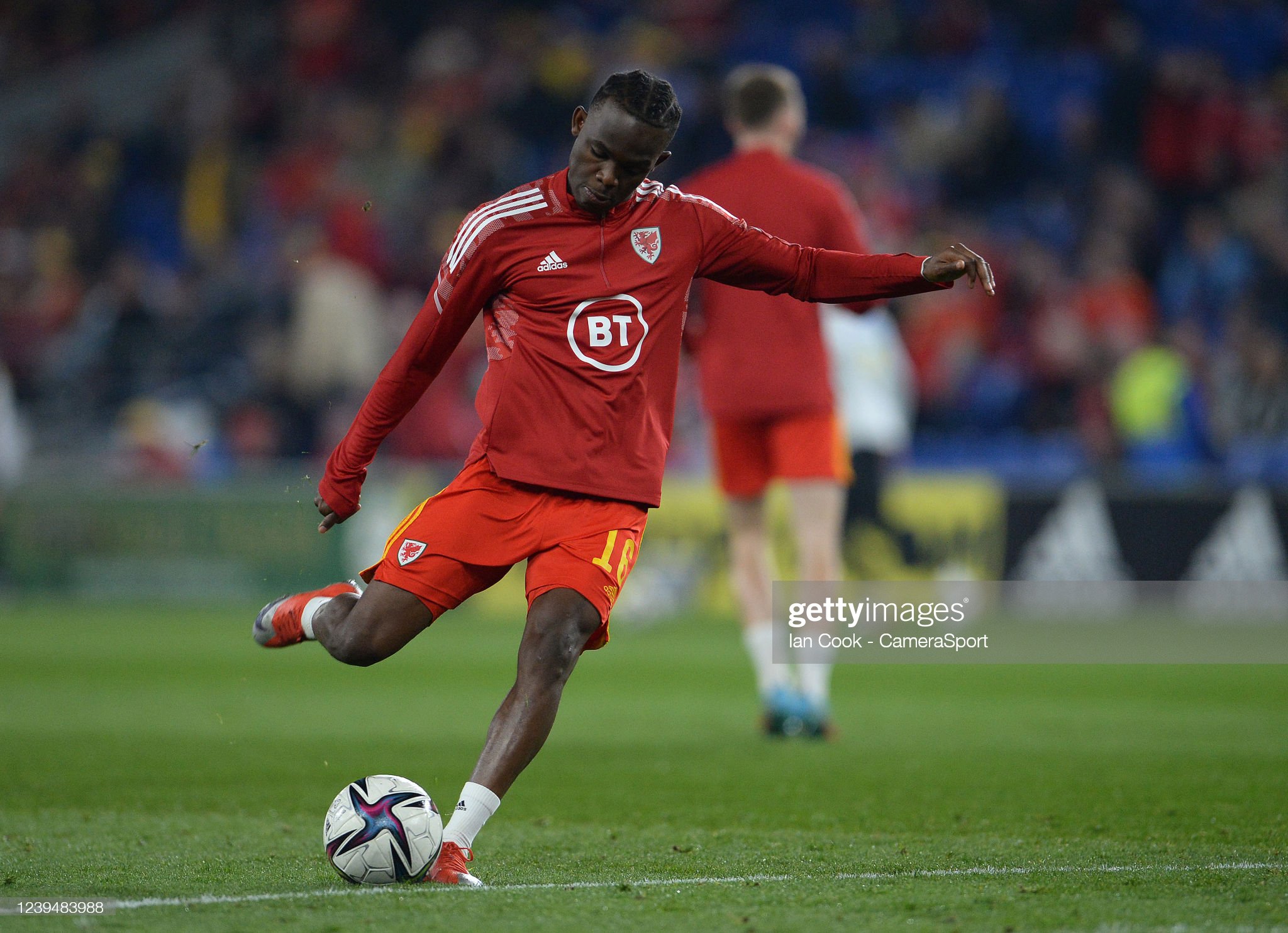 Rabbi Matondo is learning the knuckleball secrets from Gareth Bale a year after a knucklehead decision cost him his place in the Wales squad.

Matondo is set to face the Czech Republic on Tuesday, as Wales seek to ride the wave from their stunning Bale-inspired World Cup play-off victory over Austria.

But only 12 months ago, Matondo was sent home by manager Rob Page for breaking a hotel curfew, along with Hal Robson-Kanu and Tyler Roberts, and his international future was in doubt.

A year on, Matondo says he has knuckled down and is desperate to be alongside Bale for Wales at the World Cup finals in Qatar.

The quicksilver winger has rediscovered his best form on loan at Cercle Brugge in Belgium where nine goals in 13 games convinced Page the former Manchester City youngster has matured.

“There’s always a way back into the squad if you do the right things on and off the pitch,” says Matondo, who is set to return to German club Shalke at the end of the season.

“That’s what was said – ‘Do the right things on and off the pitch and the rest will take care of itself.

🎙🏴󠁧󠁢󠁷󠁬󠁳󠁿 | “It’s time for me to show the Wales fans what they haven’t really seen but what Belgium have seen this season.”

“Yes, of course, I’ve matured. I’ve gained a lot seeing all different kinds of things on and off the field.

“That has helped me grow and I feel I’m in a better place than I was this time last year. I’d say I’ve grown up a lot in the last year or so.”

Liverpool-born Matondo, 21, who moved to Wales as a child, could have no better role model than his fellow Cardiff boy Bale, who is still delivering his very best for his country at the age of 32.

Bale’s breathtaking, dipping free-kick that put Wales on their way to a 2-0 victory over the Austrians was something Matondo, whose father played for the Democratic Republic of the Congo, is himself is trying to master.

“That knuckleball technique is something I’m trying to do when I shoot, but it’s very difficult to do well.

“Gareth is the master and sometimes when he practices he just leaves you shaking your head.

“But the fact that he has done so much in the game, and knows so much, is fantastic for me. Just being in and around the camps with him over the years is special.

“What he has done in the game, he is just one of the greatest to do it. Just sharing a changing room, being around him and learning from him is unbelievable.

“He’s also a top human being as well as a footballer. What he did on Thursday night is what he has been doing for years.”

Matondo’s banishment from the squad meant he missed out on the delayed Euro 2020 finals, where Wales reached the last 16 before losing to Denmark.

Now, he and Wales stand just one game away from their first World Cup finals since 1958 – a play-off final at their formidable Cardiff home against either Scotland or Ukraine in June.

“It was tough not being there for the Euros. But everything happens for a reason.

“Now I’m here, I’m back, and hopefully I can be part of the World Cup squad if we get there.”

Having left Manchester City for Schalke for over £11million in January 2019, Matondo’s time in Germany did not go to plan.

Schalke struggled and were on their way to relegation from the Bundesliga before the Welshman was loaned to Stoke in the second half of last season.

Matondo managed only 11 appearances and one goal for the Sky Bet Championship side during his first senior spell in English football.

He spent the summer watching Wales play at the Euros, even attending the round of 16 defeat to Denmark in Amsterdam, before making another loan move to top-flight Belgian side Cercle in August.

“I knew I had to hit the ground running this season and I had the courage from Cercle to push me to what I’m doing now,” says Matondo.

Tuesday night will also be a landmark occasion for Wales goalkeeper Wayne Hennessey, who is set to win his 100th cap.

“He’s a top-class professional, he’s got plenty of good heart and he deserves this big milestone,” adds Matondo.

“To play 100 games for your country is what you dream of as a kid.”