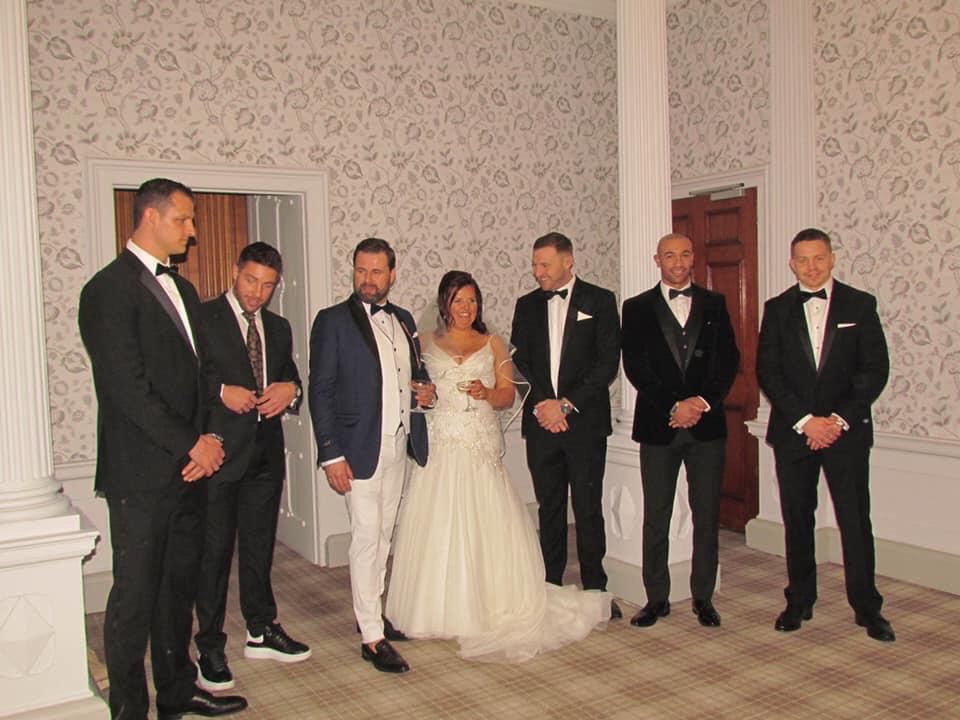 Rhys Webb is among a number of Welsh rugby stars – past and present – who stand to lose large amounts of money from the collapse of a Cardiiff-based financial services firm.

The Wales scrum-half and former Wales forward Ian Gough are likely to lose tens of thousands of pounds, while others players such as former Wales and Ospreys wing Eli Walker also put their faith in businesswoman Claire Louise Thomas.

The fall-out from the implosion of the Juno Moneta Group could also leave the Scarlets heavily out of pocket. Cardiff City were another club who had dealings with the company now in administration.

The Scarlets have started legal proceedings to reclaim £500,000 of lost sponsorship revenue after the company run by Thomas collapsed owing creditors £12million.

Wales scrum-half Webb and former lock Gough are just two players who could yet lose thousands of pounds as a result.

Webb is liable for £24,000 while Gough went into partnership with Thomas and is currently suing her for more than £50,000.

“I can confirm we have had consent orders put in – one against Juno Moneta and one against Claire Louise Thomas,” Gough has told The Sunday Times.

“We have also raised statutory demands and a bankruptcy permission. We are owed in excess of £50,000.”

Founded and chaired by Thomas, the Juno Moneta Group also had past links with Cardiff City where they had naming rights to the former Premier League football club stadium’s hospitality lounge.

Like the Scarlets, Cardiff City have now terminated their relationship with the company.

Thomas enjoyed a board position at the Scarlets, but after ending their deal with Juno Moneta a year early due to the company’s administration status, the Llanelli-based side have now filed a claim for a sum understood to be in excess of £500,000 for loss of earnings.

Gough set up Ian Gough Sports Management with Thomas in January 2018 but at the start of 2019, he became uneasy with the way Thomas was working with the Wales players involved in business with her and in February of that year, his work payments stopped without reason.

The former second row began legal proceedings against Thomas for loss of earnings and also unpaid rent on a building in Porth which he co-owned with Thomas and out of which a number of her businesses have traded.

Another potential high-profile casualty is Webb, who this year returned from Toulon to the Ospreys.

He is about to be issued with a court demand for a sum of £24,000 for unpaid fees relating to a failed housing deal with Cross Hands-based firm Enzo Homes. The deal with Enzo Homes was managed by Juno Moneta but in Webb’s name.

Fiorenzo Sauro, of Enzo Homes, explained to The Sunday Times: “Rhys was going to buy two properties in Ammanford from our business and he wanted me to do a part exchange to which I agreed.

“The deal was negotiated by Juno Moneta. Normally when you do a part exchange you complete on the purchase at the same time. In this case they asked me for a gap.

“That never happened. After seven days of nothing happening, I checked on why and I started getting excuses.  It cost us about £24,000.”

When Webb was contacted for comment he said he was unaware he was liable for any costs.

Juno Moneta negotiated a three-year sponsorship package with the Scarlets worth in excess of £600,000 in 2018 and their founder and owner, now known as Claire Louise Thomas, became a board director at the Welsh region as a result of the deal.

Thomas has been ordered to attend a bankruptcy hearing on November 3.

Companies House records state Thomas is involved in a total of 21 businesses. When Juno Moneta became the Scarlets’ main shirt sponsor, the company had a lounge at the team’s Parc Y Scarlets home branded with their name in a similar way to a deal previously arranged at Cardiff City.

The majority of its investment portfolios surrounded property and the purchase of houses for rent. The focus was on providing the players with a regular income away from rugby and for the future once their on-the-field careers had finished.

So impressed were a number of the Wales side with Thomas that they even attended her wedding to Simeon Thomas.

Scarlets and Wales stars Aaron Shingler, Webb, and former internationals Hadleigh Parkes and Walker were all present on the day.

Walker, who retired in 2018 at just 25 due to a back problem. He went on to invest more than £100,000 of an insurance pay-out for his career-ending injury in setting up construction company Walker Blake Limited with Thomas in June 2018.

Walker Blake was charged with carrying out renovation work on properties managed by Juno Moneta.

Walker had no previous experience of the construction industry, but was backed by Thomas and boosted by her strong connection to Welsh rugby.

Thomas also moved into Welsh grassroots rugby when Porth-based club Wattstown RFC confirmed they were being supported by Juno Moneta “to raise money for club refurbishments.”

Wattstown also renamed their club lounge the Juno Moneta Lounge. Wattstown chairman Mark Leyshon was a director and solicitor at Equilibrium Law, a company of which Thomas was a director.

Equilibrium Law is now in liquidation but had previously been based at the Porth address.

Thomas, nonetheless, remained heavily involved at the Scarlets and employed Suzanne Parkes – the wife of former Wales and Scarlets centre Hadleigh – as a corporate accountant with Juno Moneta from November 2018.  Suzanne Parkes was fully qualified for the role.

On August 7, 2020, Juno Moneta was put into administration by its main creditor, Contrad, who had provided Thomas’ business with a £10.3m fixed charge loan in 2018.

The Scarlets have declined to comment on any creditor position with Juno Moneta, but questions must be asked as to whether they did due diligence on Thomas and her company.

A number of Scarlets players, Shingler included, have lost sponsored cars provided by Juno Moneta as a result of their administration.