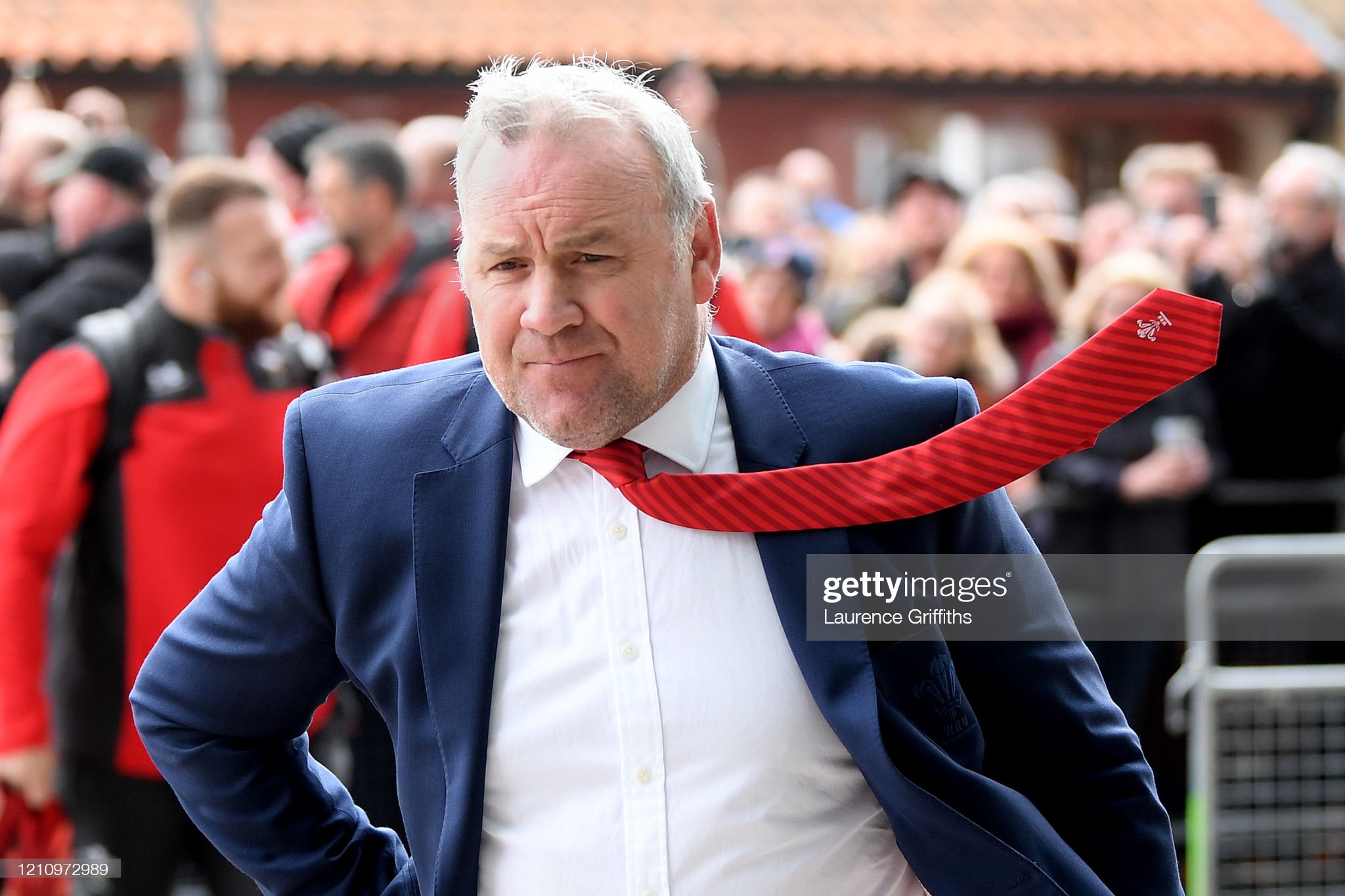 Wayne Pivac’s world as Wales coach is less than a year old, but already some fans seem nostalgic for the Warren Gatland era. And maybe the Shaun Edwards era, too. But Harri Morgan says it’s time to cut the new guy some slack and recognise Wales are trying to change course as well as coach.

Rewind a year, pretty much to the day, and Wales were facing off with South Africa at the International Stadium in Yokohama.

The prize?  A place in the Rugby World Cup final.

A game which will live long in the memory of Welsh fans as another ‘oh so near’ moment against a Southern Hemisphere giant.

I’m still not sure it was a Wales player who actually collapsed the maul which led to the match winning score but I suppose I’ll have to get over it.

Ask the neutral, and the likely response would be ‘that was a (Insert Expletive) Match’. In terms of the entertainment factor, it’s tough to disagree.

Anyone who thinks Gatland got it tactically wrong on the night would do well to analyse Saturday’s episode of Pivac in Paris to understand the dilemma any Welsh coach would have when setting up a team to face physically superior opposition.

A French error, you better believe it, gifted Wales an attacking line out five metres from the line.

My expectation? Catch and drive.

This is unlikely to be a very popular piece but I think the criticism of Wayne Pivac is a bit harsh.

Let’s have some patience and judge him at the end of 2021.https://t.co/0koCmtpyix

Instead Wales won pristine possession off the top of the line out, a quick ruck in midfield, played the ball through the hands with speed and accuracy with Leigh Halfpenny exploiting the space created to slide over at the far right-hand corner.

This is a French team which isn’t immune to lapses in concentration or brain explosions and have consistently maligned the consistency of their predecessors.

Remember the punch in Murrayfield? Yup, the one which cost them a shot at a Grand Slam next weekend.

They’re not perfect, but they are moving in the right direction. In year’s past, the Gregory Aldritt error at the get go might have defined the mood and performance of Les Bleus.

Deficiencies in the connectivity of the Welsh defensive line opened the door for two of the hosts’ three first-half scores.

Leaks through the middle of the wall would have left Le Wiganer in the French coaching box muttering ‘not in my day, son’.

Despite Wales’ defensive lapses they lost this game up-front as they were physically blown away by the French front five.

I’m not talking about the type of battering you might see a 14-year-old dishing out to his pre-pubescent opponents on a Sunday morning in mini rugby.

From an attacking perspective Wales’ inability to force the opposition to retreat in the tackle allowed the defence to dictate the pace of play.

It becomes easier for the defence to slow the speed at which the ball finds its way from the tackled player to the scrum-half’s hands.

In turn, this allowed those members of the defence not engaged in the ruck, to optimise their positioning and prime themselves for the next physical contest which they more often than not dominated.

Worse than a ruck which yields slow ball is one that returns no ball – a result of being turned over or hearing the shrill blast as a jackler benefits from the dominant hit to earn his side a penalty.

Fear of either of the aforementioned events materialising has a habit of strangling attacking ambition.

Which brings us back to Yokohama, where Wales made the pragmatic decision of playing to the strengths of the Springboks.

Having the ball reduced the probability of victory. Instead, they put the ball in the air, backed their tried and tested defence which nearly resulted in a Wales victory. Nearly!

It was South Africa who advanced to play Eddie Jones’ England after dealt the All Blacks a rare physical hiding the day prior. Note the P word.

We’ve spent much of the year renegotiating what we consider to be ‘normal’.

The next six weeks would be an opportune time for Wayne Pivac and the boys in the bubble to assess how they better equip themselves when confronted with a wall they can’t bulldoze, whether it be black, blue or green.

With World Cup seedings locked in, do the results of the next six weeks really matter?

I mean it’s international rugby, and Wales are on a four-match losing streak under their new boss – inevitably there will be pressure and expectation from the public, particularly one devoid of so many of its recognised avenues for joy.

That said, if we can look back in twelve months’ time and Wayne’s Wales have established a fit for purpose strategy for taking it to the larger opponents then a few defeats in the first and hopefully last Autumn Nations Cup might be a small price to pay.