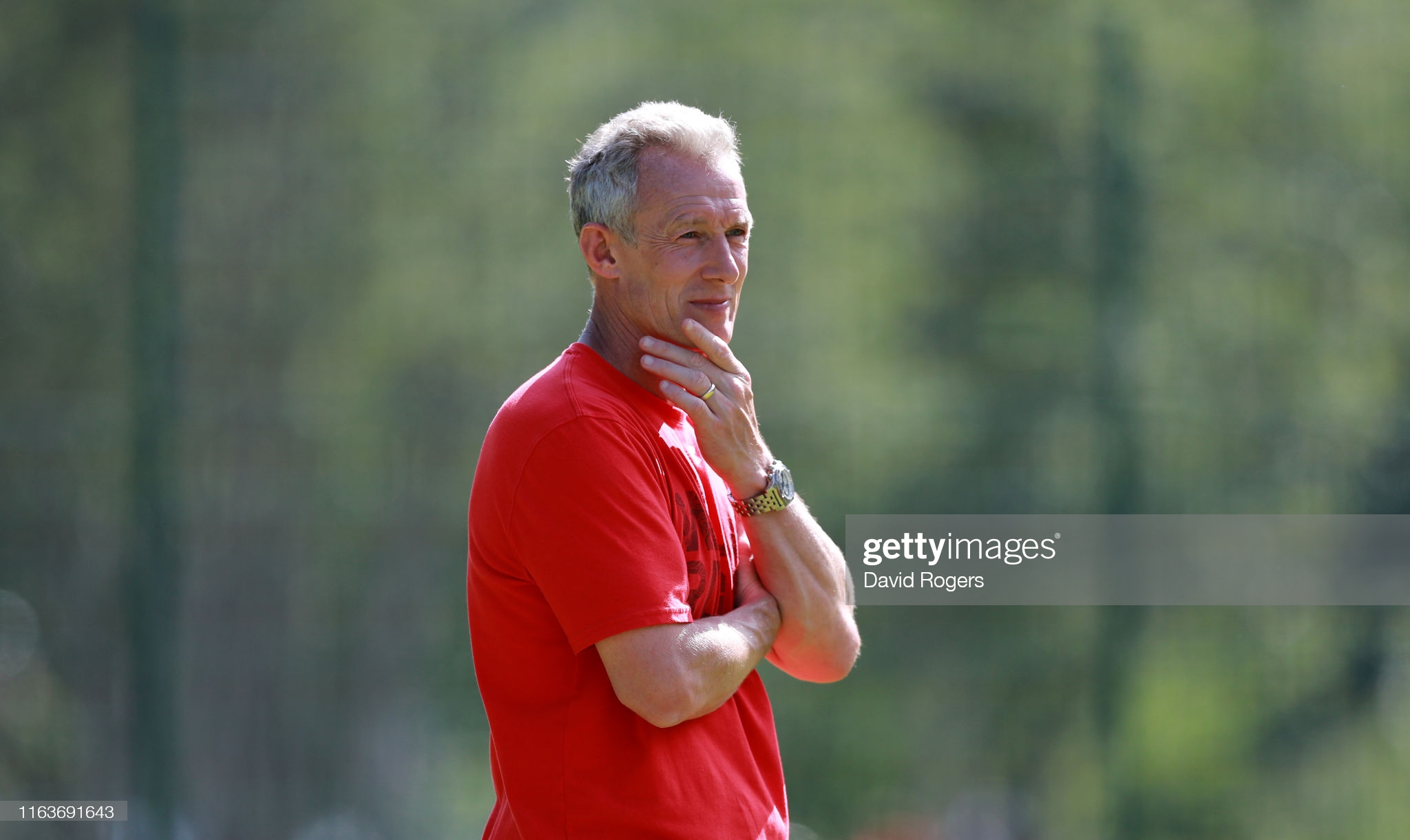 Rob Howley believes Welsh rugby must sort out its player pathway if its teams are ever to compete again for Europe’s top prizes.

The former Wales coach – who is back home on a break from his current job as assistant coach with Canada – has called for changes in the structure of the game he used to work in.

With the two European finals having taken place this weekend, and the four Welsh regions as far away from success as ever, Howley insists only a shake-up of the current structure for younger players can solve the problem.

The former Wales backs coach, who led Wales to a Six Nations title in 2013 when Warren Gatland was on sabbatical with the Lions, says: “Welsh rugby is close to my heart and I’m very passionate about it having come through the system.

“When you look back to 2003 and the start of the regions, Wales have won four Grand Slams since then. Wales have always punched above their weight.

“When I was playing in the Heineken Cup days of 1996, 1997 and 1998, it would have been a failure for Welsh clubs like Cardiff not to get to at least a European quarter-final or semi-final.

“We haven’t got sides like that now. As a national team you’re only as good as the competitions you’re in and it’s important our regions compete at the highest level.

“That is the Champions Cup – not the Challenge Cup. What are the answers?

“It’s about trying to create an elite pathway for the players. As a coaching team with Wales, the challenge we always had was for the players who played at Under-16, Under-18 and Under-20 level to continue their development from age group into their region.

“I think that part is missing in Welsh rugby at the moment.

“There is so much talent coming through the Under-20 side, but we need to engage those players from the ages of 20 to 23 and give them a meaningful competition to play in.

“It’s not good enough at this moment in time. We need to make these players better, quicker.”

Howley may no longer be involved in Welsh rugby after the betting scandal that saw him sent home from the 2019 World Cup, but he is looking forward to facing his old team with the Canadians in July.

Before then, however, he will keeping a keen eye on the British and Irish Lions and their tour to South Africa, where many of the Welsh players he coached will form a likely backbone of the Test side.

Howley went on two tours as a player. In South Africa in 1997, his trip ended early due to a shoulder injury which prevented him from taking what would have been a deserved Test scrum-half berth.

Howley won two Lions caps in Australia in 2001 and coached on three successive tours in 2009, 2013 and 2017. The Lions will travel to South Africa this summer for what will be a very different trip.

It will be the first time in 12 years Howley will not be involved.

“The Lions is special, unique, unbelievable. Long live the Lions,” he says. “The Lions not existing? It won’t happen. It’s too strong a brand. I think they’ll go well in the summer.

“How they deal with the different environment and Covid-19 will be the biggest thing. When I look back on 1997, I was competing with Matt Dawson and Austin Healey and I felt I had an edge.

“I felt was going to get selected for the Test series, but the toughest thing for me was a week before the biggest series of my life, it was taken away.

“Everyone talks about physicality, but technique and physicality go together. You have to compete at the set-piece which is where South Africa will come and challenge you.

“That happened in 2009 and in the scrum in particular. South Africa have a nine and 10 who are world-class kickers and will try and stranglehold you. It’s about how you get out of the rhythm of that game and try and challenge South Africa in a different way.

“We had success with Wales against South Africa, but that was in Cardiff.

“It’s very different when you go there in terms of altitude, but it is amazing what the Lions jersey can do to people – you either become two foot six or six foot six.”

Howley believes Wales’ Louis Rees-Zammit is one of those rookie Lions capable of growing and not shrinking in the famous red shirt in the months to come.

His grin broadens further when he talks about the breakout star of this year’s Six Nations. It is our final topic of conversation. Would he have liked to work with Rees-Zammit?

“Just a little bit,” says Howley, a glint in his eye. It is just fantastic to see him smiling again.