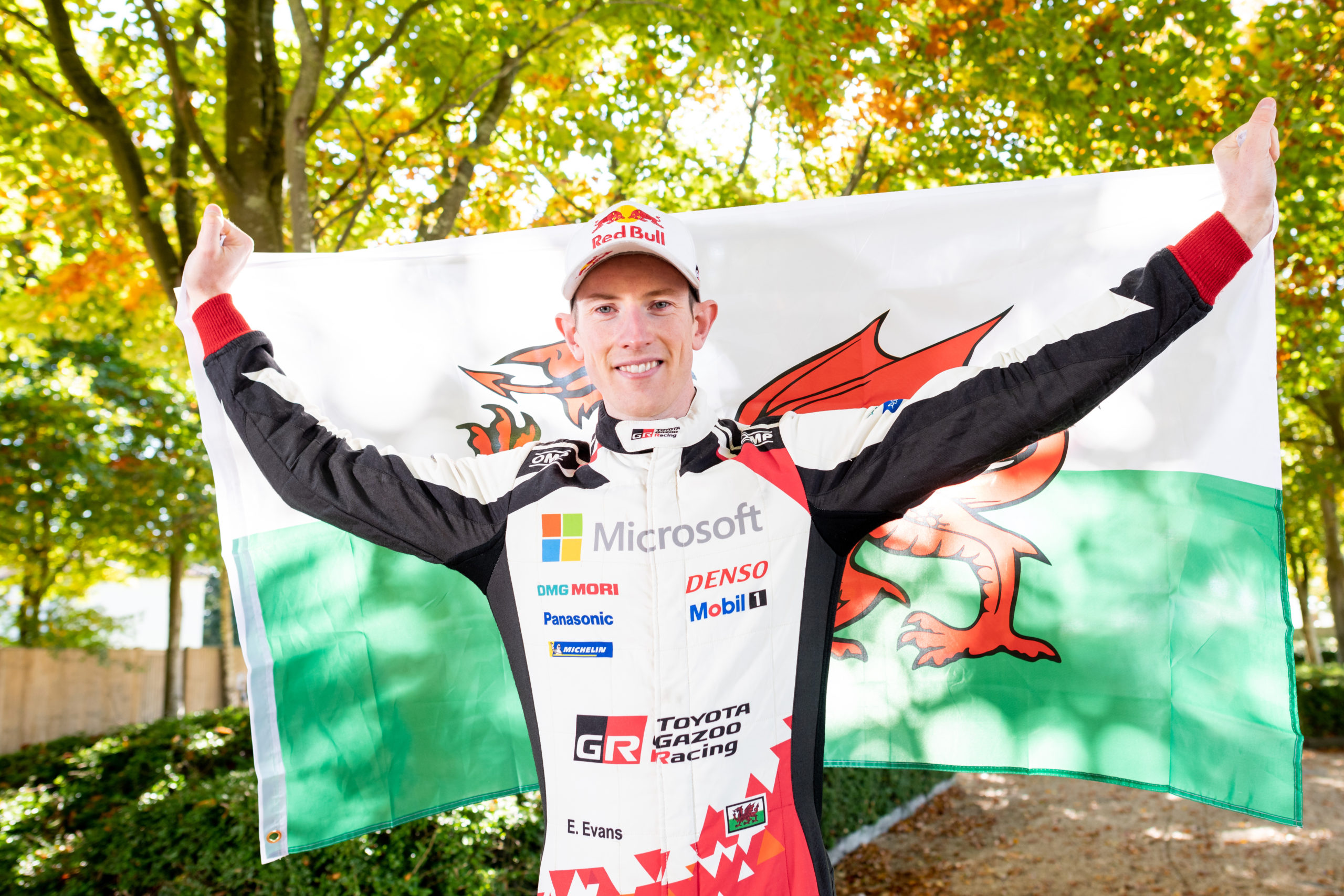 Elfyn Evans powered to a crushing victory at Rally Portugal – the fourth triumph of his World Rally Championship career.

The Dolgellau-born ace won by a commanding 28.3seconds from the Hyundai of Dani Sordo with his Toyota Gazoo Racing team-mate and seven-time champ Sebastien Ogier a massive one min 25.6 secs back in third.

Evans is now second in the drivers standings after making it three podium finishes in four rounds this season – two points behind Ogier.

“It feels good,” said Evans, denied victory at the last round by just 0.6secs from his team-mate.

“We perhaps weren’t the fastest crew this weekend, but we had really good pace and kept out of trouble and obviously did enough to keep Dani at bay today.

“It comes at a good time, so I’m happy to take this one.”

Evans had grabbed the lead on Saturday night when Estonia’s Ott Tänak retired his Hyundai i20 with smashed suspension, taking a 10.7secs cushion over Sordo into the final five stages on Sunday.

Evans doubled his overnight lead in Sunday’s opening speed test and set the fastest time on three of the stages to cruise home with co-driver Scott Martin.

Fifth place on the Power stage as Ogier finished third fastest ensured the Frenchman has a slender two point advantage in the title standings going into the next round in Sardinia (3-6 June).

But Evans is showing the consistency and calmness that could take him to that historic drivers’ title after he so agonisingly missed out last year.

The 32-year-old will surely be delighted by the margin of victory over Ogier after missing out to his team-mate last year and on the last rally in Croatia.