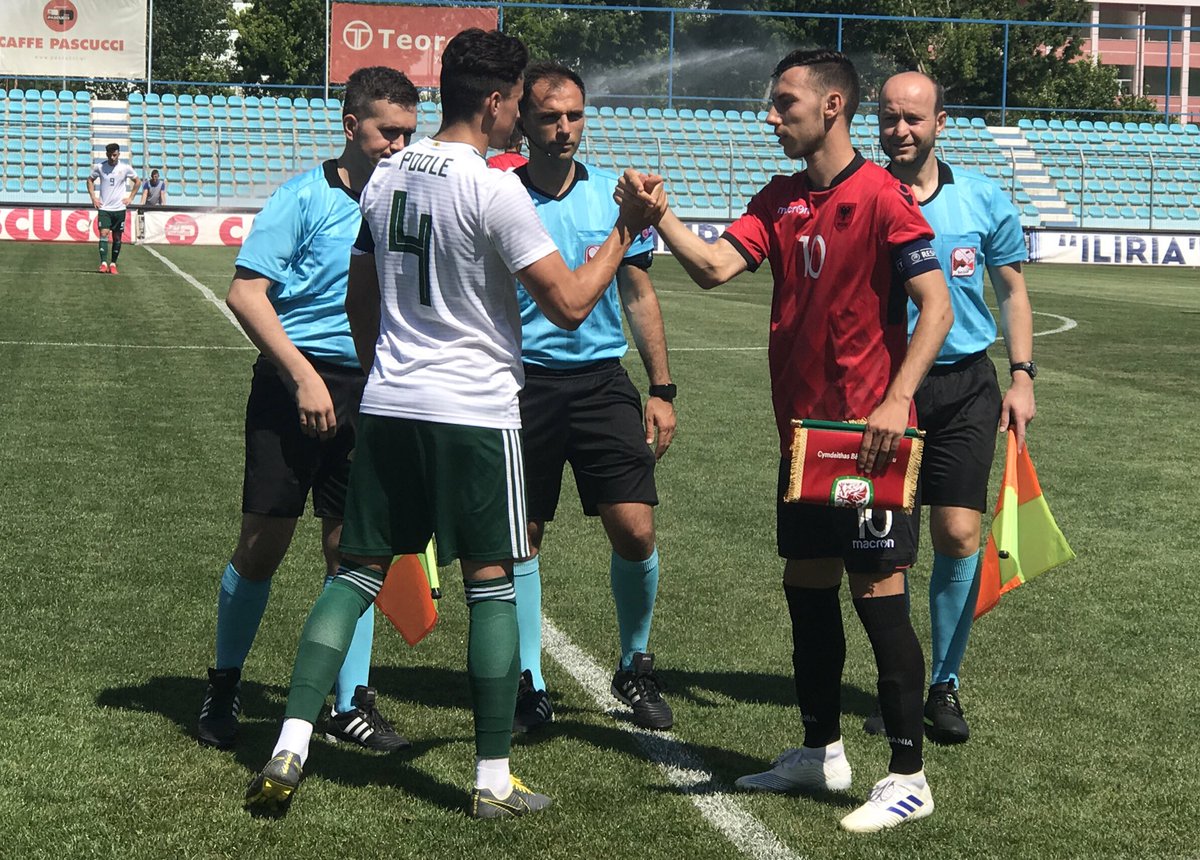 Robert Page, manager of the Wales under-21 team, was upbeat after his players suffered back-to-back defeats against Albania away.

Wales lost 2-1 and 3-1 in friendly matches organised to help them prepare for Uefa Championship qualifying matches starting in September.

“We have a number of new players, some from our younger age groups and others who are new to the system,” said Page. “:We faced a tough Albania side who have already played three qualifying matches where they have earned positive results.

“There were a lot of lessons learned on the camp and that will help us when our qualifiers start in September.”

Wales went down 3-1 against Albania in Durres. The visitors were 3-0 down until the last minute when Aaron Lewis converted a penalty at the Niko Dovana Stadium.

Manager Page made four changes from the team who lost the opening game against Albania 2-1. Under-21 debuts were given to goalkeeper George Ratcliffe and centre-back Ben Cabango, while Harry Clifton and Mo Touray were given their first starts for the age group.

Albania started the game brightly and were quickly rewarded with only nine minutes on the clock. A long-range effort by Sherif Kallaku hit the woodwork lan and the rebounded favourably for Emiliano Bullari to score with a first-time finish.

Five minutes later Albania doubled their lead as a clever through ball was met by Esat Mala, who slotted into the bottom corner.

After those early setbacks Wales settled into the game a lot more with Harry Clifton and Jack Evans working hard to take control in midfield.

Page made two changes at half-time as his side looked for an early goal in the second half, sending on Liam Cullen and Tom Pugh, Wales’ only scorer in the first match.

Wales were rocked just after the hour mark as Armando Broja netted for Albania to make the score 3-0.

There was some consolation for Wales, who were awarded a penalty in the final minute after Liam Cullen was pulled down in the box and full-back Lewis made no mistake from the spot.

In the first match against Albania at the Selman Stermasi Stadium, Tirana, Wales suffer a 2-1 defeat.

Pugh’s goal wasn’t enough to save Wales, although there plenty of positives from a match where manager Page tried different formations and players in a new-look under-21 side.

Wales started the match with several regulars from the previous under-21 Euro qualifying campaign, including captain Regan Poole, Rhys Norrington-Davies and Mark Harris. There was also a return to the starting eleven for Jack Evans, playing his first football match in almost 12 months after recovering from cancer.

Wales started the first half on the front foot under the sweltering Tirana heat and kept possession effectively in the Albanian half, forcing several corners and half chances for the attacking duo of Harris and Broadhead.

The best chance of the half came for attacking full-back Cole DaSilva. A well worked move from the Welsh back line eventually found DaSilva in front of goal, but his half volley flew over the bar.

Several changes were made for the second half with Page looking at his options ahead of the 2021 under-21 Euro qualifying campaign with Niall Huggins and Harry Clifton coming on for their first U21 appearances.

Albania scored from their first chance of the match three minutes into the second half. A defensive error for Wales gifted Roni Broja an opportunity in front of goal and the striker made no mistake in finding the back of the net past goalkeeper Kelland Absolom.

Albania doubled their lead when Broja ran clear from the right-hand side and doubled his goal tally on the hour mark.

Page made three further changes with Tom Pugh and Tom Price on for their first under-21 appearances alongside Touray.

The increased intensity after the changes was apparent and with 10 minutes left Lewis won a free-kick on the right wing. The delivery by Regan Poole was met by the head of Pugh to score his first under-21 goal.

Wales pushed for an equaliser in the final 10 minutes with the best chance falling for Harry Clifton. The midfield player’s glancing header flew just over the bar seconds before the referee blew the final whistle.

Uefa under-21 Championship qualifiers for Wales 2019-21

Venue to be confirmed