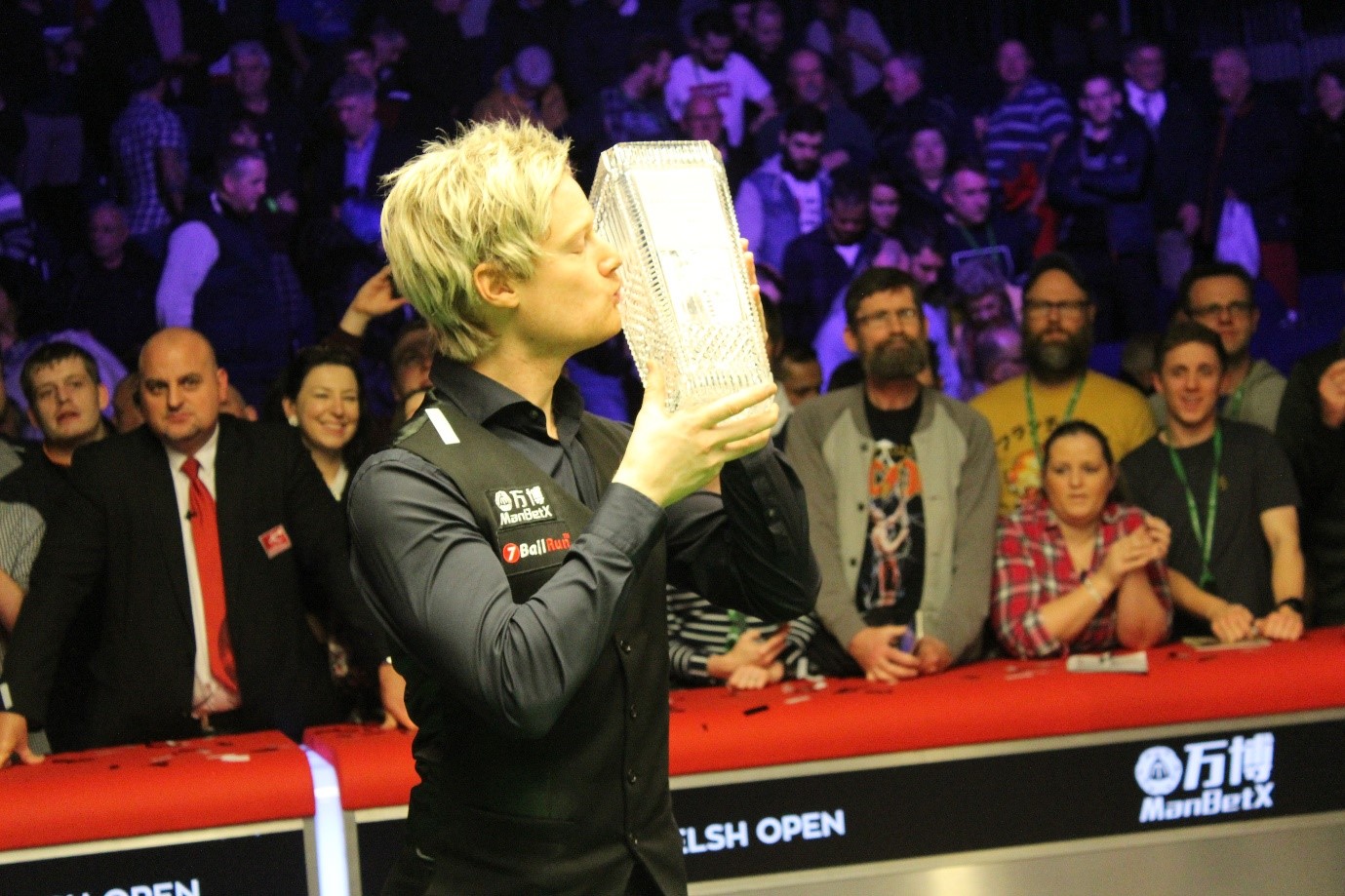 Ronnie O’Sullivan scored the 1,042nd century break of his career on the way to a convincing victory against Iran’s Soheil Vahedi in the ManBetX Welsh Open Snooker Championships.

He scored 131 in the third frame, completing the break in just over seven minutes.

This was O’Sullivan’s 100th match in the Welsh Open and he won in just under an hour to earn a quarter-finals against Mark Selby, who won 4-3 against China’s Zhao Xintong 4-3.

“I’m pleased to get the win and happy to be in the next round,” said O’Sullivan. “I managed to pinch the second frame to go 2-0 up and played a good third, while the fourth was in and out, I am really pleased to get through.”

Five-time world champion @ronnieo147 has whitewashed Soheil Vahedi to become the first player through to the quarter finals of the @manbetxofficial Welsh Open.

The Rocket recorded a break of 131 in frame three of a 4-0 victory!

There are no Welsh players left in the Open. Dominic Dale was the lone home survivor and he went down 4-1 against Shaun Murphy.

Reigning champion Neil Robertson, Judd Trump and O’Sullivan are the three players in the last eight who have been producing sparkling form.

He has qualified for the finals of the last three tournaments, winning the BetVictor European Masters and the Coral World Grand Prix and losing the German Masters final.

Seven of the last eight are ranked in the World’s top 10, while China’s Yan Bingtao is at number 20.

Selby secured his quarter-final place by beating Xintong 4-3 and said: “Zhao is so talented, he just sees the shots very quickly, is a great talent and brilliant for snooker.

“Whenever you play Ronnie at any tournament it is always a great game and a great occasion. It was a good game at the Scottish Open.”

Queueing down the street in Cardiff for a sumptuous quarter-finals day at the Welsh Open. 128 ranking titles between the 8 players. Live on Eurosport from 11.45am. Ronnie v Selby up first #HomeNations pic.twitter.com/dn8WgF8czD