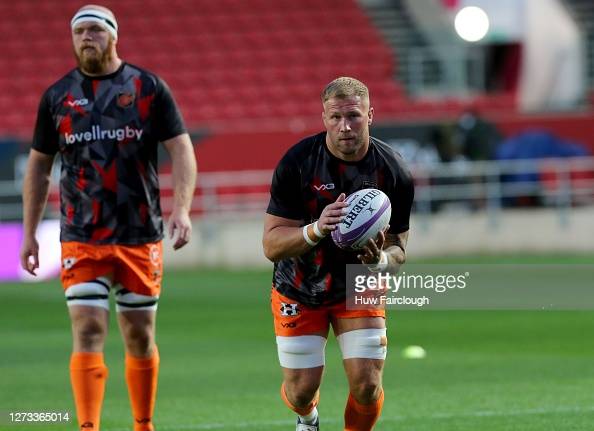 Ross Moriarty will make his first appearance for three months after returning from injury to captain the Dragons for their crucial United Rugby Championship clash with Benetton at Rodney Parade on Friday night.

The back-row forward has been temporarily released from Wayne Pivac’s squad in order to get some crucial game time under his belt ahead of Wales’ Six Nations opener against Ireland in Dublin next weekend.

If he comes through unscathed, then Moriarty is likely to find his second game back is the tournament opener in Dublin and a mission to try and gain a first win in the Irish capital since 2015.

Dragons director of rugby Dean Ryan has made nine changes to the side which lost to the same opponents in Treviso a fortnight back.

Moriarty is joined in the back row by flanker Ollie Griffiths, who returns following injury, and Harri Keddie, who wears the six jersey.

| We are back on soil for our first home game of 2022 with another big @URCOfficial clash @BenettonRugby!

Adam Warren comes back into the side at centre to partner Aneurin Owen in midfield. There will be a new-look back three at Rodney Parade with Jonah Holmes, Jordan Olowofela and full back Josh Lewis all returning.

Among the replacements are Wales internationals Elliot Dee and Rhodri Williams, who both return from injury, while Fijian Mesake Doge is also back in the matchday squad.

“We recognise all Italian sides are big up front,” said Ryan. “I thought they strangled us a little bit in terms of high ball and contest on the ground.

“For us to try and get away from that we need to be better in those areas because we couldn’t get into the game that we wanted to play.

“We’ve got to increase the pace of the game and to do that we’ve got to control the breakdown and if we can do that hopefully we can get a little bit more movement.”