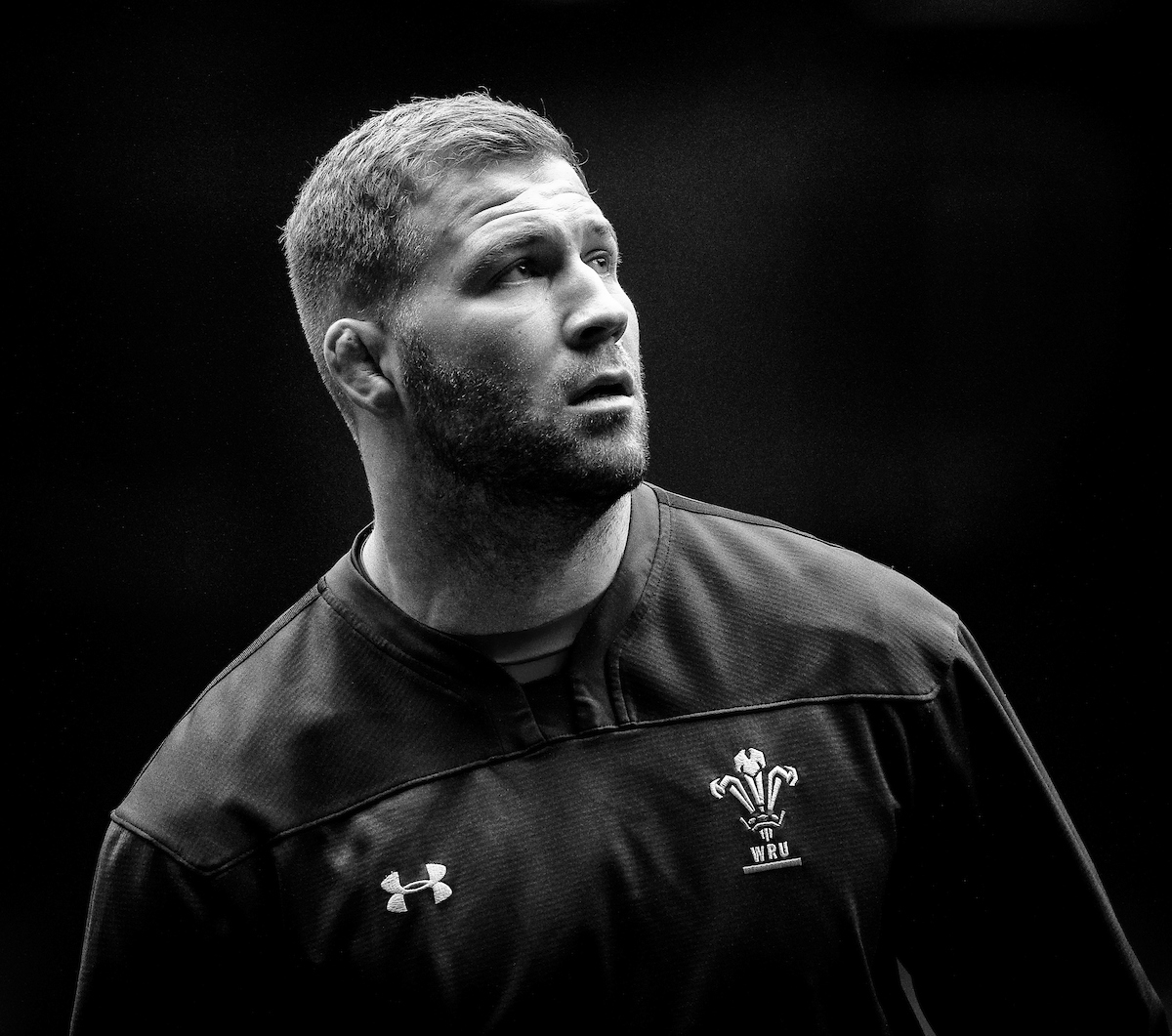 Ross Moriarty will approach Saturday’s Grand Slam clincher against Ireland as he does every games for Wales – fearing it could be his last.

The Dragons No.8 has revealed he frets about losing his place in Warren Gatland’s team, but that insecurity drives him to deliver his best performances.

Moriarty’s form and influence in this Six Nations campaign has enabled Wales to make light of the absence of Taulupe Faletau, arguably the most talented player in a red shirt over recent seasons but who was injured for the autumn internationals and then ruled out again on the eve of this tournament.

Gatland will bid to have both players fit and firing for the World Cup later in the year – which is why Moriarty says he has to lay down another marker against the Irish in Cardiff this weekend.

“I say to myself every time we go into a game I am fighting for my spot,” said Moriarty, who left Gloucester to return to Wales last summer.

“One mistake could mean I am out and nobody wants that. Sometimes people don’t see the hard graft, but against Scotland it showed across the board. It was a big heavyweight slog.

“We’ve had some difficult games in the Six Nations, but we are ready to go again.”

The victory at Murrayfield has put Wales within touching distance of another Six Nations clean sweep to follow those achieved by Gatland in 2008 and 2012.

The results in this tournament are part of Wales’ record 13-match winning streak – a run that Moriarty has been central to with appearances in 10 of those matches.

The only games he missed were against Italy and France in last season’s tournament and the November Test against Tonga.

Now, the 24-year-old – who will win his 31st cap on Saturday – is determined to ensure another victory against the last team to beat Wales, Joe Schmidt’s men in green.

“This is my first opportunity at a Grand Slam and it’s what we set out to do at the beginning,” added Moriarty.

“Apart from winning a World Cup it is the biggest thing for anyone in the Northern Hemisphere so I’d be really happy to achieve one.

“We’ve been building nicely over 13 games and against Ireland we won’t take a backward step to try and continue the streak. They are a good team and we know what they are capable of.”

Wales’ latest success – the gritty 18-11 victory over Scotland – was built on a remarkable second-half rearguard plotted by defence coach Shaun Edwards. At Murrayfield Wales made more than 140 tackles after the break following earlier tries from Josh Adams and Jonathan Davies.

Victory over Ireland – his former side – would make Gatland the only head coach in Six Nations history to win three Grand Slams. After the match in Edinburgh, Wales have altered their training schedule slightly for Ireland. They took Monday off to rest tired and battered bodies, but will return to action on Tuesday morning.

Gatland has been boosted by the fitness of fullback Liam Williams who left the field against Scotland due to a second-half “stinger” injury. Lock Adam Beard – who has won all 12 of his Tests to date – is another nursing the scars of battle, but Wales have no serious injury concerns for Ireland.

“We lacked a bit of discipline at times, but we will definitely shape up big-time this week now,” said Moriarty, reflecting on the Scotland win.

“There has been a lot of hard graft, a lot of carries and a lot of tackles, but it’s been nice to get the games in and build up some momentum.