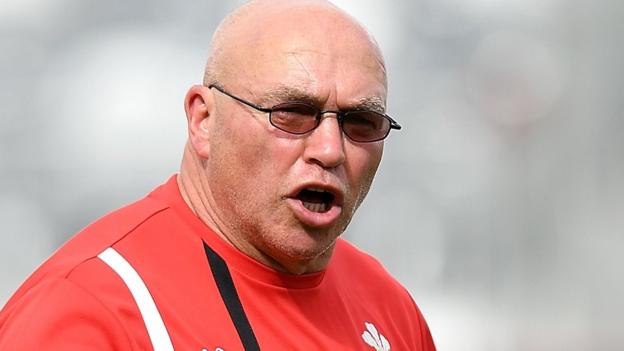 John Kear admits Saturday’s game against Ireland in Wrexham could not be any bigger as Wales bid to qualify for the 2021 Rugby League World Cup.

The Dragons will be certain of qualifying if they see off the Irish at the Racecourse Ground (3pm) with both sides having won one game so far.

Wales lost their opener against France, but then beat Scotland last weekend while Ireland have a victory over the Scots to their credit in their opening European Championships game.

“Sunday’s a massive game for us,” Head Coach Kear said. “We’re all aware of what the rewards are. Regardless of the rewards for any game, you’ve got to go through the processes to earn that.

“We’ve been trying to emphasise that the rewards are great, but you’ve still got to do the ordinary things in rugby league in order to achieve them.

“We’ll be in and amongst it, but I’m fully aware of how good Ireland are. There are four lads who I’ve coached a great deal and I’ll tell you they’re good players.

“It’s a heck of a challenge, but we’re fully aware of it and we can plan for that. If we go through processes in an efficient manner, we’ll certainly be in with half a chance.”

Kear, who has an extensive coaching career at both international and club level, guided Wales to the European Championship back in 2015.

But he reckons this has been the most enjoyable year coaching his Wales side since then.

“I feel really revitalised by the fact there are so many young men in this squad. They’re young men who are a very good standard of rugby league player, but they’re also young men who will improve over the next couple of years.

“That makes it exciting hopefully building up to the next World Cup, but the immediacy is attempting to get there and that’s no mean feat because it’s a tough challenge playing a very good Ireland side.”

If Wales perform as they did against Scotland, however, Kear is confident his side can put in a good showing.

“I was pleased with the first-half last weekend because I thought they showed great resilience,” he said.

“It would’ve been easy to hang their jumper on the peg, say we’re 12-0 down and we’ll put it in the too hard bin.

“They didn’t do that. They said we’re 12-0 down, we’ve got a big challenge and they worked really hard to get back in the game.

“They went away from the opposition in the second-half, which was very pleasing.”