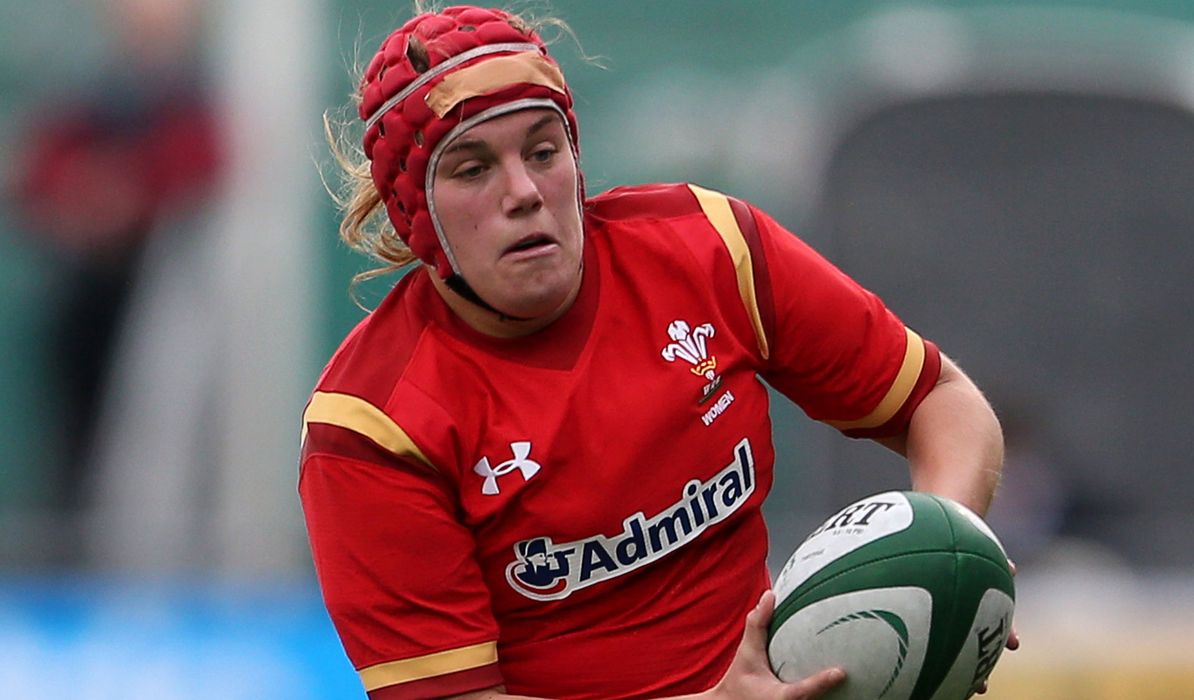 Ospreys full-back Lauren Smyth will make her debut when Wales Women get their three-Test autumn series campaign underway against South Africa on Saturday in Cardiff. (Cardiff Arms Park, 11.30am).

Head coach Rowland Phillips’ side will also face Hong Kong next Friday (16 November) and Canada on Saturday 24 November in the biggest autumn series for the women ever.

The series comes on the back of a ramped up regional programme designed to improve conditioning, skills and match performances.

“On the back of the last Women’s Rugby World Cup, we highlighted the need to play more competitive rugby and gain more profile for the women’s game and we had the full backing of the Welsh Rugby Union in putting together a full autumn campaign.

“Women’s rugby in Wales is growing, many young girls now have an ambition to play to a high standard, inspired by former and current internationals and it’s no surprise that the most successful international teams have a large playing base to support that.

“We want to help make those connections and it’s great to see that girls who play in the girls’ clusters around Wales will be part of Saturday’s match.

“All players involved on Saturday have come through the recent regional pre-season and competition phase which has already produced some obvious results in terms of physical gains and improvements in performance.

“However, we are in the business of preparing teams for international rugby so the true test of the programme will be in our performances over the next three weeks.”

As well as Smyth, Phillips has named three other debutants – Manon Johnes, Ffion Lewis and Alicia McComish – on the bench.

Keira Bevan and Alisha Butchers make their return to the Wales team after long lay-offs due to injury, and the starting line-up includes eight of the Regional Championship winning Ospreys Women squad, plus three more on the bench.

Of the new caps, Phillips said: “We knew Lauren was talented. She’s been involved in the sevens programme, but the regional programme really accelerated her development – her performances were outstanding throughout.”

“At 17, Manon is technically and tactically mature and is a hugely exciting prospect. Ffion has been knocking on the door for a while through the sevens programme but she’s kicked on throughout the regional programme to gain this opportunity and I’m looking forward to seeing how she gets on.

“Alicia McComish’s situation shows how the programme has helped us widen the net at this level as she had previously been involved with Wales Sevens but impressed during the programme, she brings a great attitude and it’ll be exciting to see her develop.

“We know that South Africa are a good, powerful side who have made significant progress recently. It’s a great opportunity to play these matches as part of the international weekends in Cardiff.”