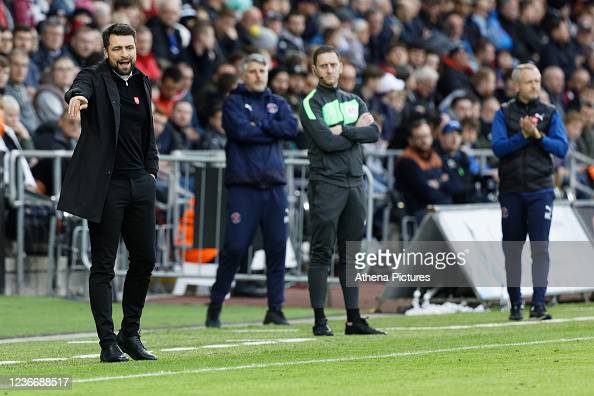 Russell Martin has admitted he was sure Matt Grimes was leaving Swansea City before he signed a new contract last week.

Swansea captain Grimes was recently linked with moves to Watford and Fulham but has signed a new three-and-a-half-year contract to stay in Wales. And Swansea manager Martin insists Grimes, who was outstanding in the clubs 1-1 draw with Blackpool on Saturday, is vital to the clubs progress.

Delighted to sign a new deal with this incredible club. Can’t wait for the next chapter ❤️ pic.twitter.com/9oGwUffTgQ

He said: “I thought he was going to go in the summer; we all did.

“I sat there on deadline day at 10 o’clock and thought he was going but he didn’t which was testament to the owners. I think he’d resigned himself to going at some point.

“He was in the last year of his contract and reluctantly he thought he was going to be going whether it was in January or the end of the season.

“He came and approached me a few weeks ago and said he would really like to stay if there was an opportunity to get a final offer from the club, and for him to assess it.

“I think it’s really important because he could have got a lot more money elsewhere, but he feels really connected to what we’re doing.”

But Grimes couldn’t get Swansea over the line against an impressive Blackpool side with Keshi Anderson’s late strike securing a point for the Seasiders. Swansea also had two clear cut penalty appeals turned down with Ethan Laird barged off the ball in the box on both occasions.