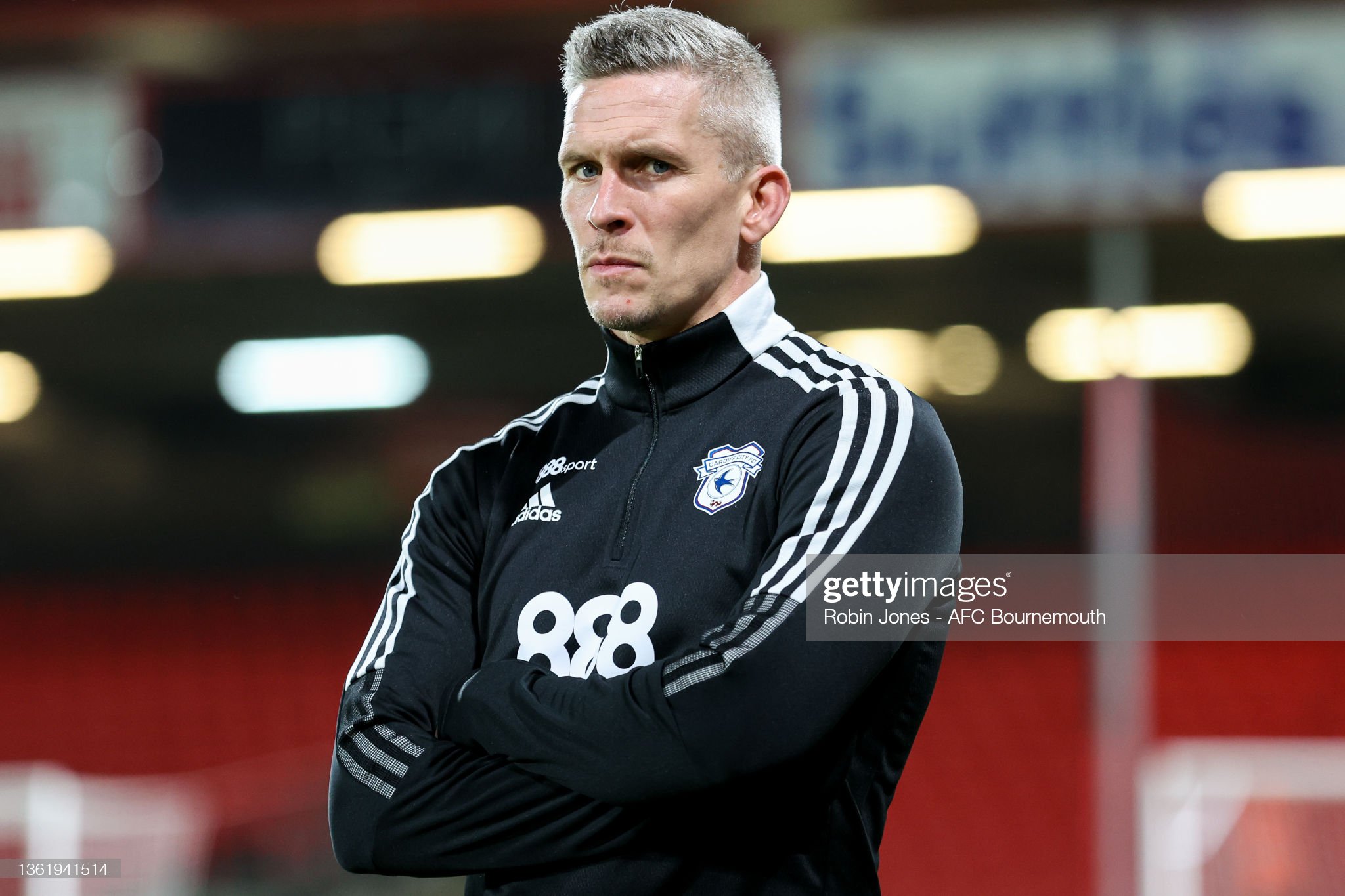 Cardiff City boss Steve Morison once again showed his ruthless side on as he hauled off striker Max Watters in the 37th minute and replaced him with Jordan Hugill in the Bluebirds’ 2-0 home win over Coventry City.

Watters had seen two chances saved by Sky Blues keeper Simon Moore in the time he was on the pitch, but Morison wasn’t impressed by other aspects of his performance.

In much the same way as he chastised Zak Davies and Rubin Colwill in previous weeks, he let Watters know what he expects from his players.

With 20-year-old striker Davies, Morison had described the youngster as “more of a hindrance than a help” after substituting him at Bournemouth, just half an hour after sending him on – a remark which earned the manager criticism from some former players.

“I’ve just got to use my words correctly this time or I will get annihilated – he just wasn’t good enough,” said Morison.

“Is he upset? Yes. Do I want him to be upset? Yes. Does he need to realise what it takes to be a Championship striker? Yes. Will we go through it with him and talk about it again? Yes.

“You can’t play up front in this team, any team in the Championship, and not have a physical edge to your game. The ball can’t keep coming back.

Max Watters didn’t go down the tunnel at half-time. He remains sitting in the stands. Clearly disappointed – but Morison felt he had to take action #CCFC #Bluebirds pic.twitter.com/QrYeMw66lk

“Within all that, he could have had two goals. He could have scored a header in the first minute, I thought it was a goal as soon as it went to him.

“Then when he goes through, I’d already planned to take him off, but then I was like ‘Oh what am I going to do now, he is going to score!’ Because he is a goalscorer.

“But I think you could see the difference as soon as Jordan come on.

“You have two choices in life. You either suck it up, get on with it and get better and make me not do it again, or you don’t. It’s very simple.”

Second half goals from Joel Bagan in the 72nd minute and substitute Mark Harris in the 87th made it three home wins in a row for the Bluebirds, who moved up to 19th and are now 15 points clear of the relegation zone.

As for Coventry, they thought they should have been given a penalty when Callum O’Hare was twice brought to ground in a matter of seconds in the Cardiff box.

Coventry boss Mark Robins was more concerned about his injury ravaged side’s lack of energy than the fact they weren’t awarded a penalty.

Max Watters cuts a lonely figure sat at halftime behind the bench. Why play him and knock it long, that made no sense. Feel sorry for him. pic.twitter.com/KkHMAnDYHc

“He had one shout for a penalty and the other one cost him a penalty because the referee looked at it and saw it was a dive. He was going at full-tilt and he tried to get out of the way and avoid contact,” he said.

“The second one he’s clipped him and it could have been a penalty. But it wasn’t given and we aren’t going to bemoan that.

“The fact for us was we were below par in terms of energy levels. This game was fitted in because of Covid in the Cardiff camp earlier on in the season. That game played then would have been a different story. Us at full tilt and full energy is a different story.

“We didn’t do enough even though we had a lot of possession in the first half. There was nothing really in the game or goalmouth opportunities.

“We knew we were below par in terms of energy in the second half but there wasn’t a great deal we could do because those are the numbers of players available to us. That’s the frustration.

“We were a goal down when our big chance came. Viktor Gyokeres did everything right in heading it down and the goalkeeper just catches it with his foot.

“Bad luck, good luck, you have to take the chances. We conceded again before the end, but we just didn’t do enough.“

Watters was replaced by Hugill before the break and demonstrated his dismay by sitting in the dug-out for the whole of half-time and the rest of the game.

Hugill should have broken the deadlock in the 54th minute when a brilliant piece of work down the right by Cody Drameh cut Coventry wide open.

The wing-back put the ball into the path of the onrushing Hugill, but the striker got the ball caught under his feet and his shot was easily saved from 10 yards.

But the breakthrough came when Bagan cut inside on the left edge of the box and fired an unstoppable shot into the right corner to give Cardiff the lead.

Then Harris outstripped the defence on the right and fired home.