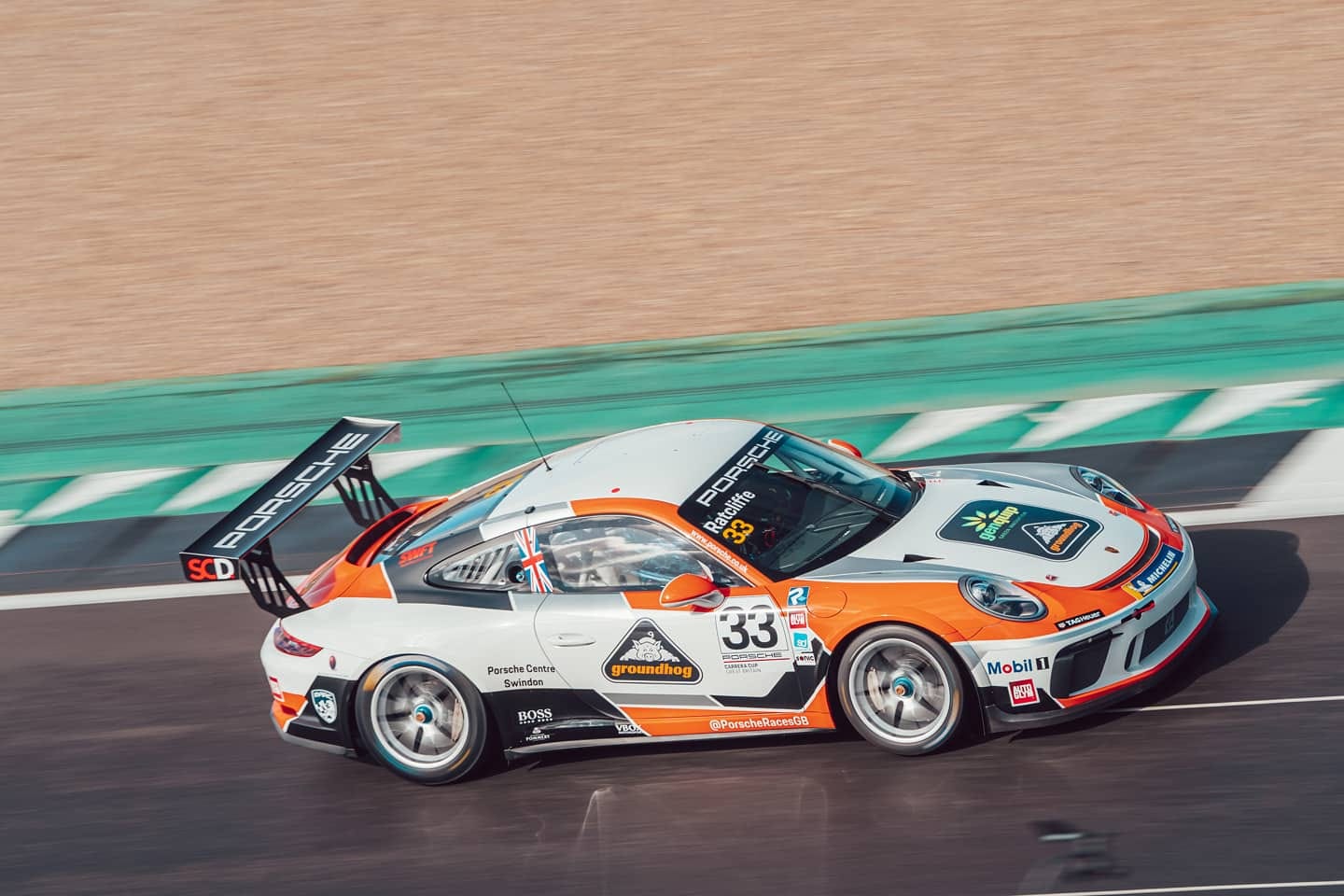 Ryan Ratcliffe's Porsche 911 is a physically challenging monster to tame.

Motorsport is finally emerging from the enforced pit stop of lockdown and for one Welshman the lights turn green again this weekend. Ryan Ratcliffe will be racing in the Porsche Carrera Cup at Donnington Park, keen to make up for lost time, as he tells Paul Evans.

Racing is very much a family affair for Ryan Ratcliffe and the sport which has always been about spending weekends together as much as it has been about overtaking, has seen him win in some of the world’s most exotic cars.

Despite never racing karts as a kid, which is the usual starting point for a would-be racing driver, Ratcliffe’s racing ancestry resembles a supercar showroom.

Having mastered high-powered cars like a BMW Z4, Mercedes AMG, Audi R8, Ginetta G50 and a Bentley Continental, the former British GT4 and GT Silver Cup champion is about to add another supercar to that list – for this weekend Ratcliffe will make his debut in the Porsche Carrera Cup.

With a grid full of identical flame-spitting 458bhp 911 GT3 Cup cars, it’s the fastest one-make racing series in the UK.

The Porsche 911 is a physically challenging monster to tame, and this year’s Covid-19 disrupted calendar is more demanding than ever, with the entire 16 round race series crammed into just four months.

Starting at Donington Park in Leicestershire this weekend, August has four race meetings and eight races alone – which the super-fit 26-year old says will play to his advantage, as it will “sort the men out from the boys”.

And as always, his family will be there with him.

Heres a slightly better shot than my Phone camera 😅 pic.twitter.com/6l6xrAYBqZ

“I never started racing to try and make a career out of it,” says Ratcliffe.

“When my father started the family business, he’d be in work from six in the morning until ten o’clock at night, so I would never see him during the week.

“So my racing started as a way for the whole family to spend the weekend together, and they have been to every single race I have driven in.

“I really enjoy the family aspect of it, and it’s so important to me that I wouldn’t have it any other way.”

After a lengthy lockdown, things are beginning to get back to normal.

Ratcliffe is back working with his father in their re-opened Groundhog factory, which manufactures bespoke steel units for the construction industry, and for the first time this year he’s packing his race suit and crash helmet and preparing for a long awaited race weekend.

“I can’t quite believe how quickly lockdown has gone,” admits Ratcliffe.

“I’ve known since last November that I was going to contest the Porsche Carrera Cup this year, and I thought the time between then and when the racing was supposed to start in March was a long time.

“I thought the postponement for another five months on top of that was going to be difficult to endure, but the extra time has flown by.

“We’re lucky to have the Carmarthenshire countryside right on our doorstep, so it’s been great to walk the dog with my girlfriend every day and watch stuff like farmers plough the fields and generally spend a more relaxing time outside.”

Something akin to a normal racing life returned when Ratcliffe tested the Porsche 911 GT3 recently – which he found quite different from what he’s accustomed too.

“The tests went really well, and every time I drove the car I went quicker and quicker.

“It’s a big step up from what I’m used to, as the Porsche doesn’t have the drivers’ aids like traction control and ABS [anti-lock braking system] which the British GT Championship cars have, so there is a lot of power going through the back wheels to control.”

For his first attempt at the Carrera Cup, Ratcliffe will race in the middle Pro-Am class with one of the top teams, Team Parker Racing.

All the cars are the same, but the drivers are split into Pro, Pro-Am and Am categories, so they can race with drivers of similar experience, develop their skills and progress through the series.

#Porsche #CarreraCupGB is back! Action gets underway this weekend at @DoningtonParkUK, Rounds 1&2 will take place on Sunday with live coverage on ITV… 🚥🏁🏆 pic.twitter.com/iAJCSn9JIq

And whilst even the most experienced Porsche racers might feel a little rusty on the first race weekend of the season, Ratcliffe will have the added challenge of having to learn some of the circuits – for he hasn’t raced at Knockhill and Thruxton for 10 years.

“This is going to be a learning year for me, so starting in the Pro-Am category gives me the opportunity to race in a non-pressure environment,” adds Ratcliffe.

“It gives me class poles, podiums and wins to aim for.

“It’s going to be a very difficult opening month, and eight races in August will sort the men out from the boys.

“By the end of August, people will be struggling with their fitness, but I’ve prepared well for the start of the season.

“I’ve got my diet sorted and I’m in good shape, and from now on my fitness training will be all about recovery and getting ready for the next race.”