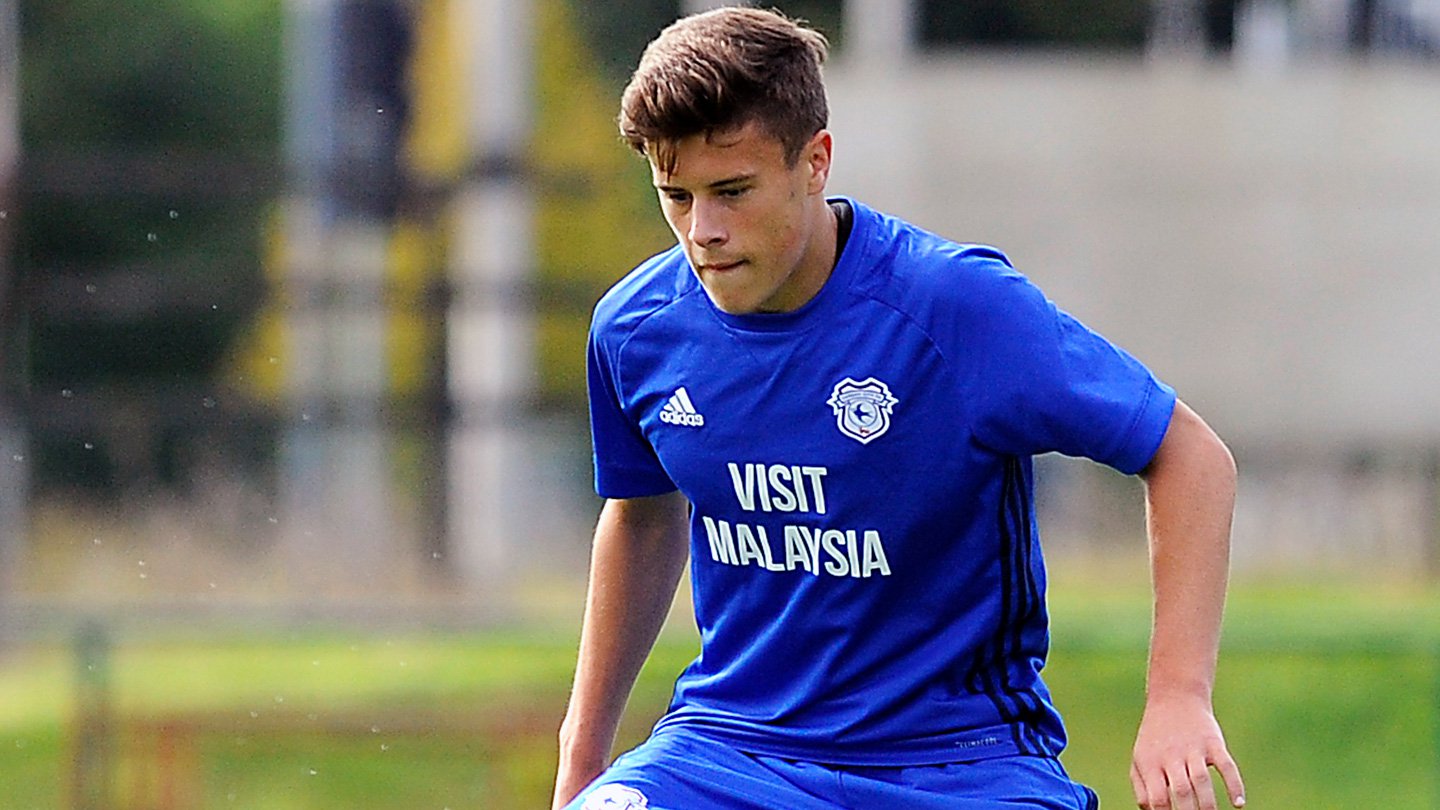 Sam Bowen has moved on loan from Cardiff City.

Barry Town United manager Gavin Chesterfield is expecting Sam Bowen to make a big impact at the club this season.

The 19-year-old midfielder, who joined on loan from Cardiff, made an impressive first showing according to Chesterfield, who said: “I was delighted with him.

“I’ve known Sam for a while now and he’s a really good lad. He takes on board information well and I think he put a real good shift in for the team both in and out of possession.

“I hope he enjoyed it out there because this is probably going to be the next revolution for him in terms of his development.

🗣️ INTERVIEW: “We’ve had some key situations in the game that have gone against us.”

“There will be more to come from him, for sure, but I thought he was excellent.”

Despite having a one-man advantage for over 88 minutes Barry struggled to open a resilient Connahs Quay side who have only conceded five goals in their opening nine league fixtures.

Chesterfield added: “To be honest, before the game I would have taken a point but given the way the game has gone it’s a missed opportunity.

‘We had lots of possession, lots of territory and good moments but parts of the game went against us.

“I was very happy with response I had from our midweek defeat to Bala, and hopefully now it will give us a chance to get some bodies back from injury.”