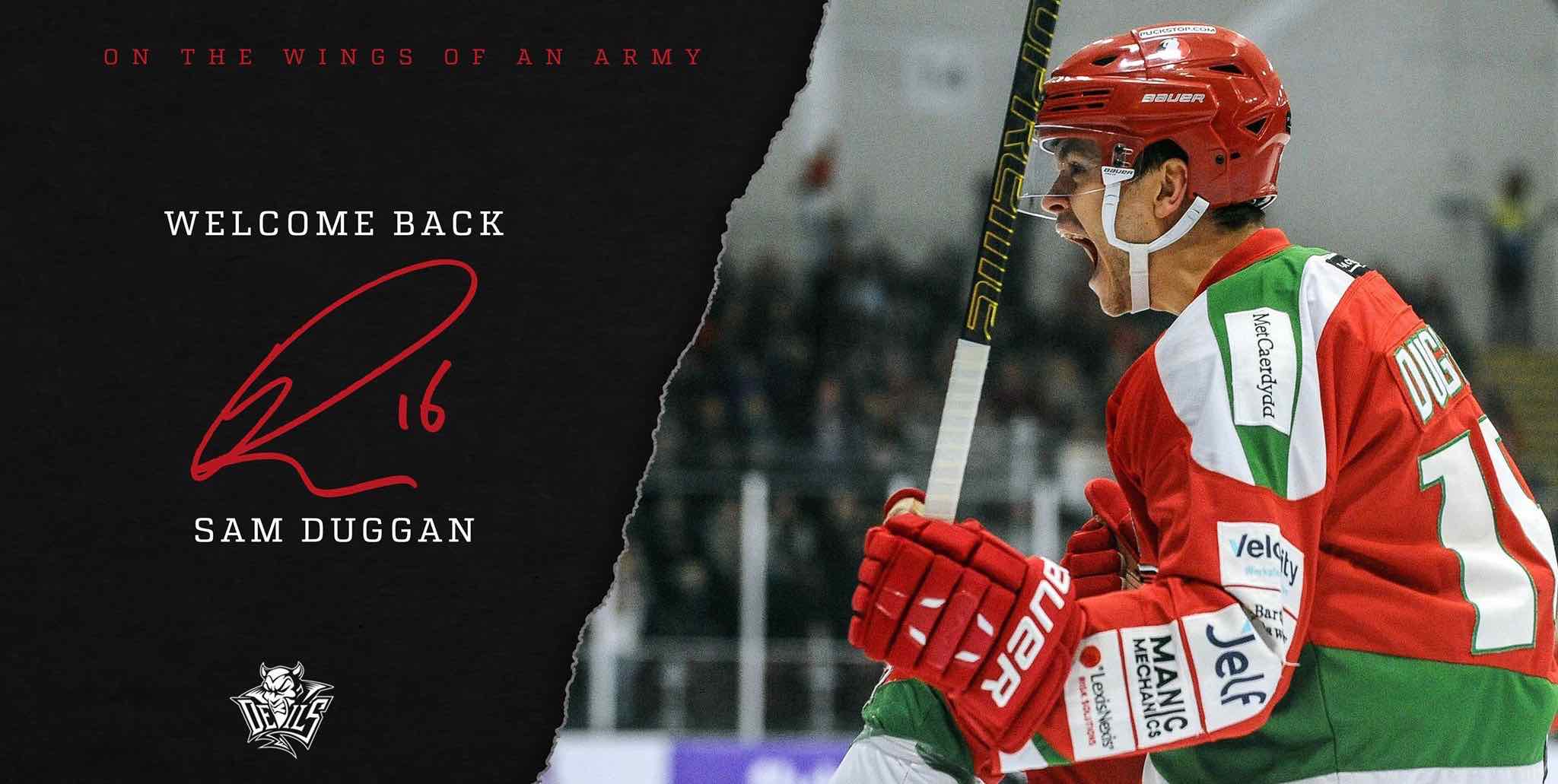 Sam Duggan is back in South Wales for a second season of Cardiff Devils ice hockey.

Reading-born Duggan, aged 20, is the latest player to commit for 2019-20 and head coach Andrew Lord says: “Sam was a great addition for us last season.

“He was somebody we’d looked at closely for a couple of years and as soon as we knew he wanted to come back to the UK we knew we had to bring him to Cardiff.

“Sam loves the game of hockey and I love the attitude he brings to the rink every day.

“He wants to get better every day and works so hard at it. The amount he’s improved this season was incredible and he’s just getting better.

“I’m really excited to see what this season will bring for him.”

Duggan joined the Devils in late October for his first stint of professional hockey following spells in Sweden and North America, where he was playing for Jamestown Rebels in the USA.

He played 58 games for Devils last season and improved immensely during that time.

Duggan finished the season by lifting the play-off championship trophy, his first title in his first season as a pro

He played four years in Sweden with Orebro HK. He was assistant captain for Orebro in the Under-20 SuperElite League.

Two years ago Duggan iced for the GB men’s senior squad who won gold in Belfast and gain promotion to Division One A, scoring twice and adding an assist in the five games he played.

In 2018 he captained Team GB under-20s at the World Junior Championships, scored four goals with five assists in five games and was chosen as top player on his team.

Duggan played for Bracknell Stingers at under-16 level and Bracknell Drones under-18s before moving to Sweden in 2014 at the age of 16.