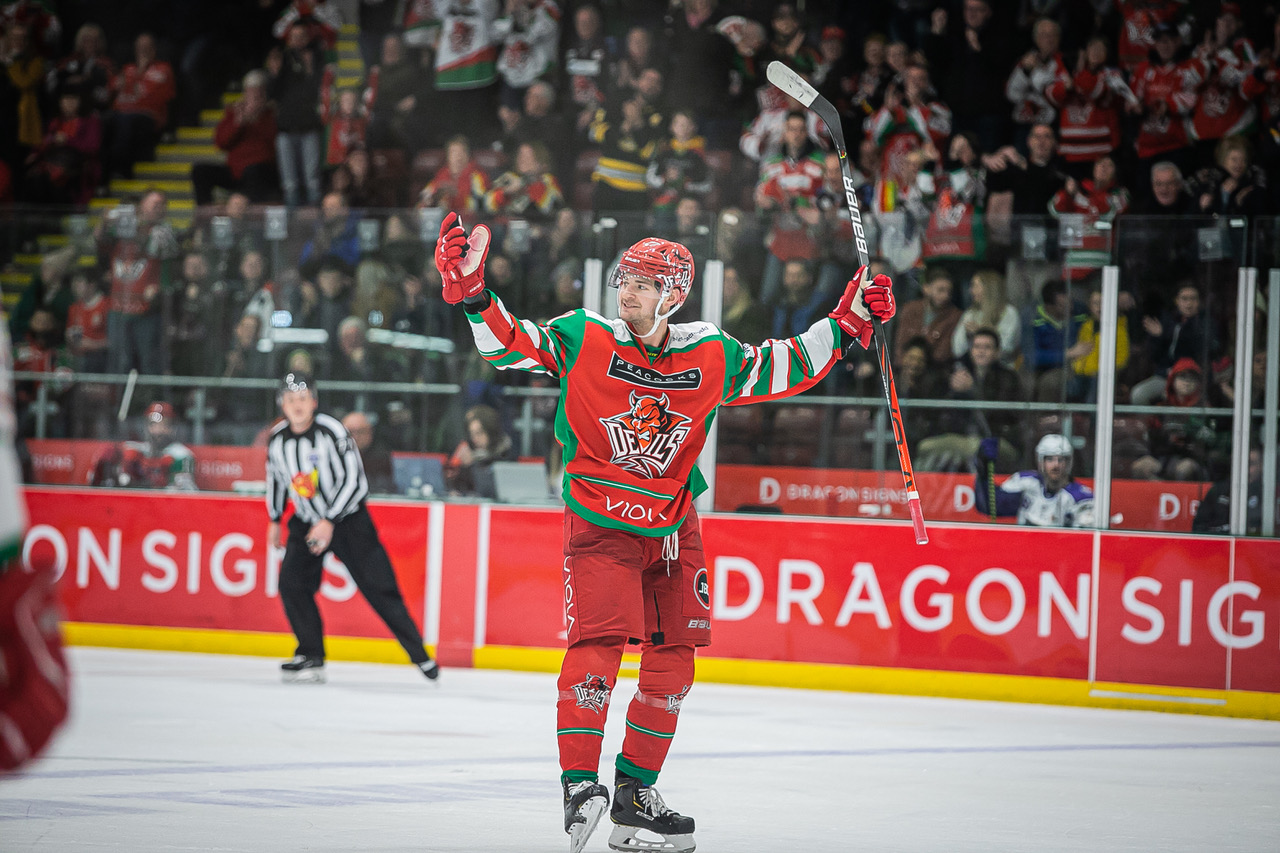 Jardine celebrates after scoring another goal for the Devils. Pic: Rebecca Brain

Defenceman Sam Jardine, a former Toronto Marlies player, returns for his second season as a Devil after putting up six goals and 14 assists for 20 points in 63 games last season.

He led the Devils and finished second in the entire Elite League in plus/minus with a +24 rating.

The 26-year-old Jardine joined Devils after splitting the previous season in the American Hockey League and the East Coast League with the Marlies and Newfoundland Growlers.

He won his second Kelly Cup (ECHL Championship) with Growlers in 2018-19 having previously also won the trophy with Colorado Eagles in 2016-17.

Jardine was drafted in the sixth round of the 2011 NHL draft, 169th overall by Chicago Blackhawks.
He played three seasons at Ohio State, one of the top university programmes in America and was an alternate captain in his final season there.

Lord has accepted a head coach role in North America’s East Coast League, while Piggott has a new job outside of ice hockey in Switzerland.