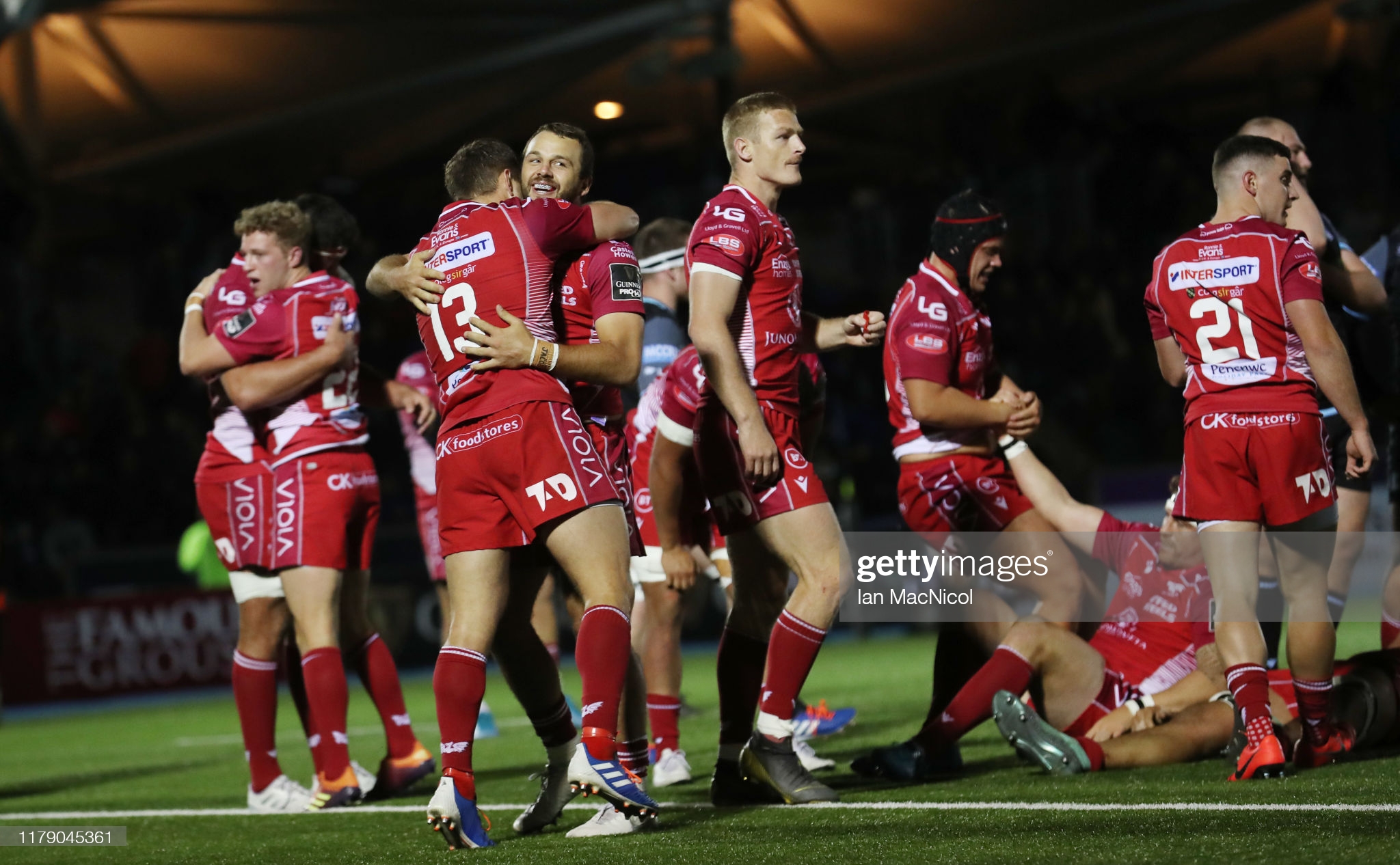 The Scarlets are celebrating a new partnership. Pic: Getty Images.

The Scarlets are hoping a new partnership with the New Zealand Rugby Union can help push them into Europe’s rugby elite.

The deal is set to involve player exchanges that enable young Welsh talent to sample the most demanding domestic rugby in the world.

When then head coach Brad Mooar left the Scarlets to take up a dream coaching role with the All Blacks last year, just a few months into a three-year deal, it was seen as a significant blow by many.

But as part of a compensation package the Scarlets negotiated an elite performance partnership with the New Zealand Rugby Union.

The agreement is headed up by the Scarlets’ general manager for rugby Jon Daniels, who helped set up the club’s hugely successful academy system.

“It’s a high-performance partnership that looks at ways where we can bounce ideas off each other, work in partnership together, and come up with some provoking thoughts and innovations that might take things forward,” said Daniels.

“We haven’t done as much as we would have liked due to Covid, but I’d like to thank NZRU general manager of professional rugby and performance, Chris Lendrum, for his professionalism and expertise in this partnership.

“It’s a critical friend type approach, looking at what we do and maybe suggesting new ideas. I’d like to also think they might take something from us as well.”

The Scarlets have always had a strong connection to New Zealand, having famously beaten the touring All Blacks at Stradey Park in 1972, while Kiwis such as Frano Botica, Regan King, and Kees Meeuws among others have plied their trade in Llanelli.

The west Walians are one of only two European clubs who have a formal relationship with the NZRU, with Harlequins being the other.

Quins recently sent their England centre Joe Marchant on loan to the Auckland-based Blues, and the Scarlets are hoping to send some of their younger players to play in the Mitre 10 Cup.

“That’s absolutely something that is possible,” said Daniels when asked about the prospect of some of the Scarlets’ academy players spending some time on loan in New Zealand.

“Who it might be suitable for is a separate piece of work because it has to fit into that player’s development plan.

“In terms of the partnership, absolutely getting players with playing opportunities out in New Zealand, be it Mitre 10 or even club rugby, is something which will add greatly to the development of our best young talent.

“It would be a great rugby experience for them, but I just think in terms of life experience having to go to New Zealand, fend for yourself, and then come back, you’ll probably be a better, more rounded and mature individual.

“Being a professional athlete can be difficult to get real life experiences, so the ability in a managed and controlled way to get players out there is a definite plus and something we have discussed with the New Zealand Rugby Union.

“Likewise, the same opportunities exist for the staff to do the same both ways. For us to get staff down and the New Zealand Rugby Union to have staff come up and work with us on stuff like high performance audits and the like.

“Those are the concepts being fleshed out at the moment.”

The partnership will also allow the Scarlets to tap into rugby brains such as former Ireland coach Joe Schmidt and All Blacks scrum coach Mike Cron.

There will also be future opportunities for their coaches to spend time in the southern hemisphere, while the hope is this relationship can broaden their commercial appeal on a global scale.

“What we are looking to do is take it another step forward and have that on a more structured format but without losing the ability for people to pick up the phone and have a chat about what did you think about this game and pick their brains,” said Daniels.

“Subject to Covid travel restrictions, the ability to get our staff across to New Zealand to spend time with people is being openly discussed.

“If it wasn’t for Covid, we would have people heading down to New Zealand this off season and that’s a key part of the relationship. Likewise, if New Zealand have coaches they want to send over here, we’d reciprocate as well.

“I’d like to see that as a result of the partnership, we are doing things here differently to how we would have been doing it if it wasn’t for the partnership.”