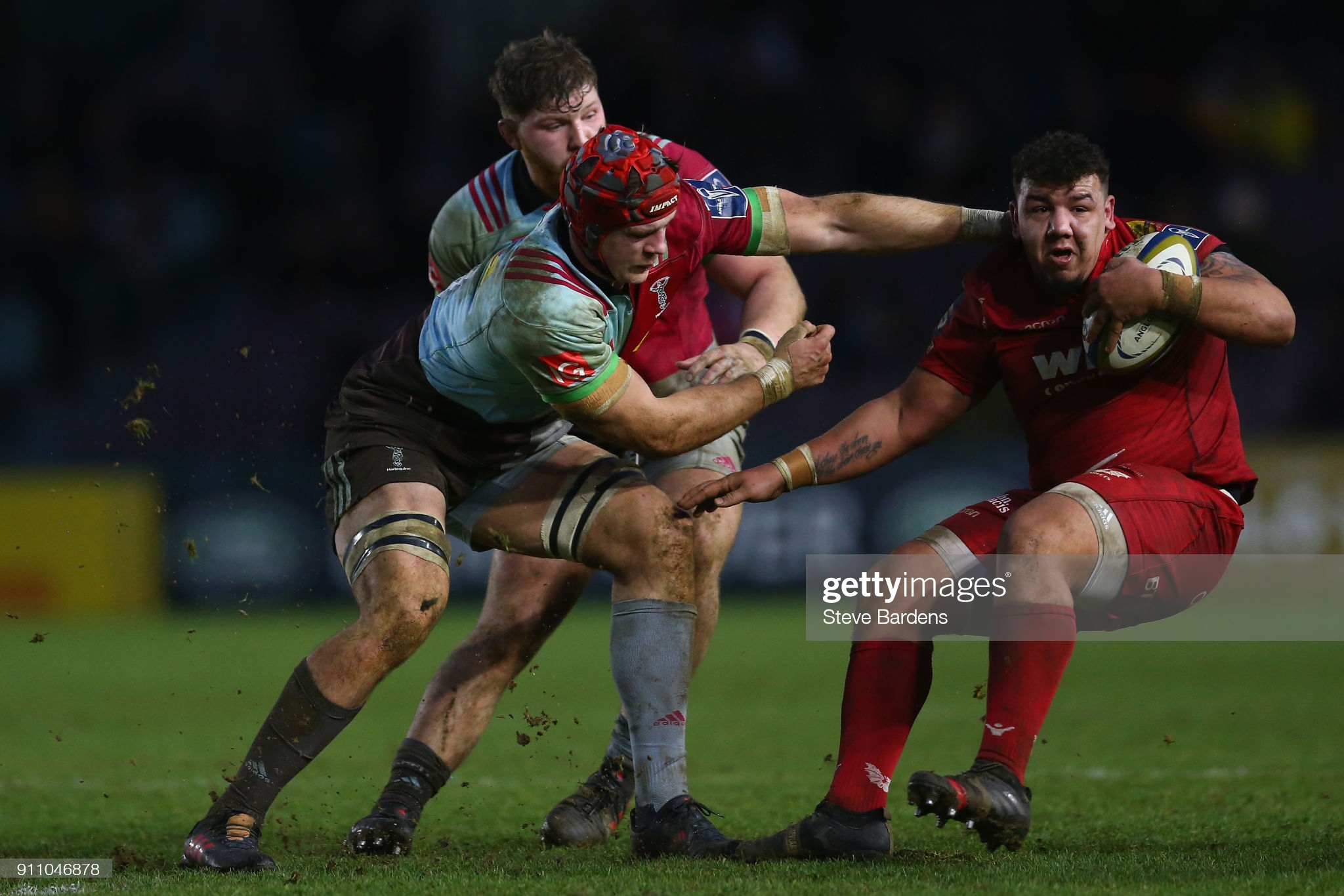 Javan Sebastian in action for the Scarlets against Harlequins. Pic: Getty Images.

Prop Javan Sebastian has signed a new contract with the Scarlets.

The 26-year-old tight-head has featured in every Guinness PRO14 match this season and also came off the bench to make his mark in the Heineken Champions Cup victory over Bath in December.

Having come through the Scarlets academy system, Sebastian was capped by Wales at U18s level and has played for Carmarthen Quins in the Welsh Premiership.

Following a brief stint with Glasgow Warriors, he is now in his second spell with the Scarlets and his form has seen him rewarded with a fresh deal for 2021-22 and beyond.

“Javan has worked really hard on his game and the fact that he has played in all of our matches this season emphasises the effort he has put in. He is an example to young players of what can be achieved when you are willing to put the work in,” said head coach Glenn Delaney.

“We are fortunate to have a scrum coach in Ben Franks who has been around a few performance environments and understands what it takes to prepare and prepare well.

“Having someone to pass those lessons on to Javan has been invaluable. Then what do you do with that information? Do you grasp the nettle and look to make the best of yourself? That is what you have seen from Javan this season.”

Sebastian made his Scarlets bow in an LV=Cup match against Cardiff Blues seven years ago. But he had to wait until 2019 to make his PRO14 debut against Toyota Cheetahs.

“I am enjoying the run of rugby I have been having so I am delighted to have signed a new deal,” he said.

“It is a great environment to be part of, you are always being pushed to get better every day and that is what I have been trying to do.

“There is great competition across the front row. Samson (Lee) and Werner (Kruger) are experienced Test props and working closely with someone of the international experience of Ben Franks has also been a big help for my game.

“I’m only 26 and feel there is a lot more to come from me and I’m looking forward to continuing my development in the coming years.”