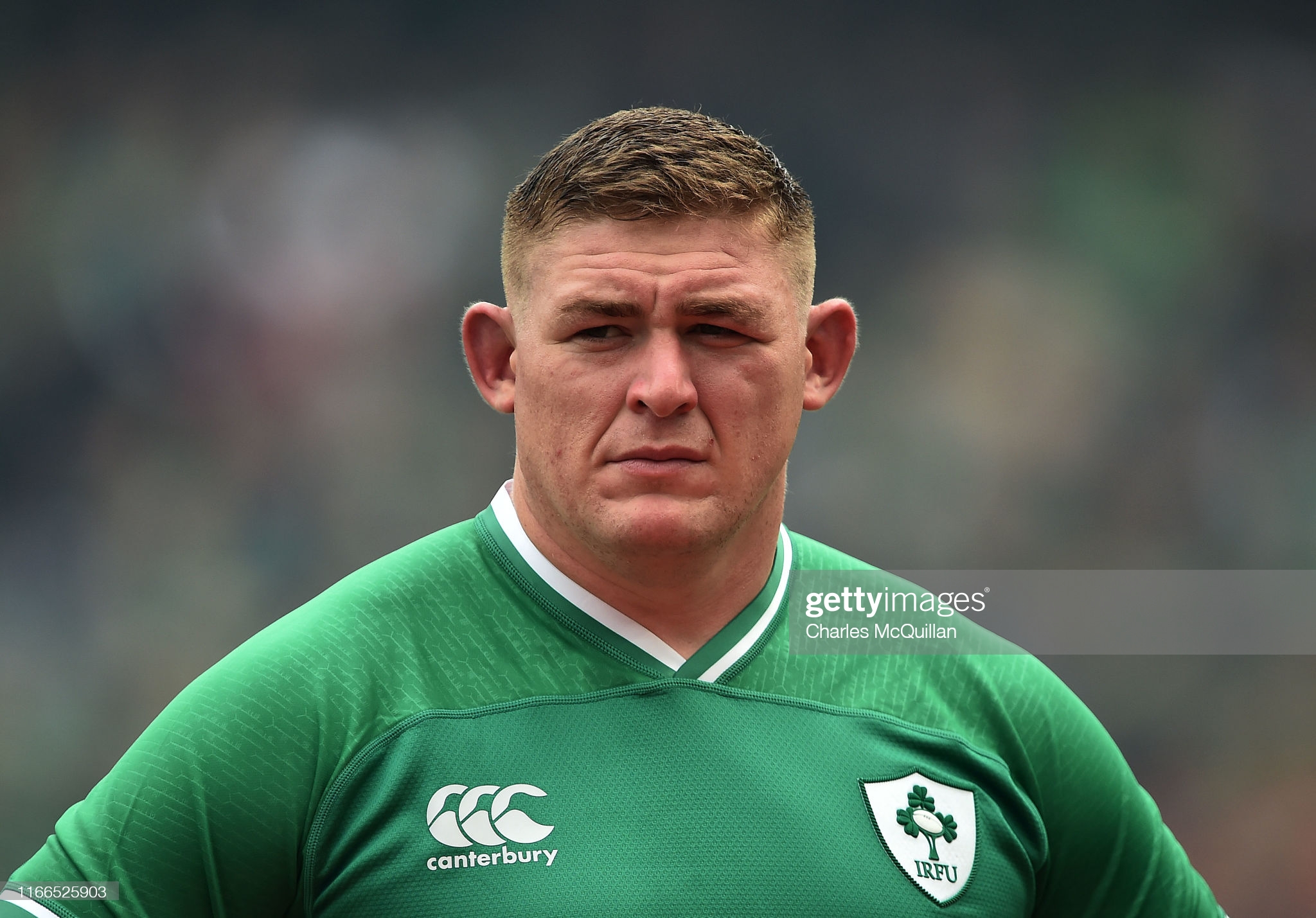 The Scarlets bid to recover from back-to-back defeats against Cardiff Blues on Saturday night when they host Guinness Pro 14 champions Leinster. But there will be more than just points at stake as two opposing props – one on the way up and one on the way back – have something to prove, as Graham Thomas reports.

It will be a tale of two tight-heads when the Scarlets host Leinster on Saturday night with all eyes on Javan Sebastian and Tadhg Furlong.

In the red corner will be Sebastian, who has played in every Guinness Pro 14 match for the region so far this season and was this week rewarded with a new contract.

In the blue of Leinster, Furlong is poised to make his long-awaited comeback after almost a year out of rugby through a succession of injuries to his back, hamstring and calf.

The clash – which is live on S4C – will have Six Nations implications since if Furlong stands up to the test of the Scarlets front row then the man who anchored the Lions scrum in New Zealand three years ago is poised to lock horns with Wales in their tournament opener a week later.

Ironically, the coach providing the front row care and expertise for Furlong at Leinster these days is Robin McBryde, former Scarlets captain, forwards coach and assistant to Warren Gatland with Wales for a decade.

McBryde has no doubts even one game in nearly 12 months will be enough for Furlong to be trusted to put the squeeze on Wales.

“There are certain players who can just turn it on. They are big match players, who don’t need that much of an amount of game time before they are thrown in at the deep end. In my eyes, Tadgh is one of those players.

“Because of the training environment and how competitive it is at Leinster, with the other front rowers scrummaging against him, the intensity here is not far off being in the national squad with Ireland, anyway.

“Playing again will end a very frustrating time for Tadgh, who has kept himself going remarkably well, really.

“The Six Nations is just around the corner and so I’m sure he’s itching to get back and chuck his hat in the ring.”

Furlong once confessed to a potato addiction. He loves spuds, he said, and although the revelation may have been part-tongue in cheek for the benefit of social media, the one-time farmer, who was fast-tracked into international rugby by Mike Ruddock at U20 level, goes about his scrummaging business with a certain old school revelry.

That’s a background shared with Sebastian who learned much of his craft playing for Carmarthen Quins in the Welsh Premiership.

Just like Furlong, he provides his team with a rock solid platform based on natural strength and the know-how picked up on the rise with Quins before a spell with Glasgow Warriors.

And as with Furlong, he has a former Test hero in the background in the form of New Zelander Ben Franks, who joined the Scarlets coaching team last summer.

Scarlets head coach Glenn Delaney has been impressed with the progress 26-year-old Sebastian has made this season and says the influence of World Cup-winning All Black Franks has been significant.

A great example of late development in a unified pathway! Both Carmarthen clubs @CarmQuinsRFC and @CarmAthletic playing a big part in his development and a great story of resilience and hard work from the main man @javansebastian 👏🏻👏🏻 great news! https://t.co/tLGMzWhEHm

“We are fortunate to have a scrum coach in Ben Franks who has been around a few performance environments and understands what it takes to prepare and prepare well,” says Delaney.

“Having someone to pass those lessons on to Javan has been invaluable. Then what do you do with that information?

“Do you grasp the nettle and look to make the best of yourself? That is what you have seen from Javan this season.”

Champions Leinster currently lay second in Conference A, although they are only a point behind Ulster with a game in hand.

The province have only lost once this season – at home to Connacht – while their record on the road now stretches to an impressive 16 unbeaten matches.

In contrast, the Scarlets are coming off the back of two successive defeats to Cardiff Blues and looking to avoid three losses in a row in this competition for the first time since December 2018.

Those setbacks against the Blues have left them back in fourth place in Conference B, a point behind the Blues with a game still in hand.

Delaney adds: “I understand the frustration, but the derbies were a little disjointed.

“When you play Leinster you have to make sure you remain in the contest to give yourself a chance to execute.

“We know they are the form horse, they have been for a number of years, and they have plenty of depth. It is an opportunity to have a crack at them and we are excited by it.”