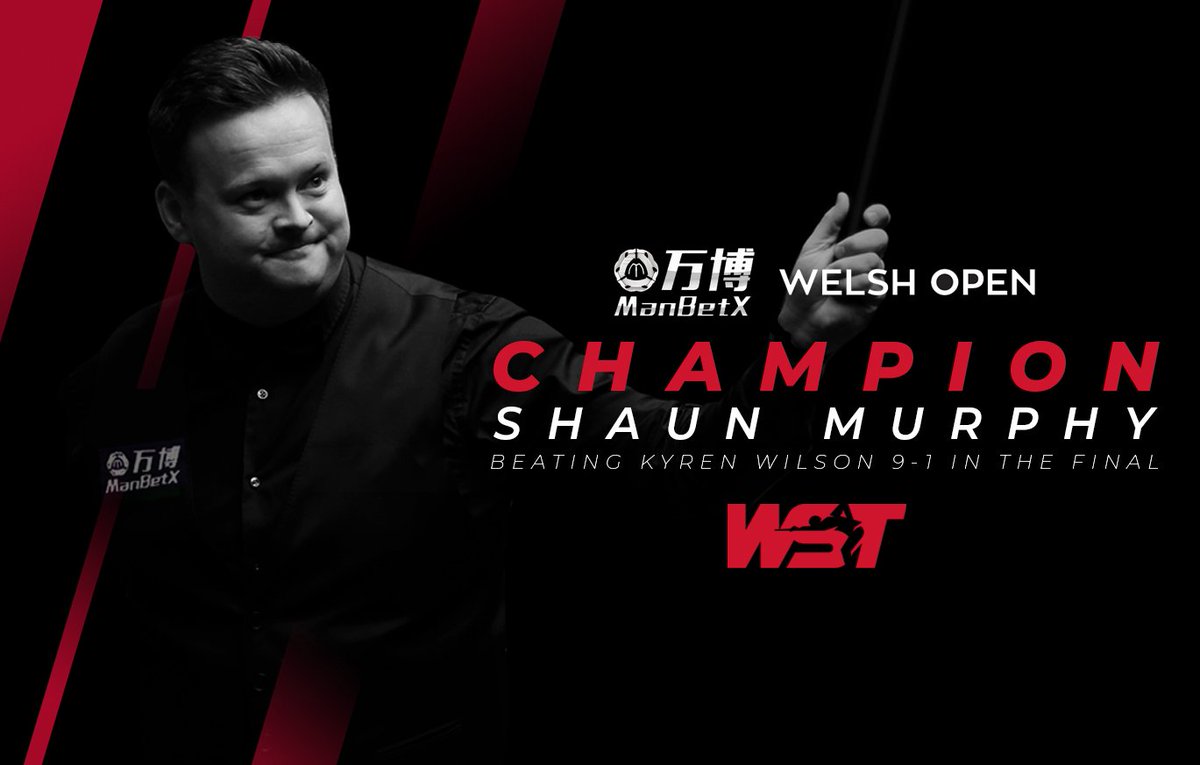 Shaun Murphy is the 2020 ManBetX Welsh Open snooker champion after a crushing victory against Kyren Wilson in the final at Cardiff’s Motorpoint Arena.

Murphy, from Northamptonshire, lifted trophy only two frames into the final session, winning 9-1 after a stunning, dominant performance.

The 37-year-old former World Champion had never won the Welsh Open before and he was clearly happy to receive the Ray Reardon Trophy from the six-times World Champion.

“That’s a big thrill for Shaun,” said BBC commentator Willie Thorne. “He went to Ray Reardon for coaching at one stage of his career and loved receiving the trophy from Ray.”

Murphy has won two ranking tournaments this season – the first time he has achieved that – and he revealed in his post-match BBC interview that he had almost quit the sport completely a couple of years ago.

“I owe a lot to some extremely important people including my wife and my coach, Chris. I was questioning whether I still had it in me to play on at the time. They nursed me back because I was almost gone. It feels great to be in good form.”

Murphy’s 9-1 victory is the biggest margin in any Welsh Open final, but Murphy was gracious about his triumph, saying: “I had every bit of luck going. It was embarrassing at times.

“I knew from the outset I had to be on my game. Kyren Wilson has had a great couple of weeks.

“Kyren is a great player, a champion in the making. He will come back stronger.”

The man from Essex defeated Neil Robertson and Ronnie O’Sullivan on his way to the final, while Murphy put out World number one Judd Trump.

Murphy led 7-1 after the first session in the final and clinched victory by winning both frames at the start of the final session.

Wilson said after his devastating defeat: “Shaun was fantastic all day long and outplayed me. He’s a class act who has been there and won everything. “During the early frames Shaun pinched a couple and I couldn’t find momentum after that. I hold me hands up – the better player won.

“Even at the interval, at 7-1 down, I backed myself. I am a fighter who is ways prepared to battle.”

“But I’ll take defeat on the chin and learn from this.”