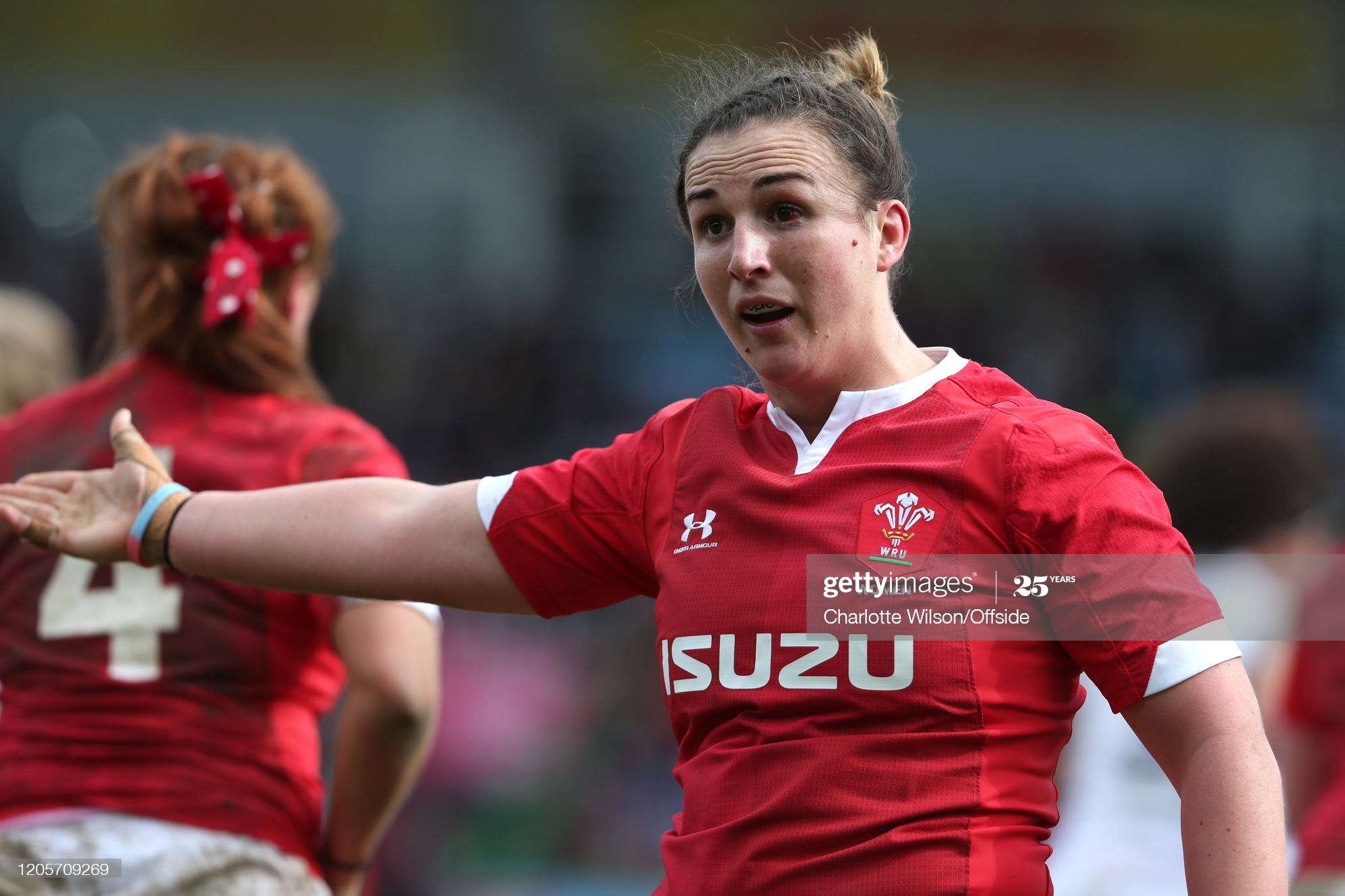 The Bristol Bears forward took over the armband in November 2019 from hooker Carys Phillips.

New coach Abrahams has recalled Phillips to the squad but it is Lillicrap who will lead Wales in their opening game against France on the weekend of 3 April.

“It’s a huge honour as always to put on the Wales jersey and to lead the team is incredibly special to me, especially at this time,” said Lillicrap.

Huge honour and privilege to captain this squad.
Thanks for all the kind messages, it’s never about me, it’s always about the team and the legacy we leave. Excited to see where this special group of players can take our nation 🏴󠁧󠁢󠁷󠁬󠁳󠁿 https://t.co/cGfqz1ThQt

“The girls have put in so much work on and off the field over the past year without any international fixtures and to have some Six Nations matches to look forward to and aim for now means so much to us all.

“We are grateful to have this opportunity and the privilege of representing and leading your country never diminishes. It’s something you can never assume or take for granted.

“We’ve all been challenged in new ways in recent months and I know I’ve worked hard to prove myself to Warren as a player and captain which makes it even more meaningful.”

“It’s been amazing to see her leadership both on and off the field in recent months, together with some other good leaders around her, through what has been a tough time for everyone.

“Siwan is a fantastic role model, not only for our current group of players but also in terms of the legacy this group of players will leave for the next generation of Wales Women internationals and the community game.

“Siwan has had her fair share of injury setbacks recently but always supported the group whole-heartedly. It took her a number years to break into the side – that hunger to represent her country is as evident now as ever.”

Abrahams believes the side is in as good as place as possible five weeks out from their opening game.

He added: “We all feel incredibly lucky to be working towards some competitive, Six Nations matches.

“We are pushing ourselves as a management team and we are squeezing every drop out of our weekly coaching sessions and other ways we can grow as a squad.

“Every team has had to re-evaluate following the effects of the pandemic on sport and I believe the teams that come out best after all this will be the ones who are best equipped to adapt to the different pressures and challenges.

“It is fantastic to watch the contribution our players are making to their Allianz Premier 15s clubs. They are benefitting from top quality coaching and game-time there and we are grateful for that too.”

Former USA women’s sevens coach Abrahams insists he isn’t looking any further than the trip to France on the weekend of April 3.

“Everything is tailored towards that first game in France now. It’s very exciting to be training as a group but there’s no better feeling than representing your country and to be able to look forward to being part of a competitive Six Nations match is what we are all passionate about.

“But first we have to get the work done and believe in ourselves. We are encouraged by the physical progress and performance improvements the players are making both within our environment and for their clubs and they are taking ownership of aspects of the analysis work on our opposition.

“Whether or not we will have any crowds on the day, France will be a formidable opponent that we need to respect but at the same time it’s anyone’s game on the day. The match will give is a fantastic idea of where we are and after that we will concentrate on welcoming Ireland to Wales.”

Abrahams has extended his training squad with a view to developing depth in readiness for Rugby World Cup in September.

Mel Howley (née Clay) has been welcomed back after a year out due to the birth of her son along with international forwards Phillips and Bethan Dainton thanks to their good form for Worcester Warriors and Harlequins respectively in the Allianz Premier 15s.

Abrahams added, “It’s vital we continue to develop the squad with the Rugby World Cup just around the corner. We are pleased with the attitude the players have shown throughout this period and we are excited for the next phase.”