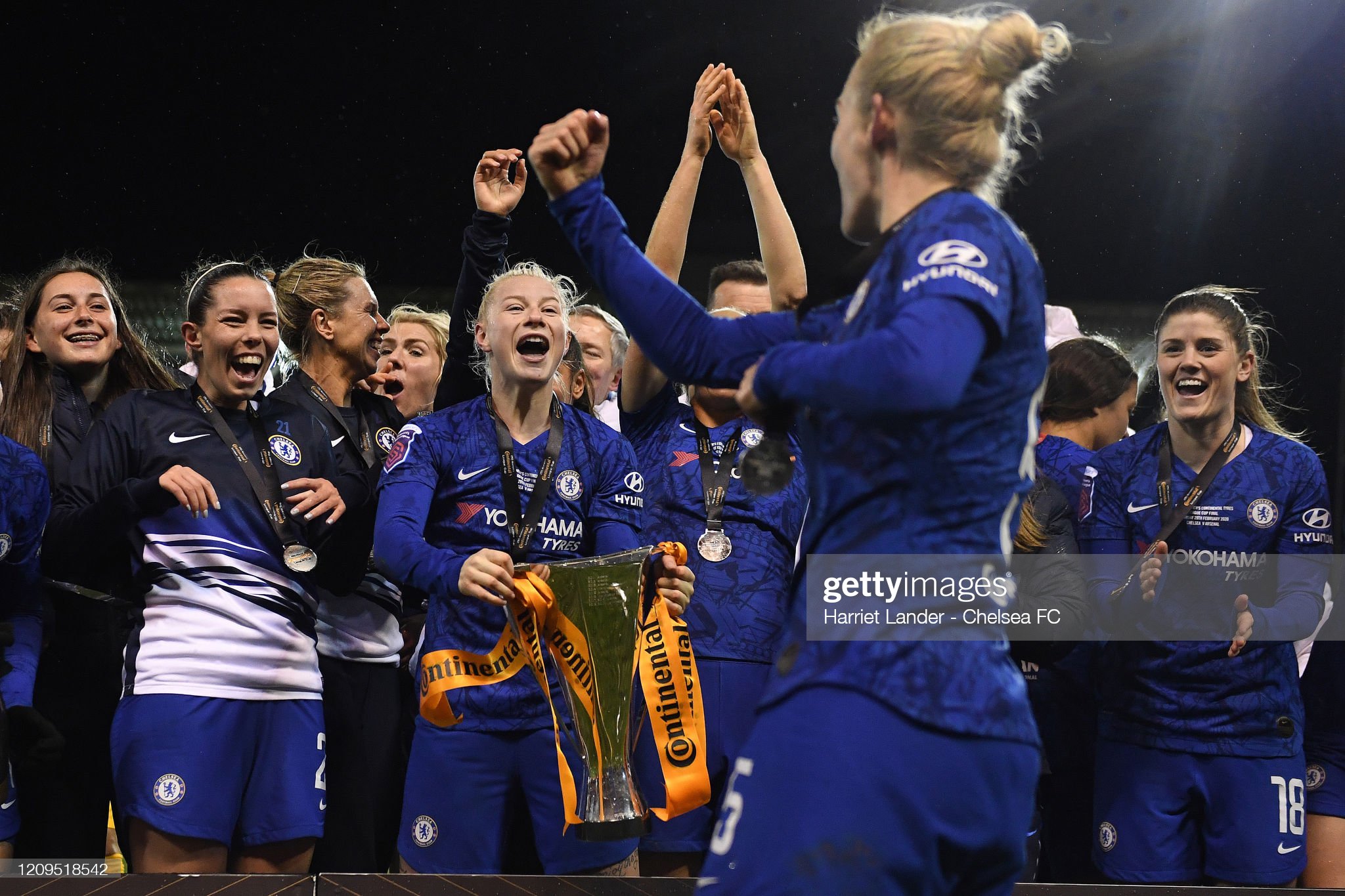 Wales captain Sophie Ingle became a title winner for the first time this season when the truncated Women’s Super League was won by her Chelsea team. The occasion may have been muted, but for Ingle it was a triumphant end to a journey that began as a six-year-old with Vale Wanderers, as she tells Graham Thomas.

Wales captain Sophie Ingle says the grass roots club that nurtured her talent played a big part in helping her become a champion.

The Chelsea centre-back celebrated her first FA Women’s Super League title earlier this month when the season was brought to a premature end due to the coronavirus pandemic.

Based on a points-per-game ratio, Ingle’s Blues were able to pip rivals Manchester City to the crown even though the achievement felt “bitter-sweet”, she says, because of the inability of the WSL to resume.

But the summer break has given Ingle time to reflect on her success and the 28-year-old from Barry believes it would never have occurred had she not got the backing of her first club, Vale Wanderers.

That club – like so many volunteer-based ones in all sport across Wales – supported Ingle’s early enthusiasm for the sport and provided the structure, facilities and security for her talent to flourish.

But it’s been community-based clubs that have suffered badly in the current lockdown, a crisis that prompted Sport Wales to set up and administer over £500,000 of grant aid through the Emergency Relief Fund.

“I played in the boys team at Vale Wanderers from the age of six until the age of 12, because there was no girls’ team,” says Ingle.

“Then, when I was 12, my manager started a girls’ team to meet the demand and I stayed for another couple of years. So, those formative years with that grass roots club were crucial for me.

“I would go along two or three times a week, alongside playing for my school team. My brother, who was two years older, also played, so my mum would be back and fore to the club quite a few times on a Saturday morning.

“What I really loved about it was just being part of a team. To have organised football was amazing and being with boys probably pushed me harder and made me the player I’ve become today, I’m sure of that.”

Ingle grew up in Barry, and the lessons learnt at Vale Wanderers served her well, providing the techniques, skills, and love of the game – basics which enabled her to develop further at Dinas Powys Ladies and then Cardiff City.

From Cardiff, she moved to Liverpool, becoming their player of the season in 2017 before joining Chelsea – one of the small elite of WSL clubs – two years ago.

Along the way Ingle has established herself as one of Wales’ greatest female players, winning 99 caps. Her 100th would have come this summer had it not been for the sporting shutdown, and among the current Wales squad only Jess Fishlock can rival her stature in the game.

But all the honours, caps and plaudits earned over recent years would not have happened, she says, had it not been for the patience and dedication shown to her by volunteers in grass roots football when she was a child.

“Playing football as a young girl obviously kept me fit and healthy, but it developed other skills as well.

“I don’t just mean football skills, I mean social development – things like leadership, working together with other people, learning how to give and receive help. It taught me all those things.

“I was really fortunate that my mum could take me to games – it was normally my mum because my dad was in work – and I was very fortunate to have that support.

“But there were so many others that would come after work, set-up the equipment and balls for training drills, mark the pitches, wash the kit – all these things they do for the love of the game and to enable kids to enjoy their football.

“It was the same when I went on to play Dinas Powys. The manager, Lee Saunders, was full of energy and used to give up so much time to come and train the team and make sure everyone had all these opportunities.

“People often don’t appreciate just how valuable all those volunteers are to sport in general and to the way communities thrive.

“Every single player has played at some kind of grass roots level. It starts the journey and provides the stepping stone.”

For the moment, Ingle’s journey has been paused. The women’s game has a tentative September date for the start of the new season, but so much depends on the ability of clubs to make any return safe within current guidelines.

The same goes for her prospects of quickly earning that landmark 100th Welsh cap. Manager Jayne Ludlow’s team have a crunch Euro qualifier away to group leaders Norway on September 22, but that match, too, is subject to overcoming other issues related to the current pandemic.

Until then, Ingle will keep busy training on her own and walking her dog near her home in Epsom.

“Hopefully, we can start back in July at some point and get some kind of pre-season going. Everyone has had a long break from football and we’re all keen to get back.”