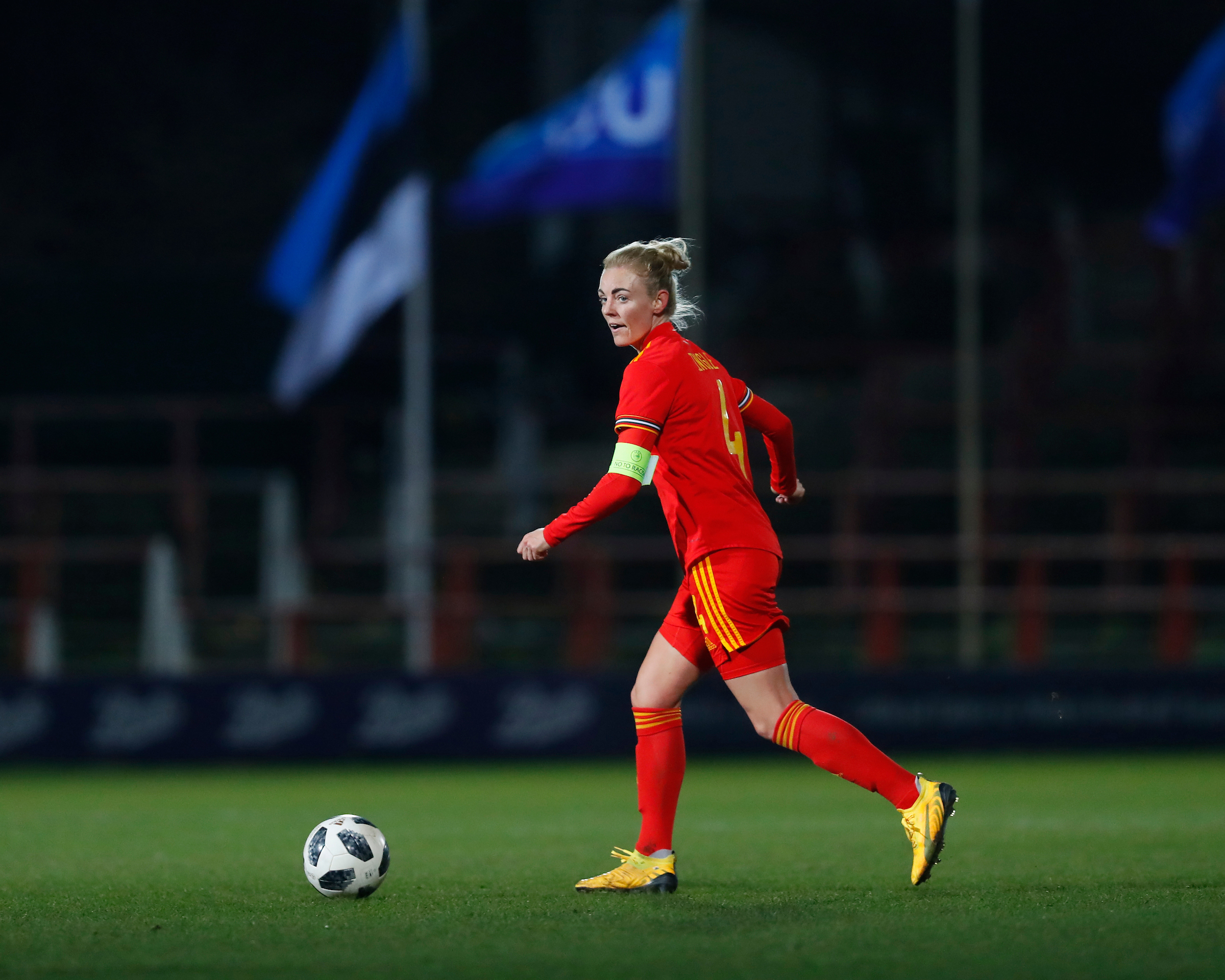 Sophie Ingle set for her 102 Wales cap against Belarus. Pic by Kunjan Malde/FAW

Skipper Sophie Ingle is set to become the third Wales player to win 100 caps in the UEFA Women’s EURO 2022 Qualifying Round tie against Norway in Oslo on September 22nd.

The achievement will add to an incredible 2020 for Ingle who has won three domestic trophies with Chelsea and was included in the Player of the Year shortlist.

Ingle will be part of a 27-strong squad named by coach Jayne Ludlow which also includes the return of Wales’ most capped international Jess Fishlock after an 18-month absence due to injury.

Fishlock has joined Reading for this season though her debut did not end happily as her side crashed to a 6-1 defeat to Arsenal in their opening league game last weekend.

Wales will be playing their first game since beating Estonia in a friendly last March with Elise Hughes and Gemma Evans also returning to the squad following injury.

Poppy Soper, Cerys Jones and Bethan McGowan, who have all represented the Cymru age groups in the last twelve months, have received their first senior side call-ups.

Megan Wynne has been ruled out after suffering a cruciate ligament injury in pre-season while Loren Dykes, along with Fishlock in the 100 Club, is unavailable for selection due to personal reasons.

Ludlow will whittle the squad down to 20 players for the trip to Norway who head the group, four points ahead of second-placed Wales with four games left.

UEFA have confirmed that until further notice all matches will be played behind closed doors due to the ongoing COVID-19 pandemic.

The nine group winners and the three best runners-up (not counting results against the sixth-placed team) qualify directly for the final tournament, while the remaining six runners-up advance to the play