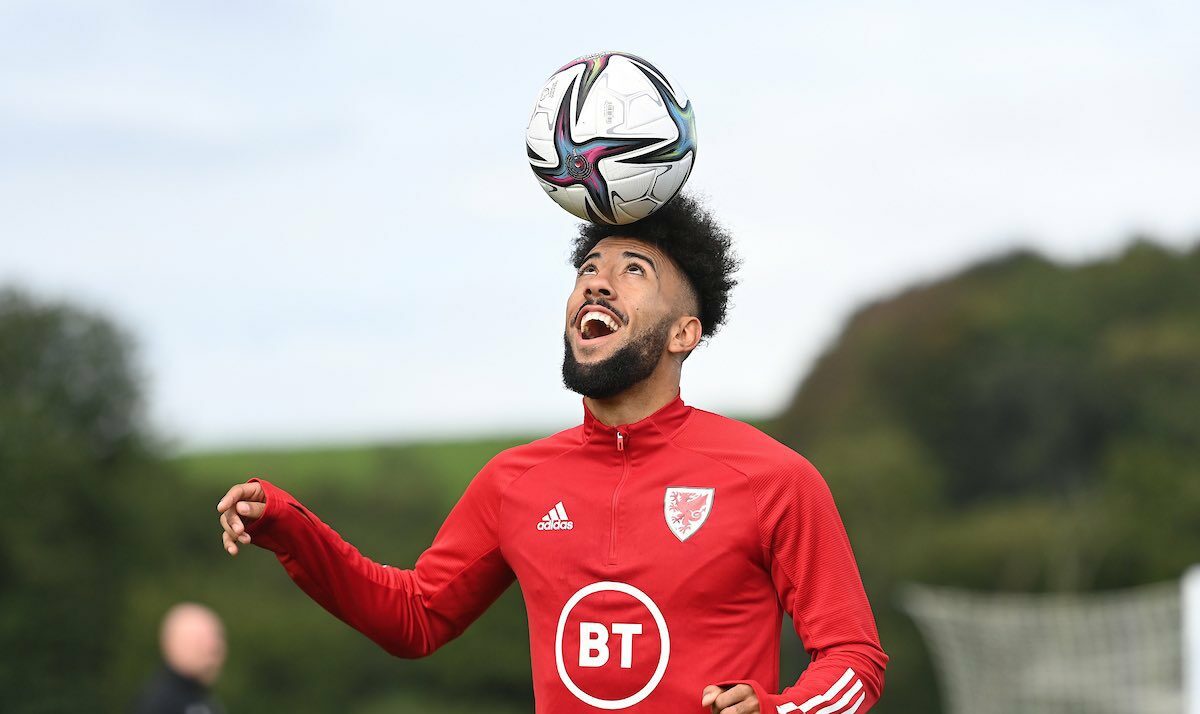 Exciting Wales prospect Sorba Thomas could only have dreamed of playing international football whilst earning his money as a scaffolder after being released by West Ham as a teenager.

“I had some hard days doing scaffolding, putting those poles up,” he says.

“It was exhausting but I retained the hope that one day I would make it in football.

“Being told you’re not good enough is a smack in the face.

“I didn’t take it well. I didn’t really want to play anymore.

“I kind of fell out of love with the game and tried to look at Plan Bs.

“My family and friends knew how much I wanted to be a pro footballer and getting back on the horse was hard.

“Sometimes I pinch myself to make sure it’s not all a dream,” says Thomas.

The 22-year-old was born and raised in London but qualifies for Wales through his Newport-born mother Gail.

“The first thing I did was call my mum and I had her crying to me on the phone.

“It showed me how much it meant for me but for her it was massive.

“My mum came down to see me too. You could see by her facial expressions how proud and happy she is.”

Being with the Wales squad is still sinking in for Thomas and he loves being in the same squad as many of his heroes.

“I’m seeing some of the boys that I see playing on FIFA [football video game] not long ago to standing right next to them. It’s an amazing feeling.

“I open the door of my hotel room and I see Aaron Ramsey straight across me. Sometimes I have to pinch myself, is that Aaron Ramsey right there? It’s crazy.

Thomas has been in fine form for Huddersfield so far this season and claimed the Championship player of the month award for August.

He joined the Terriers from Boreham Wood last January and hasn’t looked back since making the move up north.

His performances have made Rob Page take note and Thomas describes the moment he was called-up as “crazy”.

“I remember sitting in the hotel room and I was literally speechless.

“My phone was going off, at some point I actually had to turn it off.”

The determination. You worked for this and it’s just the beginning bro. Keep goin @SorbaThomas

Wales face the Czech Republic in a World Cup qualifier in Prague on Friday, before taking on Estonia in Tallinn on Monday, the aim for Thomas is to now win his first cap for Wales in the coming days.

“To be called up was a dream come true but to put on the jersey and play for Wales will probably be a moment that I will never forget in my life.”