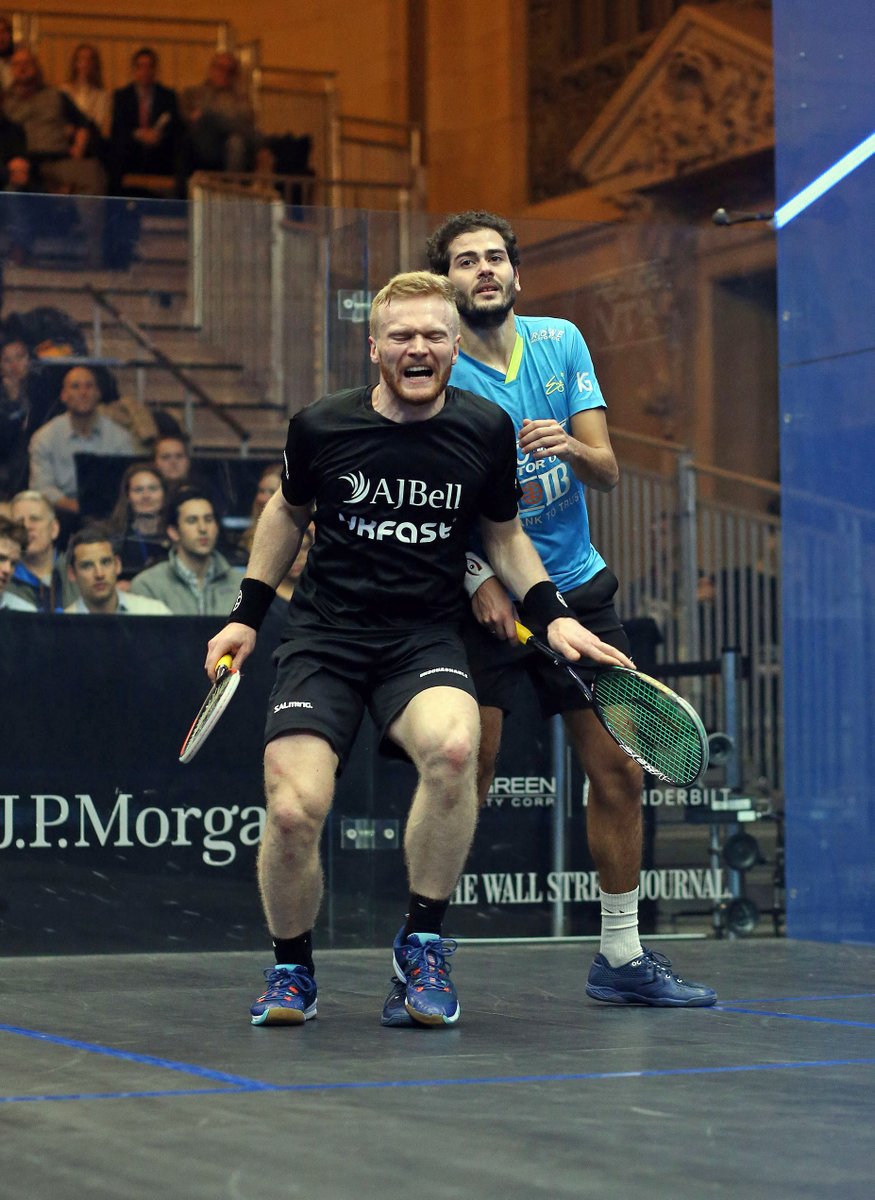 Joel Makin pulls up in agony after suffering ankle injury.

Joel Makin cruelly missed out on a glorious chance for one of the biggest wins of his career after suffering an ankle injury in the Tournament of Champions in New York.

The Haverfordwest-born player was leading Egypt’s world No 5 Karim Abdel Gawad by two sets to nil and was 4-3 in the third when he pulled up in pain in his second round match.

Makin was on course for a huge win in the $180,000 event – one of the biggest and most prestigious in squash – which is being played at the Grand Central Terminal.

The 24-year-old, ranked a career high 23 in the world, took the first set 11-4 and the second 13-11 before the injury blow struck in the third set against the tournament’s No 8 seed after 65 minutes.

The Welsh ace has been climbing the rankings having beaten world No 1 Mohamed Elshorbagy last year and beating his fellow Egyptian would have given him another boost.

Gutted for @JoelMakin he was on course to win that match and go far in @ToCSquash playing some great stuff. Will come back stronger no doubt the character he is

Welsh women’s No 1 Tesni Evans, who is seeded eighth for the tournament, has been given a first round bye in the women’s competition which gets underway today.