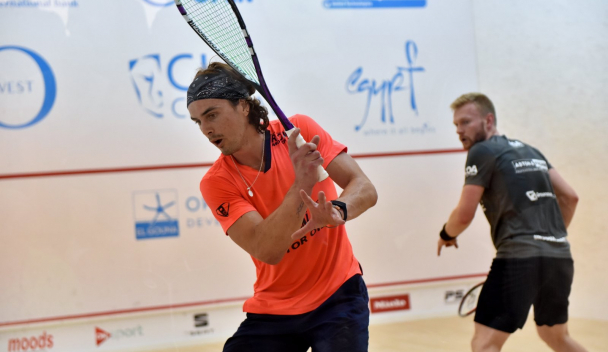 Joel Makin bowed out of the El Gouna International in Egypt after a battle lasting more than an hour.

The Haverfordwest-born player took world No 5 Paul Coll to a tie-break in the opening game of their third round which he led early on.

“I knew exactly what it would be like,” said Coll after seeing off the world No 15.

“We have had battles before so I knew what to expect. I just wanted to focus on my game, I knew if I could play good squash, my best squash, I could do the job.

“So I just focussed on myself and my game, and just mentally I had to say calm. He got a bit frustrated in the third and I felt like I could take advantage.

“The court was bouncy but it is very true. It stays in the corners if you play good shots.

“It stays there so you can open up the court and put it away. It is exactly a very nice court, and you can really make someone work on there if you are accurate.

Tesni Looking To Shine On The Glass In Egypt