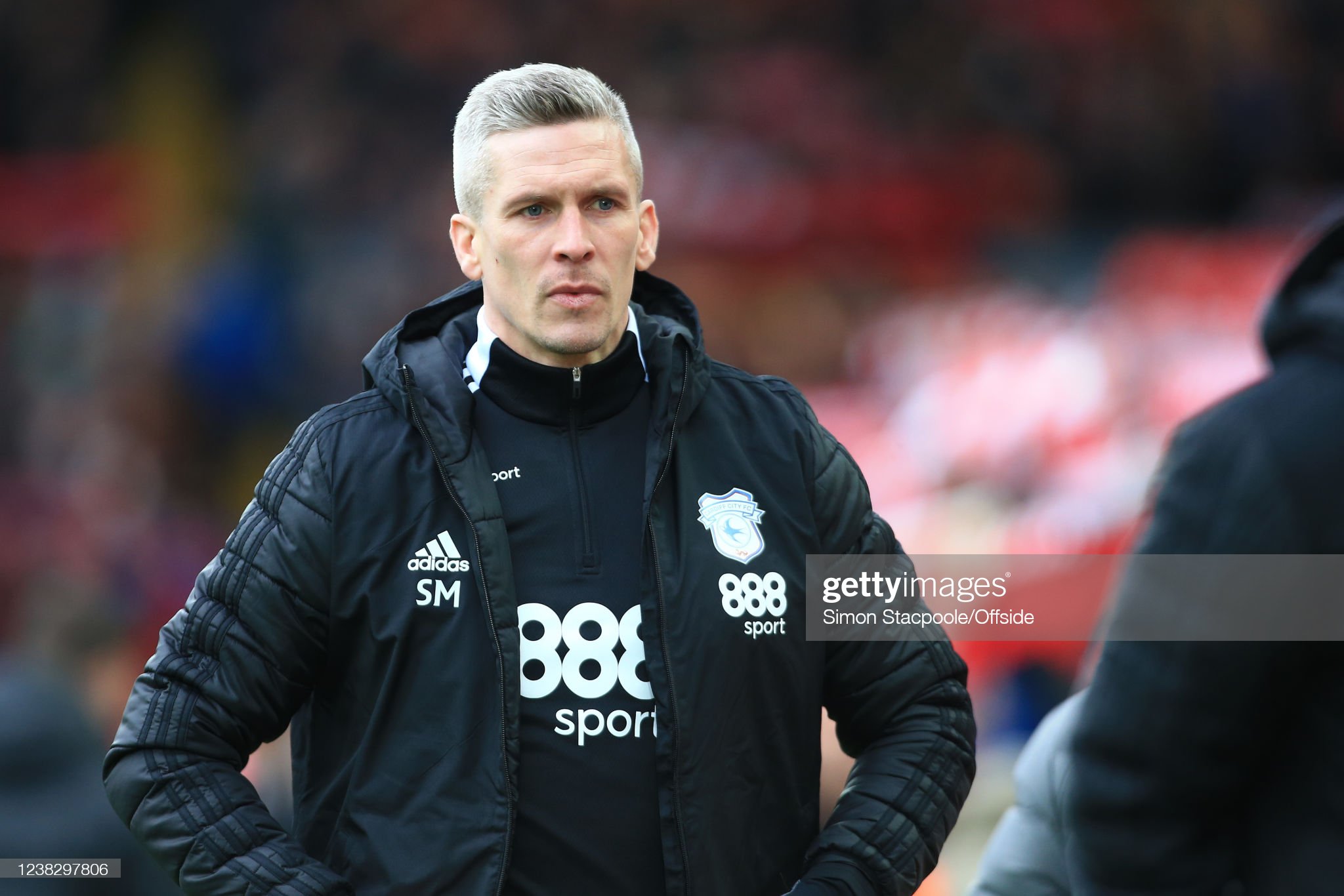 Steve Morison has warned his Cardiff City players that if a blip turns into a downturn then they could be back in danger of being relegated.

The Bluebirds manager is keen to make sure that his team’s 2-1 weekend defeat at Millwall does not extend into a losing streak that would drag them back towards the four clubs beneath them in the Championship table.

Cardiff host Coventry City on Tuesday night and then have another home fixture on Saturday against Blackpool.

Cardiff won three matches in succession before they lost to Morison’s former club last Saturday and the manager said: “From our point of view, we won three games back-to-back but by Saturday evening we could have lost three games on the bounce and could be right back in it.”

Asked if Cardiff had put themselves clear of danger – they remain 12 points above Peterborough United, the club in 22nd spot – Morison added:  “Not at all. That’s for the fans to think.

“It’s great that maybe they relax a little bit and are not so tense and they enjoy it. The more relaxed they are, the more positive the atmosphere is.

James Collins 🆚 @RubinColwill, who will win? Watch the clip to find out! 📺

“Hopefully, that comes across with the players and the staff. When people say positive stuff to you in the street, let’s hope we can continue that. That can all change, though.

“But everyone can see we are going in the right direction.”

Before the Millwall defeat, the trio of victories went a long way to easing Cardiff’s relegation fears and led to Morison voicing his hopes that his short-term contract might be extended at the end of the season.

There have been no talks yet held on that front with Cardiff owner Vincent Tan or chairman Mehmet Dalman, although Morison is clear he is planning for the next season until he is told otherwise.

“I’d like to think that even if it’s not me, the direction the football club is going means if it’s not it will be someone in a similar ilk or mould to myself who has the same ideas,” he added.

“Hopefully, it’ll be a seamless transition whichever way the club decides to go, whether it’s myself or someone else.

No remuneration was paid to #QPR directors for the 9th year in a row. In contrast, the directors at some clubs received a tidy sum, e.g. Birmingham City (senior management) £1.6m, Fulham £948k, Stoke City £834k and Cardiff City £712k. pic.twitter.com/M8AKqZ9ijE

“If we go away from that, then we will be back to where we’ve been previously, which I am told is what we are trying to get away from.”

Coventry are currently 12th in the table, but are only four points adrift of the top six and have games in hand on the clubs above them.