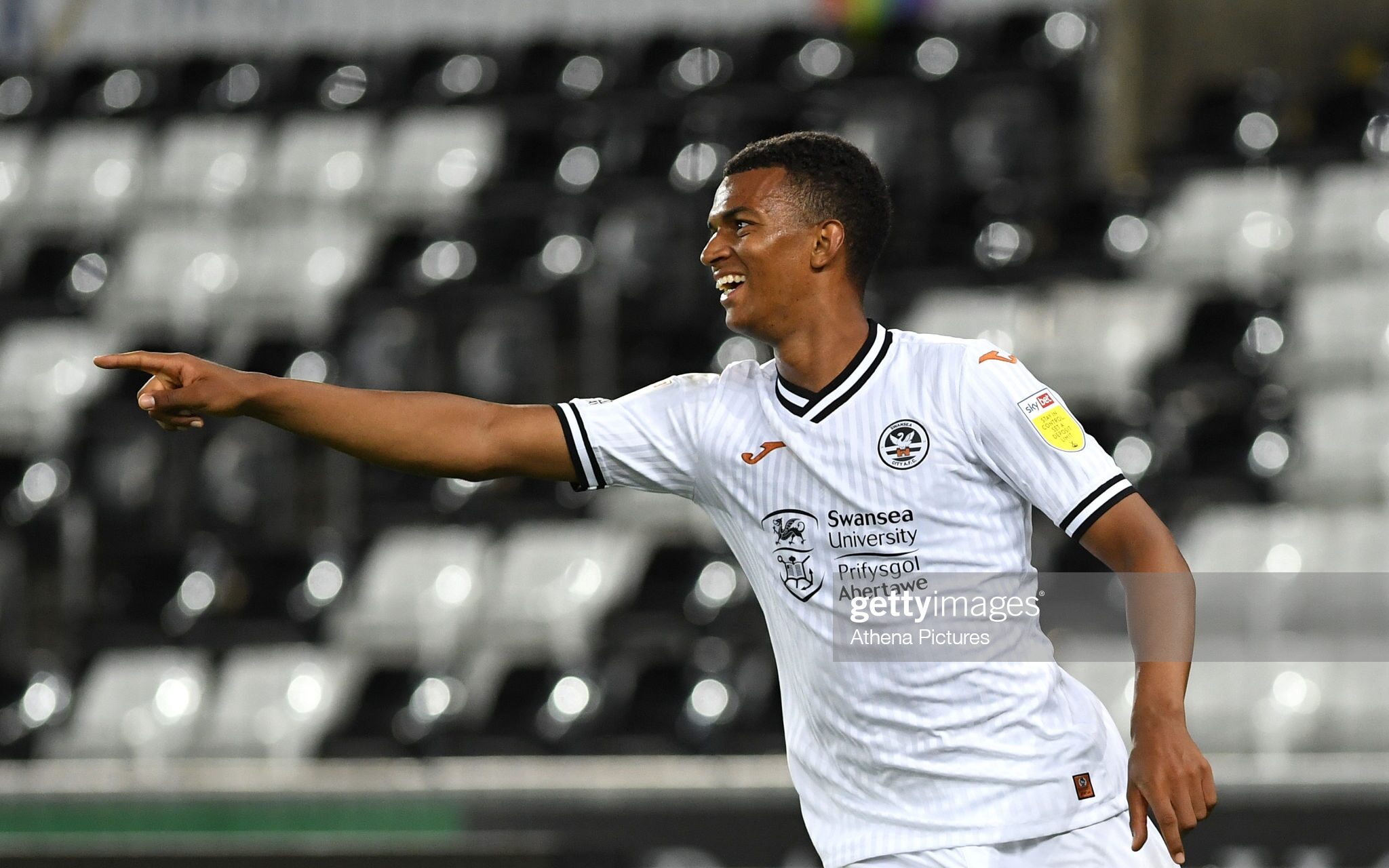 Swansea manager Russell Martin says Morgan Whittaker has “done himself the world of good” as he claimed a second-half hat-trick to propel the Swans to a 4-1 victory over Plymouth Argyle on Tuesday.

Daniel Williams put the Swans ahead early on before Rhys Shirley equalised for the visitors, but three goals in the space of 12 minutes from Whittaker fired Swansea into the last 32 of the Carabao Cup.

“He’s (Whittaker) playing in a role that’s a bit different for him, as a lot of the guys are,” explained Martin.

“But I thought he was fantastic. He’s got a lot to really work on, but he has a lot to work with.

“I am really pleased with the result and so much that we saw.

“We were really dominant with the ball, I thought we were really patient and we passed with a lot of purpose.”

With Whittaker still only being 20-years-old, Martin is excited to see him progress further in the years to come.

“He’s been great since we came in, he’s been really positive.

“He has a lot of attributes. It’s about finding the best way to utilise him and he’s done himself the world of good with that performance.

“I think that’ll really help him psychologically more than anything to really feel he’s learning that position and that he’s growing into it.

“He’s put himself in a really positive light.”

Morgan Whittaker becomes the first Swansea player to score a hat-trick since Scott Sinclair in the 2011 play-off final.

Remarkable stuff from the forward. #Swans

The Swans opened the scoring in the 29th minute with Williams’ shot from just outside the box finding the back of the net, after taking a huge deflection off the leg of Plymouth goalkeeper Callum Burton.

Just after the hour mark, 18-year-old Shirley’s volley found the back of the net after a terrific cross from Adam Randell.

The game looked to be heading towards a penalty shootout, but a tremendous long-range shot from Whittaker put Swansea back ahead after 79 minutes.

And Whittaker claimed a second goal with four minutes remaining with a terrific through ball from Jamal Lowe allowing him to score Swansea’s third.

Whittaker struck again at the death with his low shot putting the result beyond doubt.