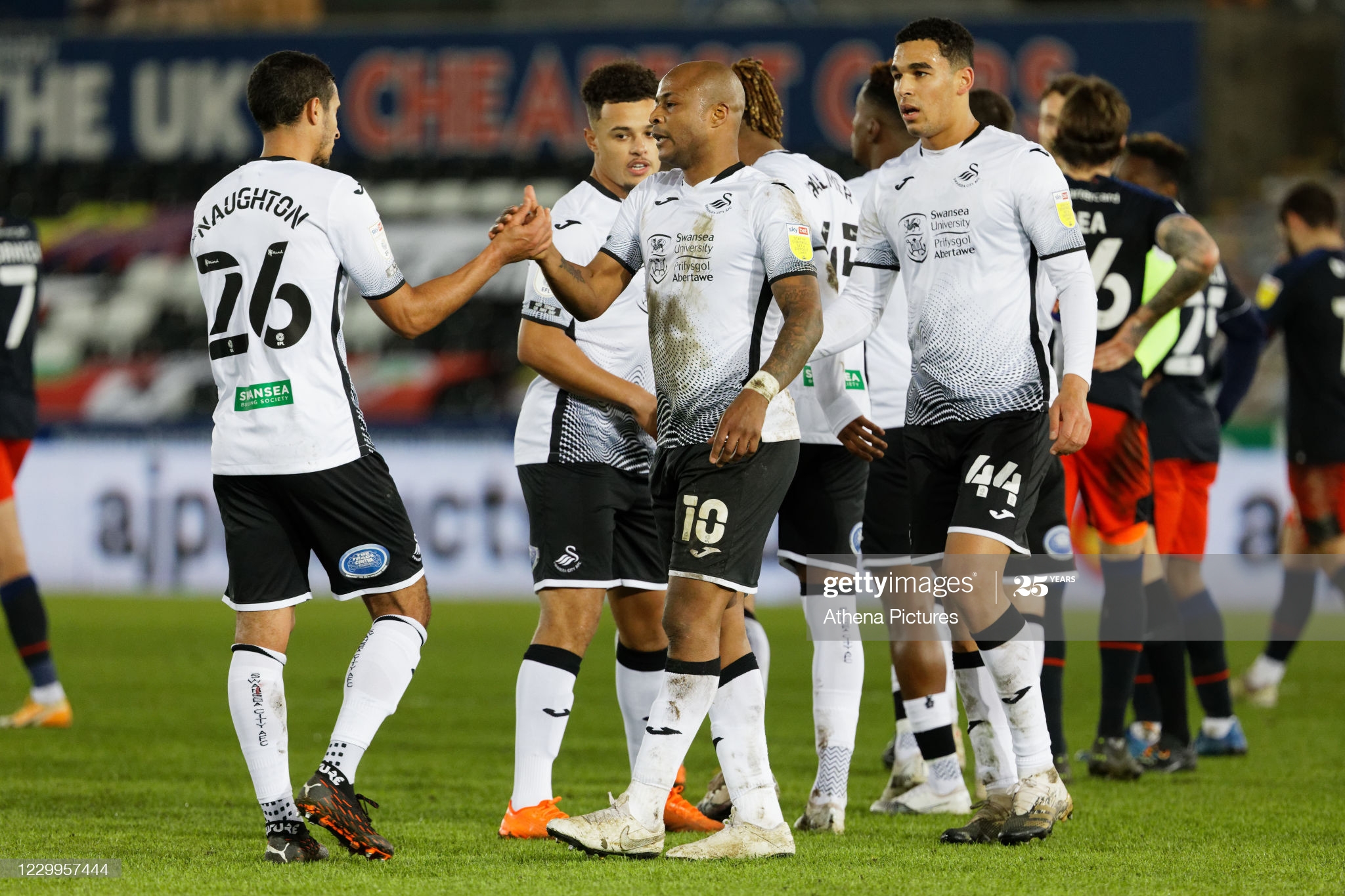 The Welsh manager did not argue that Pearson should have been dismissed in what proved a critical moment during the Swans’ 2-0 win at the Liberty Stadium.

With 20 minutes left, and Luton pressing for an equaliser, Pearson tried an unlikely overhead kick with his back to goal in the Swansea penalty area.

Instead of connecting with the ball, his boot struck the head of Swans defender Mark Guehi and the Hatters player was shown a second yellow card after being booked earlier for a foul on Andre Ayew.

Jones said: “He tried a bicycle kick but perhaps he should have been booked for his audacity.

“There was no malice in it, but Swansea were very clever and got around the referee and made sure he knew what they wanted. It was very professional, but I can’t really argue about the decision.

“It took a deflected goal and a sending off to beat us. I’m not going to argue the sending off, but we were the better side today.

“Overall, I’m proud of that performance but the Championship can be very cruel and that’s what’s happened.”

The Swans bounced back from their midweek defeat at Middlesbrough, thanks to goals from Connor Roberts in the second minute and Andre Ayew in the 88th.

In between times, they were often unconvincing with Luton dominating possession for long periods, even if the final 20 minutes when they were down to 10 men.

Swans head coach Steve Cooper was not overly critical of his players, however, opting to stress their obvious qualities of resilience and character in the face of a compressed fixture list.

The Swans host high-flying Bournemouth on Tuesday night and then travel to Cardiff City next Saturday for a fan-less derby against their most fierce rivals.

It’s shocking. Matty Pearson (for Luton at Swansea) got a second yellow for an attempt at an overhead kick like Pogba did v West Ham. If they’re going to be bad, at least be consistent. Won’t be the only case of this today either.

“It wasn’t easy because I don’t think any game is going to be in this schedule,” said Cooper.

“The reality is we were in Nottingham on Sunday, Middlesbrough on Wednesday and then the best part of 48 hours, you’re playing again. It’s tough.

“It is what it is to get the league up and running, but there’s going to be no straightforward games for anybody.

“To show the character, resilience and to keep a clean sheet, after that week and with a little bit of a setback against Middlesbrough in how we played, it’s really good sign of the mentality in the dressing room.

“In the end we showed enough quality in the game and enough resilience to get the right result. I’m pleased with that.

The Swans went ahead when they were at their most fluent in the opening minutes as Roberts – whose scored last week at Nottingham Forest – clipped a deflected shot into the top corner from 20 yards.

Luton pressed hard for an equaliser, but missed the chances they created and were denied other due to a commanding display in the centre of the home defence from Ben Cabango.

Ayew wrapped up the point with a typically classy goal two minutes from – running at a back-pedaling defence and then thumping a low shot home from the edge of the box.

Cooper heaped praise on Cabango and the way he had battled back from a below par display in the defeat at Middlesbrough.

Odd game.
Ultimately, all that matters from a Swansea perspective is that they found a way to win.
Luton deserve credit, gave it a real go, even with 10 men – if a Swansea player got a second yellow for that I’d be fuming.
Terrific goal from Ayew. Again.
Two big games next 👀

“He had a tough night on Wednesday, let’s not hide away from that – although he was not on his own in that.

“I said to him that will make him a better player. To become an established player you need to have ups and downs. Wednesday was a slight down, but he didn’t half bounce back today and I’m so proud of his performance.

“To show the character, resilience and to keep a clean sheet, after that week and with a little bit of a setback against Middlesbrough in how we played, it’s really good sign of the mentality in the dressing room.”